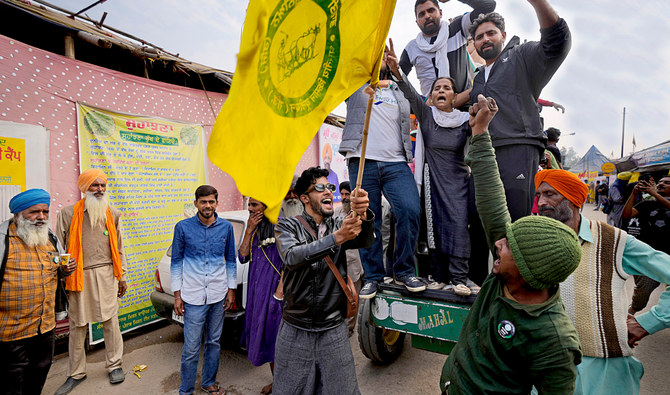 The Indian government was forced to repeal farmers law after year-long protests. It will repeal three controversial agricultural laws that resulted in year-long protests by hundreds of thousands of farmers, Prime Minister Narendra Modi announced on Friday.

Indian Farmers win, from the states of Punjab, Haryana and Uttar Pradesh, where most of the country’s agriculture is concentrated and yields are high, have been protesting since September 2020, holding firm on their demand that the farm laws must be scrapped.

It’s been one of the largest protests in human history, lasting more than a year and involving 100,000s.

Facing brutal repression, hundreds have died. But today, the will and determination of Indian farmers forced Modi to repeal his anti-farmer laws.

Victory to the farmers! ✊🏽

Modi had to repeal farmers law out of desperation

They said the laws would leave them at the mercy of corporations by allowing an unregulated entry of private players into the farm sector and eliminating the minimum support prices the government sets for agricultural products every year.

Friday’s victory may even prompt the farmers to demand more concessions by the Modi government. This is a huge victory for the Sikh community, who led the protest, really flexed their power in protests despite persecution and hostile police in India.

“I think this is a serious crisis for the Modi government,” Mukhopadhyay said. “If the winners take the first bout, they would like to have the second bout too.”

A massive defeat to Modi Government

Modi made the announcement during a televised address to the nation, saying the process to withdraw the laws will begin in December when parliament sits for the winter session.

“Today, I want to tell the country that we have decided to repeal the three farm laws,” the prime minister said, requesting the protesting farmers camped out in the outskirts of New Delhi to return to their homes and fields.

“Let us move forward afresh. In the parliament session starting at the end of this month, we will complete the process of repealing the three laws.”

Sanyukta Kisan Morcha (Joint Farmers Front), which represents more than 40 farm unions, welcomed Modi’s announcement and demanded a guarantee on the minimum support prices for all products. The group said that the repeal of the laws “will be a historic victory of the one-year-long farmers’ struggle in India.”

Rakesh Tikait, the leader of the Indian Farmers’ Union, addressed the farmers in Delhi on Friday saying, “We will wait for the day when the farm laws are repealed in parliament.”

“The question is, has the decision come too late? Elections are just a couple of months away, and I don’t think the government can win back farmers now.”