24-year-old Cristina B was arrested last week for belonging to a terrorist organisation after she attempted to cross into the conflict zone Syria to join ISIS, according to police sources.

Her pictures on social media show her at Valencia’s Las Fallas festival and up until January 2017, Cristina B was like any other young woman in the small town Cullera, in the Spanish region of Valencia. Online she is seen dressed as a fallera – wearing an elaborate traditional dress during Valencia’s famous Las Fallas festival. Other pictures show her in sports competitions, going out with friends and romantic moments with someone who appeared to have possibly been her partner. 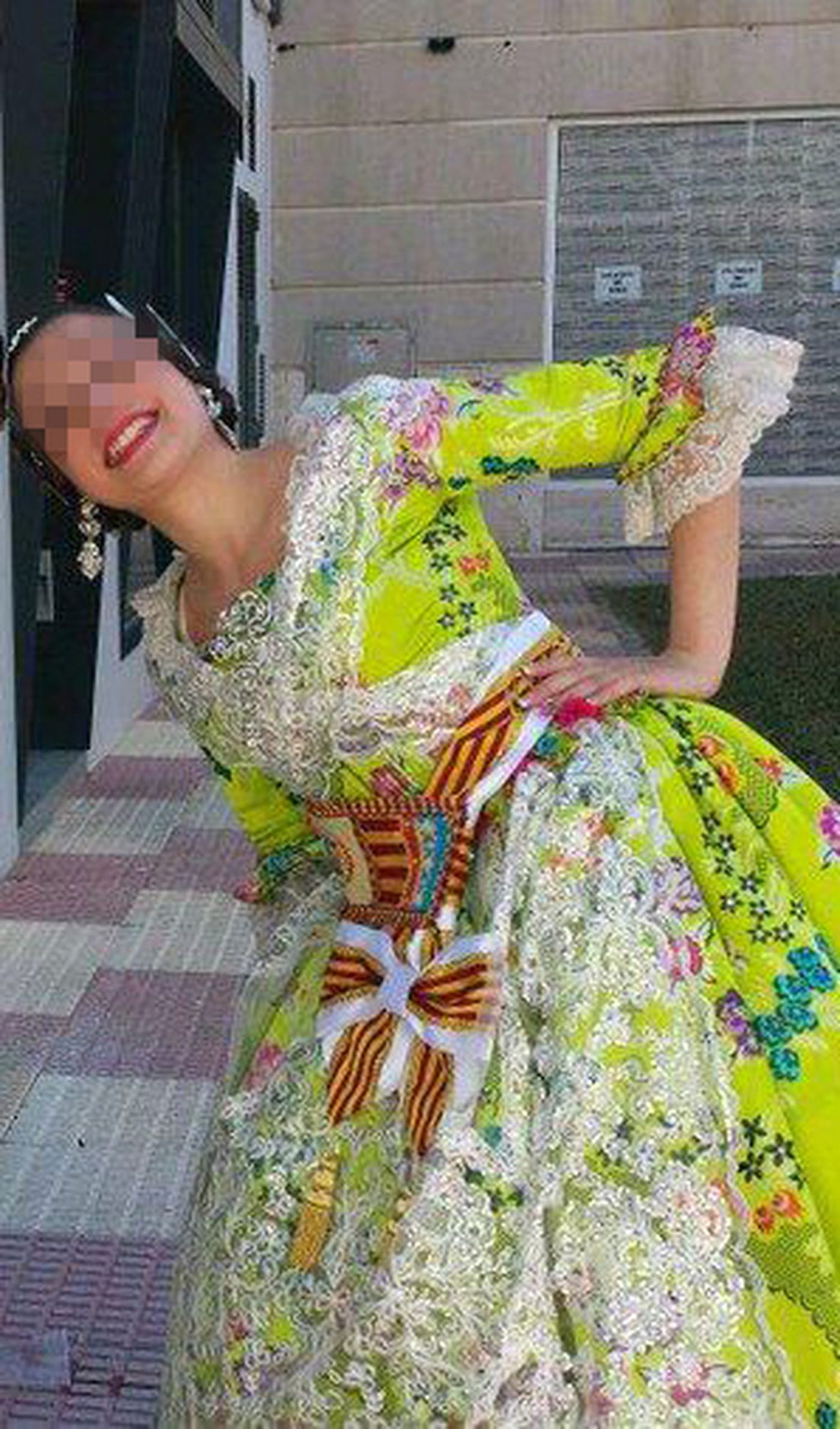 But for the last 11 months, Cristina B was known in her small town as “the woman in black.” She swapped out her wardrobe of colourful prints for a black niqab. And the change didn’t go unnoticed. Her family and friends may have noticed but so did her town of just 22,0oo people. One of those people in Cullera alerted the police: “She is the only person who dresses like that.”

For over a decade Cristina had belonged to a group that helped organise fiestas. She left the group – Raval de Sant Agustí Falla – two years ago but had recently returned with one of her best friends.

Following the recent attacks in France, she began to write things in an apocalyptic tone, showing certain suicidal thoughts and her willingness to be a martyr.

Cristina had completed a cooking training course at the Joan Llopis Mari School, and in recent years she had been making a living by baking cakes and working in the hostelry industry, according to sources of a year-long investigation. The investigation led to Cristina’s arrest last Wednesday on charges of belonging to and financing a terrorist organisation. The alleged jihadist, who officers say sent  “at least €5,000” to Islamic State (ISIS) forces in Syria, was remanded in custody on Friday by orders of a judge at Spain’s High Court, the Audiencia Nacional.

Cristina was arrested at her parent’s home, whom she was living with, despite getting married in Morocco in December 2019. She married a young Moroccan surfer but the relationship ended after her husband refused to cross with her from Turkey into Syria last January. After her “failed” trip, divorce proceedings began and Cristina looked for ways she could join ISIS by herself.

After the beheading of French teacher Samuel Paty, Cristina wrote on social media “He deserved it.” Mr Paty was killed after he gave a class on freedom of speech and showed the Charlie Hebdo images of the Prophet Muhammed.

“She had bought her tickets and had the contact details of the person who was going to help her cross into Syrian territory,” say sources close to the investigation, who watched incredulously as Cristina’s views grew exponentially radical from January onward.

It is believed Cristina converted to Islam in the spring of 2017 and began calling herself  “Fátima” in Muslim settings, according to sources from the case.

In August 2017, coinciding with the terrorist attacks on Barcelona, she began obsessively researching for more radical material. “The search history of seven devices that were seized from her home show the compulsiveness of her searches,” say sources close to the investigation. They say she collected manuals about the use of firearms and on how to make explosives. Some of those she even shared with friends, who despite thinking her transformation was “strange”, they never turned their back on her. 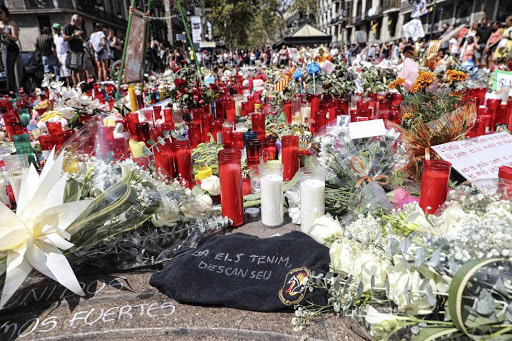 Sources say Cristina used her friends to skillfully help her find out information. She had asked them to do things for her such as “buying, selling, looking for information on the internet” in an attempt to hide her preparations to join ISIS.

“After the recent attacks in France, she also began to write things in an apocalyptic tone, showing certain suicidal thoughts and her willingness to be a martyr,” say sources close to the investigation. “Her parents, knowing the path that their daughter was heading down, felt a degree of relief after her arrest,” the same sources say.

“In a bid to get married to one of the jihadists that she met via social media, the accused left her job last September to focus solely on collecting money, which she obtained by criminal acts, to pay for her journey to the ‘conflict zone,’” explained the police press release sent last Friday.

The conflict in Syria started in 2011, and women have played an important role among European ISIS fighters. Women have now moved to the frontline, where they act as caregivers, the mothers of future jihadists and as mere sex objects.

But sources close to the investigation say Cristina’s goal was to “join the combat”- which is why she “vigorously studied manuals on the use of weapons.”

“These terrorist groups have focused part of their work on recruiting women, mainly via social media, with the aim of marrying them to a Mujahideen [soldier who forms part of an Islamist movement] or waging violent jihad, and even integrating them in the so-called Women’s Brigades,” according to the press release.

The National Police have arrested eight women since 2014, who had planned on travelling to the “conflict zone.” The last woman was arrested in February 2014. According to police information, her journey to the Syria-Iraqi zone was thwarted when she learned of her husband’s death in combat. She had already begun the journey with her four children when she learned of the news. She was sentenced to five years in prison by the High Court, for belonging to a terrorist organisation.

At least two Spanish jihadist women, Luna Fernández and Yolanda Martínez, also joined ISIS with their husbands. After the fall of ISIS, the two women and their 13 children were sent to the Al Roj refugee camp where they remain as they await for Spanish and European authorities to decide whether or not they should be repatriated.