When are the January 2023 road strikes and how will they affect travel? 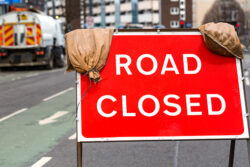 Members of the Public and Commercial Services Union working on England’s highways have voted to go on strike as the New Year kicks off.

The PCS’s planned industrial action is just the latest in a string of transport sector strikes, as workers fight for better pay and working conditions.

But what dates are road workers planning to go on strike and how will the walkouts affect travel as we move into 2023?

Here’s all you need to know.

What dates are road workers planning to strike?

Members of the Public and Commercial Services union (PCS) working for National Highways in South West England and the West Midlands staged a two-day strike, which started on December 30.

Those in the rest of the country are striking in the first week of January – with a two-day walkout which began on Tuesday January 3 and continues today, Wednesday January 4.

Those in the East Midlands and Eastern England will stage further strikes on January 6 and 7.

When are the December and January strikes?

The full list of strike dates are as follows:

Why are the road workers striking?

The PCS is a union which represents workers that are employees of the UK government.

Various other elements of its membership have been (and will be) going out on strike, including border force officials and Driver and Vehicle Standards Agency workers.

Like many other striking workers, people working on England’s highways voted for industrial action following a dispute over pay.

They are also striking over pensions justice, job security, and no cuts to redundancy terms.

PCS General Secretary Mark Serwotka said: ‘We know our members’ action could inconvenience travellers who plan to visit their relatives over the festive period, but our members have been placed in this situation by a government that won’t listen to its own workforce.

How much will you be travelling around New Year?Comment Now

‘With the serious cost-of-living crisis they deserve to be paid properly for the important work they do, keeping our roads running safe and free. The government is in the driving seat here – it’s in a position to stop these strikes by putting money on the table.’

How will the strikes affect New Year travel?

National Highways Workers plan, design, build, operate and maintain the country’s roads and PCS has said that strikes could bring the road network to a standstill.

Although roads are due to remain open for travel, drivers should expect delays and the possibility of last-minute closures.

This means that Britons travelling this week will have to plan their travels around the strike dates.

With many road strikes coinciding with rail strikes, it will be incredibly difficult to travel on some days so make sure you plan ahead to avoid being stranded.


MORE : Brits heading back to work face worst rail strikes yet with five days of action


MORE : Who is RMT Union leader Mick Lynch and what is his salary as strikes continue?

Road workers are striking over pay.