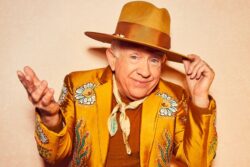 American actor Leslie Jordan has died at the age of 67 following a car crash.

The star was best known for his roles in Will and Grace and American Horror Story.

It is understood that his car crashed into the side of a building and he was declared dead at the scene. It is not clear if he was killed in the collision or if he had suffered a medical emergency beforehand.

Born in Chattanooga, Tennessee in 1955, he came out as gay to his mother aged 12 in the deeply conservative US state. “I told my mother I thought something was up. I didn’t even know the word ‘gay,'” he told People magazine.

“She didn’t pull her Bible out, which I thought she would. She said, ‘I’m just really afraid that if you choose this path, you’ll be ridiculed,'” he recalled, adding that she told him to “‘just live your life quietly.’ I didn’t follow her advice on that one.”