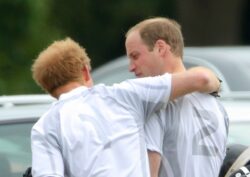 Monday’s front pages are dominated by Prince Harry’s ITV interview – ahead of the release of his book Spare on Tuesday. Harry sat down with friend and journalist Tom Bradby to discuss his life, the death of Diana and what’s ahead for him and the royals.

There’s no surprise the right-wing tabloids are having a meltdown this morning. The Daily Mail claims his remarks in the interview about how his family were complicit in the “pain and suffering” that wife Meghan endured. The paper boldly claims Princess Diana would have been appalled at Prince Harry’s “petty vindictiveness.”

The Daily Telegraph highlights Harry’s claim William and Kate stereotype his wife and never really accepted her from the beginning. The paper notes Harry wasn’t given the easy ride people expected considering the interviewer is Harry’s friend.

It suggests Bradby refused to let Harry off the hook and questioned him about his claims to the point where the interview became “testier.”

The Sun leads with the headline: “We never called Royals racist” as Harry rowed back on claims he and Meghan made in the Oprah interview. The paper says viewers were left “astonished” after he denied that he and Meghan had accused the royals of racism.

The Mirror also focuses on the clarification – saying he’s left it too late to back away from the allegations they made regarding the ‘concerns’ over his son’s skin colour.

The Daily Express says Harry has “put the record straight” over the allegations of racism within the family. The paper says the palace would welcome the clarification but still criticises Harry for writing his book in the first place, claiming he “sold his soul.”

The Times suggests Harry was holding out an olive branch to his family – but publicly saying they weren’t racists.

Away from royal news, the storming of government buildings in Brazil – in eerily similar scenes to the US capitol attack, is pictured on several front pages.

The Times features a picture of the events in Brazil and shows supporters of former far-right president Jair Bolsonaro storming government buildings.

The Guardian features the Brazil unrest, but the paper’s front page lead is on hopes of a possible breakthrough on deal for nurses. The paper says ministers are now prepared to look at a one-off payment.