The world is facing a public health crisis that may be the worst for over a century. All other news stories have been pushed to the sidelines, as the world scrambles to contain the coronavirus outbreak. But how will global affairs change in the wake of this health crisis? Will the pandemic offer US-Iran relations a glimmer of hope?

Iran and the United States

The US and Iran have had a troubled relationship since 1953. As they both struggle to confront this emergency, will the pandemic offer a glimmer of hope for US-Iran to have a better relationship in the future?

US sanctions have weakened Iran’s economy.  Washington says humanitarian items like medical supplies remain outside the sanctions net. But the web of restrictions on the Central Bank of Iran and the country’s ability to trade with the outside world is only highlighting its problems.

Transport disruptions and border closures due to measures introduced to tackle the virus have also made things more difficult.

Iran asks for $5bn, US will play a role in deciding

Iran is in desperate need of help dealing with the pandemic. The country has requested a $5bn emergency loan from the International Monetary Fund (IMF). This is the first time in 60 years Iran has asked for IMF funds.

A spokesperson for IMF said they have “had discussions with the Iranian authorities to better understand their request for emergency financing.” And that “the discussions will continue in the days and weeks ahead.”

But the US is one of the most important members of the IMF Executive Board and will have a significant say in whether Iran gets the money.

The US should give Iran what it needs and be more compassionate in its approach to Iran’s health crisis, say US experts.

Mark Fitzpatrick, an expert on the Iranian nuclear programme, believes there is now an opportunity to be seized to break the log-jam.

“US policy toward Iran is stuck, failing to change Iran’s behaviour except for the worse,” he tweeted on Monday.

Covid-19 will push Iran into the arms of Russia

Iran specialist Barbara Slavin argued the idea that the pandemic might prompt the overthrowing of the Iranian regime.

“The likelihood of massive protests … seems slim given government directives to stay home and rational fears that mass gatherings will only spread the virus,” she wrote in the US journal The American Conservative.

She said the US treasury department had taken small steps to clarify that the humanitarian channel to Iran remained open. But there is no indication that the “maximum pressure” campaign is being reconsidered.

“It appears that the crisis will only push Iran deeper into the arms of China and Russia and strengthen those in the regime who reject reconciliation with the west.”

“The Revolutionary Guards, who are handling much of the response to the virus and building emergency medical facilities,” she said, “will grow even more powerful.”

Does the pandemic offer any hope for US-Iran reconciliation?

The Trump administration has sought to score diplomatic points in the crisis.

Mike Pompeo, said Iran’s leaders had “lied about the Wuhan virus for weeks” and they were “trying to avoid responsibility for their… gross incompetence.”

Yes, the US Secretary of State calls the coronavirus the “Wuhan virus”.

Pompeo stated that “the Wuhan virus is a killer and the Iranian regime is an accomplice.” 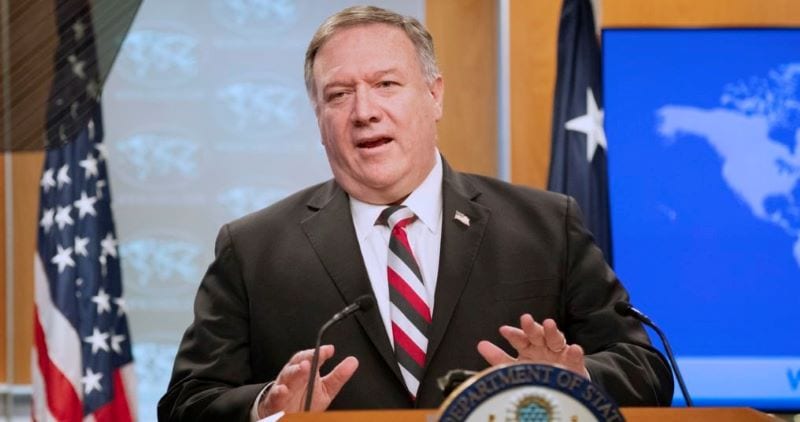 But says the US was still “trying to offer help.”

“We have an open humanitarian channel … even as our maximum pressure campaign denies terrorists money.”

The US and Iran were on the brink of war not long ago.

The US believes rocket attacks on Iraqi military bases used by coalition forces were by pro-Iranian Shia militia.

One of the attacks killed three coalition service personnel – including a British medic – and the US responded with air-strikes.

General Frank McKenzie of CentCom, who is in charge of US forces in the Middle East, told the Senate Armed Service Committee that the coronavirus outbreak might make a weakened Iran “more dangerous.”

The US is not taking any risks, unusually maintaining two aircraft carriers in the region.

But the pandemic seems to be reducing military confrontation in the wider region. The Iran-Israel fight, for example, seems to be a lot quieter. 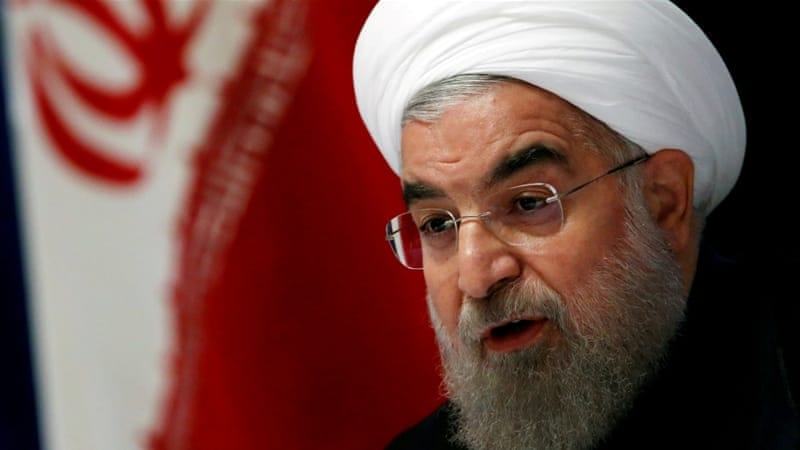 President Hassan Rouhani said on Wednesday that Iran had responded to the US killing of Gen Qasem Soleimani in January. But made it clear the response would continue.

“The Americans assassinated our great commander,” he said in a televised speech. “We have responded to that terrorist act and will respond to it.”

On the surface, there doesn’t seem to be much of a chance to soften the US-Iran relationship.

Depending on how the US approach the IMF loan we may get a clearer idea on how things could develop.

Iran may need to tactically restrain some of the groups who have Western forces in their sights. And will need to release detained foreign nationals.

The US will need to decide whether this is an opportunity to create a small opening with Tehran or whether the pressure on the regime from sanctions and the coronavirus is a moment to tighten the grip.

The decision could prove to be crucial for whatever comes when the pandemic has passed.