Interior Minister Gerald Darmanin said the man was stopped by two off-duty police officers who were returning home from a shift.

The suspected knifeman was shot three times and taken to hospital with serious injuries.

There is no known motive for the attack at the moment.

The knife attack took place at 06:42 local time – within one minute all six people were injured and the attacker was stopped.

Mr Darmanin thanked the police for their “brave and effective” intervention, which saved many lives.

Among the six injured includes a border force officer.

Police are yet to name the man and criminal investigators have taken control of the case – rather than anti-terror police.

The incident caused major travel delays for the morning train rush, with the station cordoned off and large white curtains around the attack scene.

The station is one of the busiest international railways stations in Europe – with around 700,000 a day. 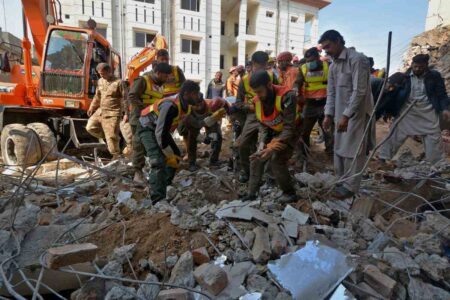