Rory Kinnear rules out James Bond favourite Aaron Taylor-Johnson as next 007: ‘It never tends to be the frontrunner’ 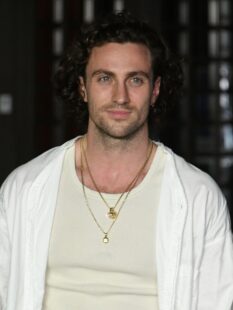 James Bond film series actor Rory Kinnear said the next person to play 007 after Daniel Craig will not be a ‘frontrunner’ like Aaron Taylor-Johnson.

The 44-year-old actor has starred in the last four Bond films, first appearing in Quantum Of Solace in 2008 as MI6 chief of staff Bill Tanner and last in No Time To Die in 2021.

The Imitation Game performer was asked on Friday’s The One Show about the chances of the Nowhere Boy star, 32, becoming next Bond, after a ‘lot of noise’ about the Aaron being up for the role.

While other names in the mix include Henry Cavill and Lucien Laviscount, it was claimed Aaron recently met with James Bond chief Barbara Broccoli to discuss stepping into the suave spy’s tuxedo.

Asked about Aaron’s ‘chances’ by host Roman Kemp, Rory replied: ‘I always feel slightly bad for the people who are being highlighted, because that never tends to be them. They are very good at keeping the real person secret.

The Black Mirror actor, who also ruled himself out of playing Bond, added: ‘I’d be interested to see who does take over, obviously, but it tends not to be the frontrunner, that’s historically [how it has been].’

Aaron Taylor-Johnson is currently the hot favourite to take over as Bond (Picture: WireImage)

Rumours about Aaron taking over from Daniel reached a fever pitch when it was reported last month he had filmed a version of the iconic 007 gunshot opening as part of a ‘top secret screen test’ for the part at Pinewood Studios.

A film source said to The Sun: ‘Aaron has impressed bosses so much that he has filmed one of the franchise’s famous gun barrel teaser scenes, something all the Bond actors do. That move takes him a step closer to signing a deal.

‘Bosses at the brand were really impressed with his unique blend of acting intensity and his impressive back catalogue of action films.’

Daniel Craig stepped down as Bond after No Time To Die (Picture: MGM/Eon/Danjaq/UPI/Kobal/REX/Shutterstock)

But while many names have been bandied about – including Idris Elba, Tom Hardy and Rege-Jean Page – producers Broccoli and Michael G. Wilson said last year it’s still ‘early days’ in casting.

‘And when we cast Bond, it’s a 10-, 12-year commitment. So he’s probably thinking, “Do I really want that thing?” Not everybody wants to do that. It was hard enough getting [Daniel Craig to do it].’

Michael added to Variety: ‘And he was in his early 30s at the time!’

‘The thing is, it’s going to be a couple of years off,’ Barbara said.

The One Show continues on Monday on BBC One at 7pm.


MORE : Emily in Paris’ Lucien Laviscount next name in ring to play Bond: ‘He ticks all of the boxes’

‘I feel slightly bad for them,’ Rory said.