Rihanna’s Super Bowl performance will be ‘unlike anything you’ve ever seen before,’ promises musical director 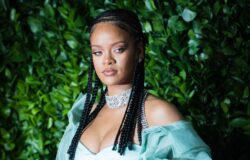 Rihanna’s musical director has been dropping hints about her upcoming Super Bowl show and we are bursting with excitement.

The Umbrella hitmaker will make a spectacular return to the stage next month for the Halftime Show, after stepping away from music to focus on her brands Savage X Fenty, Fenty Beauty, and Fenty Skin.

Rihanna’s last album was Anti, released in 2016, but she recently delighted us all with Lift Me Up from the Black Panther 2 soundtrack, so we are more than ready to see her back on stage, where she belongs.

Speaking about her set, Adam Blackstone said it’s going to be ‘unlike anything you’ve ever seen before’ which, honestly, gives us goosebumps to just think about.

Lifting the lid on the creative process and what it’s been like working with the star, he told Rolling Stone: ‘It’s been cool. We’re spearheaded by the team at Roc Nation, Willow, incredible choreographer and creative director Parris Goebel, and my partner on this is Omar Edwards as the co-musical director.

‘So, it’s been really cool, man. The thing about Rihanna is that she’s so creative. She is boundary-pushing at all times, so it’s going to be unlike anything you’ve ever seen before, and we always try to push the envelope with her.’

Rihanna will return to the stage properly since her last album was released in 2016 (Picture: Savage X Fenty/Instagram)

While Adam, of course, isn’t going to spill specifics about Rihanna’s performance, he did add: ‘This is her first time coming back as Rihanna, the artist.

‘She knows that her career has expanded different sonic pallets, from EDM to pop to hip-hop to ballads, so we want to try to give a little bit to everybody.’

So, going off the musical director’s comments, we can expect tunes from all different Rihanna eras when she returns on February 12 at State Farm Stadium!

What are your predictions for Rihanna’s Super Bowl show?Comment Now

Does this mean a dance medley of S&M, Work, and We Found Love before an emotional piano moment to Diamonds, Love on the Brain and Take A Bow?

And what about the outfits? The choreography? The set design? We have so many questions – but the countdown is on!

Rihanna – who became a mum for the first time last year – previously said she’s has mixed emotions about performing at the iconic event, which is watched by millions around the world.

We have every faith that Rihanna will deliver a set that leaves everyone speechless (Picture: Axelle/Bauer-Griffin/FilmMagic)

Asked how she felt about the performance while out grocery shopping in Los Angeles back in October, she told US outlet TMZ: ‘I’m nervous… but I’m excited.’

While Rihanna is expected to be joined by special guests for the show in true Super Bowl style, the Barbadian star declined to comment further on deets.

Her performance is certainly highly-anticipated, especially given that Riri declined to perform at the Halftime Show in 2019 out of solidarity with former US football player Colin Kaepernick.

The show has previously been headlined by global superstars including The Weeknd, Shakira, and Jennifer Lopez, and we have no doubt that Rihanna is going to bring the party.