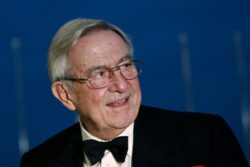 Prince William’s godfather and the last king of Greece, has died at the age of 82.

Constantine II was reportedly admitted to a hospital in Athens last week with breathing problems.

A close friend of his second cousin King Charles, Constantine was one of William’s six godparents.

He was one of William’s six godparents.