BBC News says Boris Johnson is due to visit Scotland on Thursday despite the country’s first minister questioning whether the trip is necessary.

The PM is expected to emphasise the strength of the UK working together in the fight against Covid-19.

He is also likely to thank the staff involved in responding to the pandemic.

Scotland’s First Minister Nicola Sturgeon has questioned whether his trip is “essential”. Asked at her daily coronavirus briefing on Wednesday how she felt about the expected visit while strict travel restrictions were in place, Ms Sturgeon replied she was “not ecstatic” about it.

The Guardian says cases of coronavirus have started to decline in England but must fall faster to relieve pressure on the NHS, scientists behind a Covid infection survey have warned.

Researchers at Imperial College London analysed more than 160,000 swabs taken between 6 and 22 January and found that while cases fell nationally in the past week the rate was not dropping swiftly enough to reduce strain on the health service

France24 says the EU is pushing AstraZeneca to supply the bloc with more doses of its vaccine from plants in Europe and Britain after the company announced delivery delays, adding to frustrations over the EU’s inoculation programme.

The EU is making more comprehensive checks on vaccines before approval, which means a slower rollout of shots compared with some other regions, especially former EU member Britain.

RT News says at least nine Lebanese soldiers have been injured in Tripoli, one critically, by a grenade attack, in a third consecutive night of clashes during protests against ongoing Covid restrictions and the country’s economic crisis.

Lebanon’s Internal Security Forces said in a statement that “the grenades that were fired at the officers were military grenades” and were not Molotov cocktails. The incident occurred as protesters attempted to force their way into the building housing the Governorate of North Lebanon.

Arab News says Dubai has said pre-flight PCR tests will be required from all inbound visitors regardless of country of departure as of Jan. 31, state news agency WAM reported.

The committee has also decreased the test’s validity period to 72 hours from the 96 hours, the report added.

Some visitors will also be required to do another PCR test upon arrival, dependent on their country of departure.

Aljazeera says Indian farmers have called off a march to parliament on February 1, following violent clashes with police a day earlier that left one person dead and hundreds injured.

Tens of thousands of farmers have been camped on the outskirts of New Delhi for two months to demand the withdrawal of three farm laws passed last year, which they say benefit big private buyers at the expense of growers.

On Tuesday, a protest parade of tractors around the fringes of the capital to coincide with Republic Day celebrations turned into chaos when some farmers diverged from agreed routes and broke through barricades.

TRT World says the US has faced a heightened threat of domestic terrorism from people disgruntled with the outcome of the November presidential election, the Department of Homeland Security has said.

The advisory on Wednesday follows the storming of the US Capitol on January 6 by supporters of Donald Trump in which five people were killed, and the inauguration of Joe Biden as president last week amid heightened security in locked-down Washington.

US Indicts Oath Keeper Members Over Plot to Storm Capitol

VOA says the US has secured an indictment against three members of the far-right Oath Keepers militia, accusing them of conspiring to storm the U.S. Capitol in a bid to stop Congress from certifying President Joe Biden’s electoral victory.

The indictment alleges that Jessica Marie Watkins, 38, Donovan Ray Crowl, 50, both of Campaign County, Ohio, and Thomas Caldwell, 65, of Clarke County, Virginia, conspired as far back as November to obstruct Congress, a charge that can carry a maximum prison sentence of 20 years.

Tomorrow, N Ireland and the southern half of Britain will be dry albeit cloudy. Further heavy rain will push-in in the evening. Rain, sleet and hill snow will linger in the north for much of the day.

This evening in the north, rain, sleet and hill snow will ease before further rain pushes in from the south-west. Further south, the heavy rain will clear by midnight to showers and patchy cloud.

Petition to have @rickygervais host the Oscars 2021.

No home for the Rohingya refugees as Bangladesh moves them out

‘The more music you have in the world, the fuller it is.’

Easyjet today saw total revenue shrink nearly 90 per cent for the first quarter as the coronavirus pandemic showed no signs of abating.

The budget carrier started the new financial year as it finished the last one, with revenue slumping to a mere £165m for the three month period. – CityAM

Domestic abuse victims blocked from getting legal aid will no longer be pushed into selling their homes in a bid to obtain justice and secure safety from their violent partners.

The legal aid victory, which comes into force on Thursday, eradicates the cap on mortgage allowance previously used when determining the eligibility of an individual seeking legal aid. – The Independent

German prosecutors in Munich have charged a woman for planning a far-right attack and other crimes targeting Muslims and local politicians in Bavaria.

Susanne G., whose last name wasn’t given under privacy laws, has been in custody since her arrest in September.

She is accused of building a bomb to target Muslims, as well as making threats and violations of weapons laws, among other charges. – Euronews

In a first for France, six non-governmental organisations launched a class-action lawsuit on Wednesday to press the French government into tackling systemic discrimination by police officers carrying out identity checks.

President Joe Biden signed a series of actions Wednesday to combat climate change, saying they will restore “scientific integrity and evidence-based policymaking” across the U.S. government.

A week into his presidency, the new U.S. leader called climate change an “existential threat.”

The United States will only return to the Iran nuclear deal once Tehran meets its commitments, Secretary of State Antony Blinken said on Wednesday, warning of a long road ahead until the process is verified.

On his first full day as the top US diplomat, Blinken confirmed President Joe Biden’s willingness to return to the 2015 deal from which his predecessor withdrew but rejected Iranian pressure for the US to act first. – Aljazeera

Oman’s Ministry of Health said the second dose of the Pfizer-BioNTech coronavirus vaccine will be postponed, the daily Times of Oman reported.

“The delay has been caused by the manufacturer in supplying the agreed doses to Oman. This delay would include all countries of the world contracted by the company in order to expand the production lines resulting from the increased demand,” the report quoted the ministry. – Arab News

Tunisian police slapped and arrested a photojournalist working at night despite his having an authorization to be out after curfew, the national press syndicate said on Wednesday amid criticism of the security forces’ handling of protests.

The Singaporean teenager detained under the Internal Security Act for planning to commit terrorist acts at two local mosques will get a lawyer and attend a hearing to set out his position.

“He will get a hearing within the rubric of the Internal Security Act and he would have a lawyer, and his position will be put across. His parents are fully involved,” Law and Home Affairs Minister K Shanmugam told reporters on Thursday (Jan 28).

Dutch expert who is part of team in Wuhan cautions that investigation just the beginning, and it could take years to work out the origins of the virus. – Aljazeera 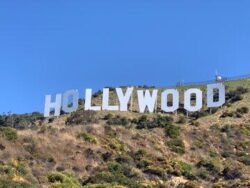 Hollywood suffers 80 percent revenue drop due to pandemic – Read on