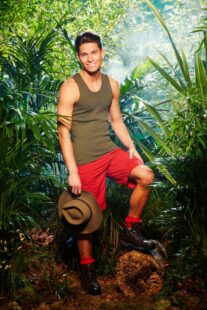 Joey Essex has revealed he was on stand-by to return to I’m A Celebrity…Get Me Out Of Here in 2020 amid fears about Covid-19.

The Towie star, who became an instant icon on the 2013 series when he declared he’d seen a ‘dragon on the bridge’, is now up for returning for a third time and make it a ‘hat-trick’.

Chatting to Metro.co.uk at the Pride of Britain Awards, Joey explained: ‘I did the jungle in 2013, I was meant to do the Wales one, I was in quarantine with another 15 people or whatever.’

In 2020, when Covid first hit, I’m A Celebrity aired from Gwrych Castle in Wales. Bosses had back-up plans for if any of the celebrities contracted Covid-19, with Joey and other celebs on stand-by to step in.

Thankfully, the stars stayed healthy, but if Joey had stepped in, it would have marked his second time on the show – and now he’s considering yet another return, after the announcement of the all-star series of I’m A Celebrity, which will see fan favourites return for a series broadcast from South Africa in 2023.

‘Now there’s the all-star [series],’ Joey continued. ‘I mean who knows? Maybe. I could make it a hat-trick. That would be amazing.’

Joey starred in I’m A Celebrity 2014 – but almost came back for more (Picture: PA)

Ant and Dec finally confirmed the all-star series of I’m A Celebrity last month, describing it as ‘the worst kept secret in telly’.

They added: ‘We’re here, it’s going to be your favourite celebrities from the last 20 years who are going back in to do it one more time.’

Meanwhile, this year’s series is set to return to Australia for the first time since 2019.

While names have not yet been confirmed, some of the stars thought to be taking part include Mike Tindall, Boy George, Love Island’s Olivia Attwood, Lionesses star Jill Scott, Strictly star and comedian Seann Walsh, Celebrity Gogglebox’s Babatunde Aleshe, and broadcaster Charlene White.

The series is also said to be starting in just under two weeks’ time, on November 6 – so not long to wait now!

Apart from the PM, who lives on Downing Street?

From mum’s ‘tiny’ chemist’s to the door of No10: Rishi Sunak’s journey to PM

Joey Essex suited up for the Pride of Britain Awards, which celebrate the nation’s unsung heroes, and attended alongside the likes of Michael Sheen, Holly Willoughby, Phillip Schofield, Dame Kelly Holmes, Sir Mo Farah and the Lionesses.

The Daily Mirror Pride of Britain Awards will air on ITV on October 27 at 8pm. I’m A Celebrity…Get Me Out Of Here will return to ITV this November.

He’s considering returning again and ‘making it a hat-trick’.