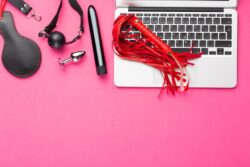 ‘I like FinDom because they know they only have one job, and that’s to give me money’ (Picture: Getty Images/iStockphoto)

Financial domination is a kink that involves monetary control, and it’s not as simple as it sounds.

Financial domination, or FinDom used to mean controlling someone’s finances and budget – the dominant would allocate most of the money to themselves, and allow the sub to have about enough to love off but not much else.

It sounds simple, but there’s definitely an art to it. So how does it work?

Miss Foxx, who first got into the FinDom world a decade ago, says a big part of it is engaging with the subs, and recalls how the longest conversation she’s ever had with a submissive was five hours.

While there are times when you’ll be able to say a few words to get a sub to part with their money, one of the most rewarding parts for both parties can be connecting on a deeper level.

‘How I’ve managed to become a millionaire,’ she explains, ‘is because I’ve had several really great relationships with submissives, where we’ve had real-time relationships.

‘We’ve known each other in the real world, we’ve travelled together, they’ve met my friends, family, and we’ve gone places and done things.

‘There are other submissives that I do just have a primarily online relationship with. But still, I am engaging with them.’

This can be a double-edged sword however, as it can take a lot out of you.

‘Men are such hard work because they haven’t fully identified their own feelings and emotions yet’ (Picture: Miss Foxx)

When your job is getting to know a host of new people and fulfilling their fantasies on a regular basis, you can easily burn out just like in any other job.

Miss Foxx explains: ‘There are times where I am completely wiped out, and I’ve had to take a whole month off before because I hadn’t actually taken any time off for maybe eight years or so.

‘Imagine having these conversations with people every single day. It’s so taxing on the mind.’

In her line of work, Miss Foxx has also found men to simply be ‘hard work’.

‘They think “oh, my God, women are so complicated,”‘ she adds. ‘No. Men are such hard work because they haven’t fully identified their own feelings and emotions yet, as we know, and they can be very, very needy.

‘So I like FinDom because they know they only have one job, and that’s to give me money.’

Get in touch by emailing [email protected]


MORE : The top 10 things Brits wish they had known sooner about sex

‘I like FinDom because they know they only have one job, and that’s to give me money.’