Henry Cavill confirms return as Superman after five years: ‘Thank you for your patience, it will be rewarded’ 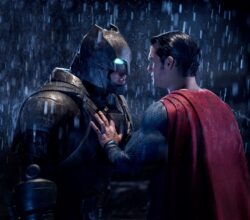 It’s official, Henry Cavill will be back as Superman after announcing his return to the DC Extended Universe.

Speculation has been rife for years about whether Henry, 39, would reprise his role as the beloved superhero with his last stint going back to 2017’s Justice League.

After Black Adam debuted in cinemas last weekend, the actor felt it was the appropriate time to confirm he will indeed don Superman’s cape once again.

In an Instagram post, Henry wrote: ‘A very small taste of what’s to come, my friends. The dawn of hope renewed. Thank you for your patience, it will be rewarded.’

He also appeared in a video in which he explained: ‘I wanted to wait until the weekend was over before posting this because I wanted to give you all a chance to watch Black Adam, but now that plenty of you have, I wanted to make it official that I am back as Superman.’

‘The image you see in this post and what you saw in Black Adam are just a very small taste of things to come. There’s a lot to be thankful for and I’ll get to that in time but I wanted to thank you guys most of all, thank you for your support, thank you for your patience. I promise it will be rewarded,’ he concluded to echo the caption.

Henry Cavill, who hasn’t played Superman in five years, has assured fans the wait will be worth it (Picture: Warner Bros.)

Reacting to the news, one DCEU fan tweeted: ‘I’m so happy for him and for the world Dc

Henry is the real Superman and there is no discussion about it.’

One fan declared: ‘We wanted this,’ while another said: ‘He deserves it so much, he’s a goat.’

‘Welcome back henry we missed you,’ one fan chimed in.

Throwing some slight shade, another wrote: ‘I am excited to see what Henry Cavill can be as Superman outside of Snyder’s misunderstanding of the character.’

According to The Hollywood Reporter, it’s not known who will be writing or directing Henry in his next turn as Superman but it’s expected he’ll star in at least one future solo movie.

He last appeared as the character in 2017’s Justice League.