Sandro has quickly become a fan favourite on the show (Picture: Channel 4)

The Great British Bake Off star Sandro Farmhouse has opened up on the time he was rejected from the show before finally making it onto the 2022 series.

Over the past six weeks, the 30-year-old has proven himself as one of the strongest contenders in the competition, frequently finding himself in the good books of judges Paul Hollywood and Prue Leith as well as earning the coveted Star Baker title in week five.

However, there was a time when Sandro had doubts over whether he’d ever make it onto the Channel 4 programme.

In an Instagram post, the baker extraordinaire shared a video of himself highlighting the phrase: ‘Don’t give up on your dreams.’

In his caption, he urged his followers to ‘not give up and keep going’, adding: ‘It sounds corny but dream[s] do come true, you just have to put the work in.’

‘Before actually applying to get in the tent, I had chickened myself out so many times,’ he revealed.

‘I then finally grew the courage and I applied, got pretty far into the application process and didn’t get in, I won’t lie this hit me hard. I was so close to getting in the tent but unfortunately it wasn’t my time, but I didn’t give up.’

Despite his previous disappointment, Sandro decided to go for it again when the time for a new round of applications arrived, ‘and this time it all worked out’.

‘Timing is everything,’ he said. ‘So, go for it. Whatever “IT” is just go for it, don’t give up and stay focused on that dream.’

Sandro has been named Star Baker once – can he do it again? (Picture: Channel 4)

Several of Sandro’s followers shared in the comments how his words had inspired them to follow their dreams, with one writing: ‘I applied for this season but didn’t get through. You’ve inspired me to apply again for next year!’

‘Thank you, just sitting in front of an email to send my book idea to a publisher when this popped up, deep breaths annnnnd press send pheeeeewwwww!’ another replied.

‘It’s so important to share our stumbles – thanks so much for sharing this! You’re a brilliant baker and our family is Team Sandro for the win!’ someone else wrote, with Sandro also dubbed an ‘inspiration to all us home bakers’.

Natalie India Balmain, 36, who stars on the Channel 4 programme Make Me Prime Minister, commented by revealing that she ‘never would have had the courage’ to take part in the past.

‘It’s been the best experience of my life and has done my confidence even more good! I used to worry so much if I had left things too late or if other people were doing more, but it’s your race and your race only/ I wasn’t too late, I was just on time,’ she wrote.

The Great British Bake Off returns tonight at 8pm on Channel 4 and All 4.

‘I won’t lie this hit me hard,’ the fan-favourite baker said. 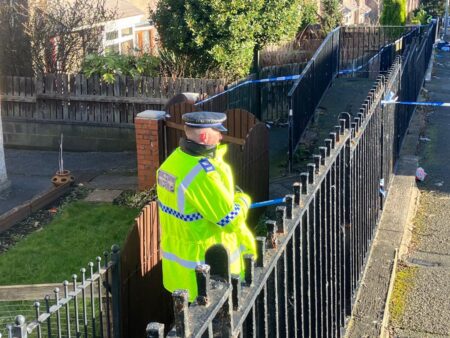