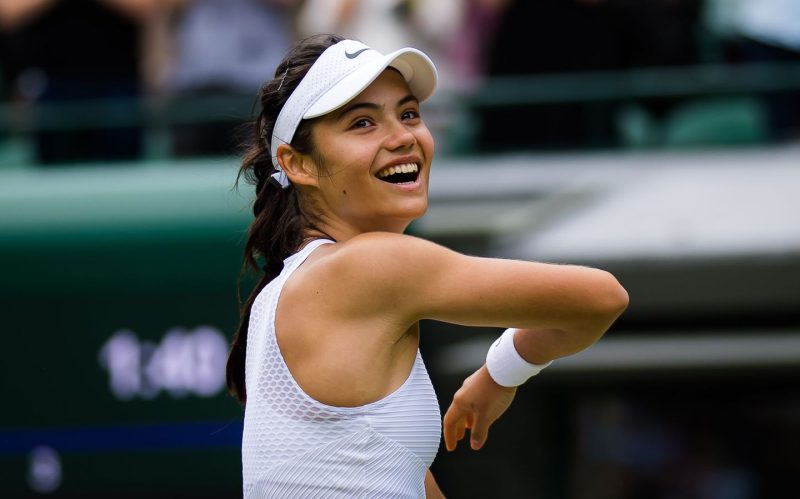 British tennis sensation Emma Raducanu has faced the terror of harassment from a 35-year-old stalker, who today was handed a five-year restraining order.

Amrit Magar walked 23 miles to Raducanu’s London home – where she lives with her parents – and even stole a shoe.

Staler Magar from Harrow, north-west London was also slapped with an electronic tag.

His punishment comes after he turned up at the tennis player’s home at least three time – he once even decorated a tree in the front garden with Christm,as lights and left decorations in a gift bag on the porch.

He once posted a card that included a hand-drawn map showing his 23-mile trek from his home to Raducanu’s home.

Magar was spotted by Emma’s dad who noticed one of his trainers that he had left on the porch had gone missing, and then followed him in his car.

Magar told coppers he was “drawn” to tennis champ Raducanu “because of her high-profile status after her victory in the US Open” and he stole the shoe, believing it belonged to her, as a “souvenir.”

On another occasion, he left a bouquet of flowers with a note saying “nothing to say but you deserve love.”

He was found guilty of stalking following a trial last month. The order imposed by the Judge bans Magar from contacting the US Open champion or her parents, coming within a mile of their street and attending any sports ground, stadium or training facility where she is in competition or attending to train.

Magar was also hit with an 18-month community order, including 200 hours of unpaid work, and an eight-week curfew (between 9pm and 6am) monitored by an electronic tag.