Quick Summary
Eastenders actress June Brown - who played Dot Cotton in Eastenders for more than 30 years, has died at the age of 95. 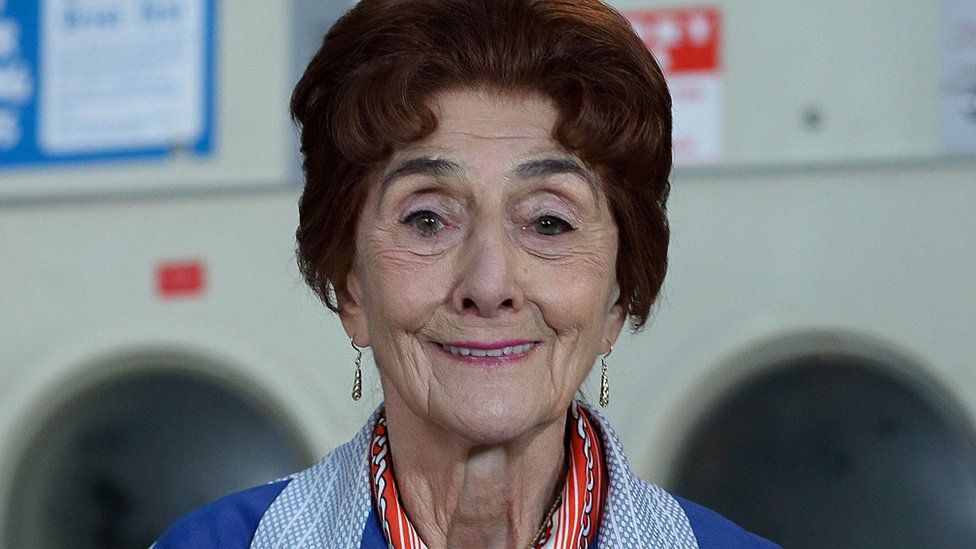 Eastenders actress June Brown – who played Dot Cotton in Eastenders for more than 30 years, has died at the age of 95.

Her family said they were “deeply saddened”  to announce that their “beloved mother” had died peacefully at her home on Sunday.

1/3“We are deeply saddened to announce that our beloved June Brown, OBE, MBE sadly passed away last night. There are not enough words to describe how much June was loved and adored by everyone at EastEnders, her loving warmth, wit and great humour will never be forgotten… pic.twitter.com/7OYtHJiIUb

An EastEnders spokesperson said: “There are not enough words to describe how much June was loved and adored by everyone at EastEnders, her loving warmth, wit and great humour will never be forgotten.

“June created one of the most iconic characters in Dot Cotton, not just in soap but in British television, and having appeared in 2884 episodes, June’s remarkable performances created some of EastEnders finest moments.”

Brown confirmed in February 2020 that she had left the series “for good.” Her character ended up leaving Walford for Ireland.

Eastenders legend Adam Woodyatt – who has long played Ian Beale, said in a statement: “I’m lost for words, something June never was.

“So many memories, so much fun. Just purely and simply an incredible woman who had the most incredible life and career, I was fortunate to have shared a small part of it. They never made you a Dame (we did try), but to me you will always be Dame Brown.”

Gillian Taylforth, who plays Kathy Beale in the BBC soap, said: “I’m truly heartbroken by this news. June Brown OBE, MBE, was an amazing woman and a truly wonderful actress. I shared many scenes with her over the years and she was always someone I looked up to and learnt from. There will never be another June Brown and I’m sending all my love to her family.”

The BBC’s director-general Tim Davie said: “June Brown was a brilliantly talented actor who was loved by millions. Her performances as the incomparable Dot Cotton delivered some of the most memorable moments in soap history.”

“Our thoughts are with her family and many friends.”