Visit The Palais Royal in Brussels 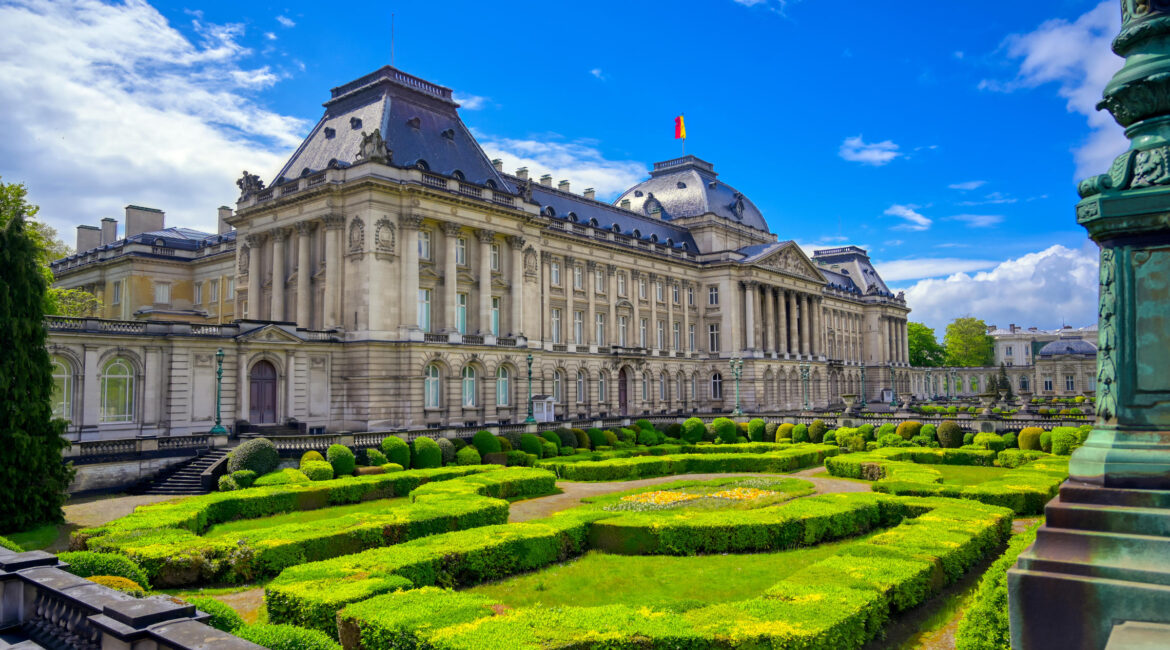 Visit the Palais Royal in Brussels is a must. As tourists, we have this fascination with Royal history and heritage and the Royal residence in Brussels ticks all the boxes.

Although the royal family of Belgium now spend their lives at Laeken, the Royal Palace in Brussels remains as their official residence.

Nowadays it is used to host concerts and royal events, especially the grand ones of national importance.

The palace is open for tourists in the summer months and makes a worthy addition to any itinerary whilst visiting the city. The most notable room in the palace has a ceiling covered in the wings of beetles, forming an oddly beautiful mosaic.

The exuberance and style of the residence do not disappoint. The artwork as well as the interior decor is also as splendid as you might expect from a royal palace.

The Palais Royal – What’s inside?

If you compare the palace to the Gothic patterns on the Grand Place square, the building looks pretty ascetic: grey colour spectrum, classical decor, lean and mean.

The Belgian Royal Family were always fond of practicality and rationality. Nevertheless, the interior of the palace is famous for its rich decorations and furniture.

The impressively beautiful halls are decorated with cultural values:

The picturesque location of the Royal Palace only highlights its splendour, luxury, and grandeur. Its doors are open to all tourists.

Thus, any guest can experience and admire ‘how the royals live, not only from the outside but also through the real royal chambers.

Through the pages of history

The Palais Royal was built in the 1900s but don’t let this fact hold you back. It stands on the spot of the splendid ancient construction, the Coudenberg Palace which, unfortunately, didn’t manage to survive to our times. Here are some historical facts in dates:

Just as other attractions of Belgium, the building of the Royal Palace is a reflection of the country’s history. It depicts its great past which managed to save the imprints of the years long gone.

You can find more information if you want to visit the Palais Royal on their official website. And you can also explore more regions and attractions from Belgium on our official Tourism and Culture website.