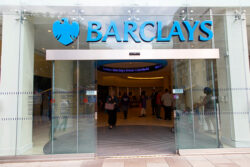 Your bank will have different opening hours over New Year (Picture: Getty Images)

New Year is looming, and as 2023 gets underway you might want to make sure all of your finances are in order before the next 12 months kick off.

Or perhaps you just have to keep on top of your bills or sort out some urgent financial issue which may have been put on hold due to Christmas.

Whatever the reason though, many of us may need to pop to our local bank over the New Year period.

But just when will the banks be open over that time? Here’s all you need to know…

As New Year’s Eve is not a bank holiday many banks will be open as usual.

However, as it falls on a Saturday it’s likely some branches which do not usually open on the weekend will be closed,

Others may close even earlier than they usually do on a Saturday – at around 12.30 or 1pm, although some, such as Metro Bank, may be open later.

In all cases you should check the New Year’s Eve opening hours of your local branch on the bank’s website before setting off.

All banks will be closed across the UK on January 1.

However you will still be able to use cash machines if you need to withdraw money.

Similarly, you’ll be able to use online banking, but payments and deposits might take longer to process than usual.

Are banks open on January 2?

Metro Bank will be open on January 2 while other banks remain closed (Picture: Getty Images)

As January 2 is a bank holiday across the whole country this year – being a substitute day for New Year’s Day, which falls on a Sunday – the vast majority of banks will once again be closed.

The one exception to this is Metro Bank, which will be open but operating reduced hours, with many branches opening at around 11am and closing around 5pm.

As ever, you should check the website’s branch locator to confirm exact opening times before setting off.

Banks should return to their normal opening hours from Tuesday January 3, although as it is a bank holiday in Scotland on this date branches there are likely to remain closed.


MORE : The top five banking and payment scams to watch out for in the New Year

If you need to visit the bank over the New Year when will they be open?