The American founder of the collapse cryptocurrency exchange FTX has been arrested in The Bahamas, the country’s attorney general has said.

Sam Bankman-Fried is set to appear in a magistrates’ court in the Caribbean country’s captial, Nassau on Tuesday.

He was arrested on “financial offences” against laws in the US and The Bahamas.

Last month FTX filed for bankruptcy in the US, leaving many users unable to withdraw their funds.

It is unclear how much people who have funds in the exchange will get back at the end of bankruptcy proceedings – though experts predict it will be a small amount of what they deposited.

Sam Bankman-Fried was once viewed as a young Warren Buffett and as recently as October he had a net worth estimated at $15bn.

He was a well-known political donor – mostly to Democrat politicians or groups.

In a statement, the Attorney General of the Bahamas said the Californian native will be held in custody “pursuant of our nation’s Extradition Act.”

“Earlier this evening, Bahamian authorities arrested Samuel Bankman-Fried at the request of the US Government, based on a sealed indictment filed by the SDNY [Southern District of New York]. We expect to move to unseal the indictment in the morning and will have more to say at that time,” the US Attorney’s office in Manhattan said in a tweet.

Wall Street regulators also said that they would be taking action against Mr Bankman-Fried.

“We commend our law enforcement partners for working to secure the arrest of Mr Sam Bankman-Fried in the Bahamas on federal criminal charges,” US Securities and Exchange Commission (SEC) official Gurbir Grewal said in a statement.

“The Securities and Exchange Commission has separately authorised charges relating to Mr. Bankman-Fried’s violations of our securities laws, which will be filed publicly tomorrow in the Southern District of New York,” he added.

Mr Bankman-Fried had been due to testify about the collapse of FTX before the US Congress on Tuesday. But now he will be unable to testify according to Congresswoman Maxine Waters. 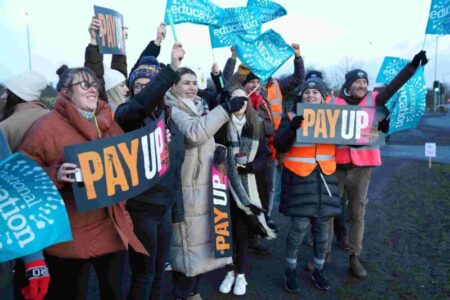