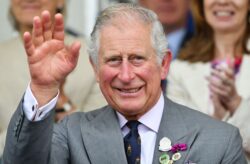 King Charles III has been on the throne since September 8, 2022 (Picture: Tim Rooke – WPA Pool/Getty Images)

In the first two months of his reign, King Charles III will have had two Prime Ministers.

Liz Truss was the first, though with her resignation after 44 days in the top job comes a successor – former Chancellor Rishi Sunak.

However, throughout the monarch’s 73 years of life, he’s seen many more Prime Ministers come and go – with most of them forming governments in the name of his late mother, Her Majesty Queen Elizabeth II.

So, just who has been PM while The King has been alive?

King Charles III was born as Prince Charles on November 13, 1948. At the time his grandfather, King George VI, was sitting on the throne – and Elizabeth was still a Princess.

Labour’s Clement Attlee was Prime Minister from 1945 up until 1951, meaning he was PM for the first three years of The King’s life.

Winston Churchill’s second turn as Prime Minister happened when The King was a young boy – from 1951 to 1955. Elizabeth became monarch in 1952, with Churchill already in power.

The Conservative had previously led the country from 1940 to 1945, during the First World War.

In addition to being Prime Minister twice, Churchill also won the Nobel Prize for Literature in 1953.

County Durham-born Conservative Anthony Eden was Prime Minister from 1955 to 1957.

His premiership became best known for his bouts of ill health and the Suez Crisis in 1956. His handling of the situation prompted his resignation in 1957.

Another Tory, Harold Macmillan, succeeded as Prime Minister in 1957.

The King would have been around ages 9 to 14 when Macmillan was in office, as his premiership lasted for six years, until 1963.

Douglas-Home was Prime Minister for less than a year – 363 days total – in 1963 and 1964. He was Prime Minster when US President John F. Kennedy was assassinated.

He left office in 1964, after a General Election saw him lose power to Labour.

Harold Wilson was said to get along with The King’s mother, Queen Elizabeth II, famously (Picture:Fox Photos/Hulton Archive/Getty Images)

He won a larger majority in 1966, and abolished the death penalty, and liberalised laws on abortion, divorce and homosexuality during his first six years in office.

In-between Wilson’s time as PM, Conservative leader Edward Heath was PM from 1970 to 1974.

In the same year, The King achieved his degree from Trinity College Cambridge in 1970, and was in his early 20s.

Singing the national anthem has no place in schools

After Heath’s premiership, and the resignation of Wilson who had regained power, Labour’s James Callaghan took over the top job in 1976.

The Hampshire-born politician had previously held three key positions in government, including as Chancellor, Home Secretary and Foreign Secretary – making him the only 20th century Prime Minister to have had all four important jobs.

He was Prime Minister during the ‘Winter of Discontent’ in 1978/79, a time of high inflation and significant strike action.

Ultimately, he was booted out of office with a no confidence vote, and a General Election was held in the first half of 1979.

Lincolnshire-born Thatcher was PM for 11 years – during which time she led the UK to war in the Falkland Islands against Argentina, implemented tax cuts, privatisation of state-owned companies, deregulation and trade union reforms, and won a General Election while in office.

Major was Prime Minister when The King and Princess Diana separated in 1992, and when they officially divorced in 1996.

Remaining loyal to the royals, Major recently spoke out against season five of Netflix’s The Crown – with a spokesperson calling plots about his conversations with them ‘a barrel-load of nonsense’.

Major recently rubbished the portrayal of his chats with the royals on The Crown season five (Picture: Carl Court/Getty Images)

Tony Blair was PM when Princess Diana was killed in a 1997 car crash, and famously said: ‘People everywhere, not just here in Britain, kept faith with Princess Diana.

‘They liked her, they loved her, they regarded her as one of the people. She was the People’s Princess and that is how she will stay, how she will remain in our hearts and our memories forever.’

He had married Queen Consort Camilla two years earlier in 2005.

Charles, then Prince of Wales, with Tony Blair, then Prime Minister, in 2007 (Picture: Peter Macdiarmid/Getty Images)

Gordon Brown, a Labour politician this time from Glasgow, was Prime Minister from 2007 to 2010.

One key part of his time as leader was the Climate Change Act of 2008, which was the first of its kind in the world – and prior to that he had been Chancellor of the Exchequer for 10 years.

Conservative PM David Cameron formed a Coalition government with the Liberal Democrats in 2010.

He was the country’s leader until 2016, and oversaw a number of referendums during this time, including the 2014 Scottish vote on independence – to which the majority voted ‘no’.

In 2016, he resigned from his position after calling a referendum on European Union membership (dubbed ‘Brexit’). He led the campaign for the UK to remain, but ultimately the majority voted to leave the EU.

Theresa May was up next after Cameron, from 2016 until 2019 (Picture: Leon Neal/Getty Images)

Theresa May, the country’s second female leader, from Eastbourne, took over for Cameron in 2016, and was tasked with delivering Brexit.

The Conservative PM officially notified the EU of the UK’s intention to leave, also known as Article 50, but ultimately had to resign in 2019.

Another Conservative politician took over the premiership in 2019: Boris Johnson.

His premiership coincided with Brexit, the Covid-19 pandemic lockdowns, as well as the war in Ukraine.

Johnson came under scrutiny over allegations of Downing Street parties being held during the Covid-19 lockdowns, when strict rules on socialising, visiting loved ones and attending funerals were in place – and eventually resigned in July 2022, leaving the job in early September.

The King was 73 when Liz took office, his reign beginning on September 8, just two days later.

Rishi Sunak was announced as the new Prime Minister on October 24, 2022, in a quick Conservative leadership election.

He’ll be the second PM to serve King Charles III.


MORE : King Charles is ‘planning biggest royal tour ever’ across the planet


MORE : All the Prime Ministers who served throughout Queen Elizabeth II’s reign

Rishi will be The King’s second PM – but he’s seen many more throughout his 73 years.