Skip to content
World
The estimated reading time is 1 minute

RECORDING REVEAL Downing of Ukraine flight, that killed 167, may have been intentional

Canadian intelligence is reviewing a recording of Iran’s top diplomat discussing the possibility that the Ukraine plane that was downed was intentional, CBC News reported.

CBC sources identified Iran’s Foreign Minister Mohammad Javad Zarif as saying in the recording that there were a number of possibilities for the destruction of the flight, including a deliberate attack involving “infiltrators.”

He said that possibility is “not at all unlikely,” and suggested the truth will never be revealed by top government officials, the broadcaster reported.

There are reasons they’ll never reveal. They won’t tell us, nor anyone else, because if they do it will open some doors into the defence systems of the country that won’t be in the interest of the nation to publicly say

Canadian PM’s special adviser on the downing of Ukraine International Airlines flight 752 in January 2020, Ralph Goodale, confirmed the government is aware of the recording and forensic teams received it in November.

He said publicly commenting on it could risk lives due to the sensitive nature of the audio, the report said. 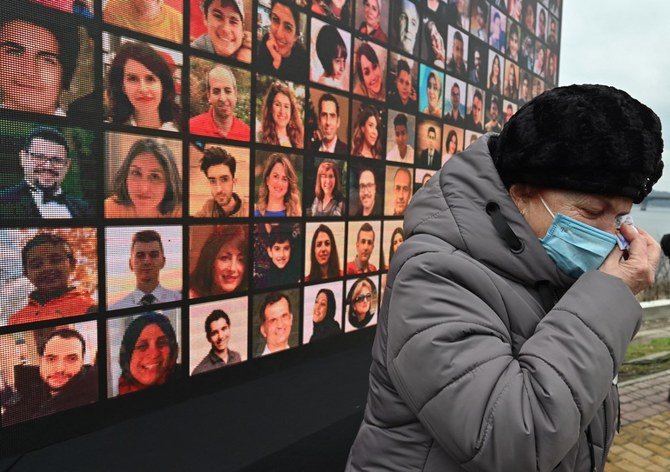 In January, Goodale rejected Iran’s announcement of compensation for Canadian victims due to the unilateral nature of the offer.

The plane was downed by Iran’s Islamic Revolutionary Guard Corps, killing all 167 people on board. After days of denials, Tehran admitted responsibility for shooting down the aircraft.

The incident came hours after Tehran launched a missile attack on US military bases in Iraq in retaliation for the killing of Iranian Gen. Qassem Soleimani in an American airstrike in Baghdad.

The plane, en route to Ukraine’s capital Kiev, went down on the outskirts of Tehran shortly after taking off.

It was carrying 167 passengers and nine crew members, including 82 Iranians, at least 57 Canadians and 11 Ukrainians, according to officials.