Three people have officially died from Covid-19 Shanghai has confirmed, after a recent outbreak plunged the megacity into a weeks-long lockdown. 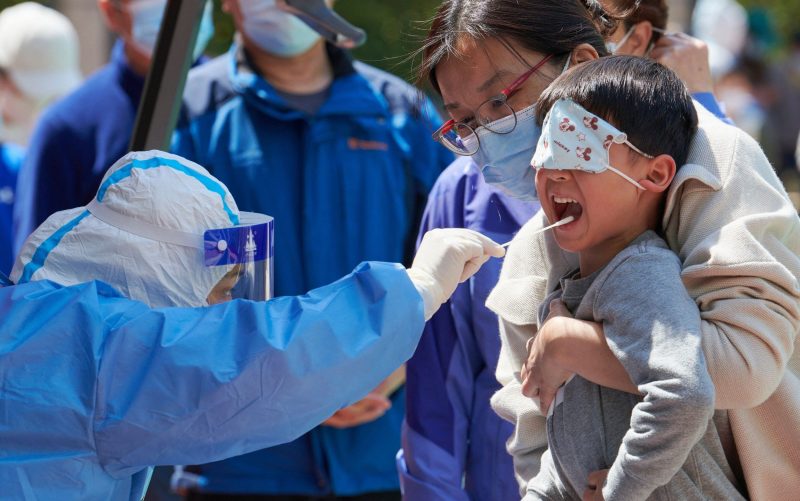 Three people have officially died from Covid-19 Shanghai has confirmed, after a recent outbreak plunged the megacity into a weeks-long lockdown. The news has sparked widespread anger and rare protesting.

Restrictions have been in place since March, keeping most of the city’s 25m residents confined to their homes, with daily caseloads topping 25,000.

On Monday, officials revealed the first deaths of this outbreak – all three were elderly people with underlying health conditions.

They “deteriorated into severe cases after going into hospital, and died after all efforts to revive them proved ineffective,” the city said on an official social media account.

The statement said two of the dead were women aged 89 and 91, while the third was a 91-year-old man.

On Monday, the business hub posted 22,248 new domestic cases, according to the municipal health commission.

The outbreak is relatively low compared to other global outbreaks but in recent weeks the city has logged tens of thousands of daily cases, most of which are asymptomatic.

In response to the cases, authorities have doubled down on Beijing’s “zero tolerance” approach to Covid, vowing to continue with more curbs on movement and isolation for anyone who tests positive.

Shanghai is one of China’s wealthiest and most cosmopolitan cities, but under restrictions, there have been complaints of food shortages, spartan quarantine conditions and heavy-handed enforcement.

Social media users have offered a rare glimpse into the discontent, condemning authorities for the filmed killing of a pet corgi by a health worker and the now-softened policy of separating infected kids from their parents.

Despite opposition, China is sticking to its zero-Covid policy of mass testing, travel restrictions and targeted lockdowns.

Even with targeted lockdowns, the world’s most populous city has struggled to contain outbreaks in multiple regions, largely driven by Omicron.

On March 19, the country reported new Covid-19 deaths – two people in the province of Jilin – the first such deaths in more than a year.