Morocco ranked as the 62nd “Best Country for Business” for 2019

The currency here is the Moroccan dirham (MAD), and is a closed currency, which means you can’t buy it outside Morocco, and it’s also illegal to take it out of the country. 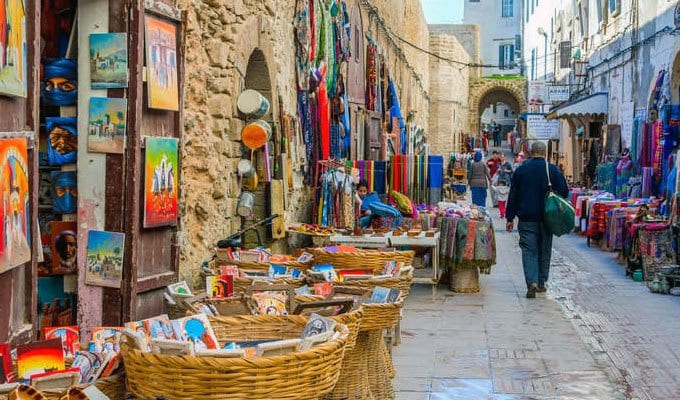 Morocco ranked as the 62nd “Best Country for Business” for 2019; tourism hub

Morocco ranked by Forbes Magazine as the 62nd “Best Country for Business” for 2019.

The US-based magazine said that Morocco earned this place due to its “proximity to Europe and relatively low labour costs” and that it is working “towards building a diverse, open market-oriented economy.”

“Morocco has increased investment in its port, transportation, and industrial infrastructure to position itself as a centre and broker for business throughout Africa.”

According to Forbes, the country’s key business sectors include agriculture, tourism, aerospace, automotive, and phosphates.

The country also has one of the most popular migration ports in Africa. As routes through Libya have become more dangerous, migration through Morocco has risen.

Spain has borne the brunt of this migration and has become the leading destination for migrants crossing the sea into the EU, with more than 60,000 people arriving in the country last year.

The country is also one of the most popular tourist destinations in the world. As Winston Churchill dubbed the city of Marrakesh as “simply the nicest place on earth to spend an afternoon”.

The currency here is the Moroccan dirham (MAD) and is a closed currency, which means you can’t buy it outside Morocco, and it’s also illegal to take it out of the country. The Euro also travels when in the country and is accepted in most places.

In addition, tourism and the presence of all foreign embassies in Morocco serve to make Rabat one of the most important cities in the country.  The Moroccan capital was ranked second place by CNN in its “Top Travel Destinations.

Update: Is Morocco open for tourists?

With effect from midnight on 20 December, the Moroccan Government suspended until further notice all direct flights between Morocco and the UK following the emergence of a new strain of COVID-19 in the UK. Passengers arriving in Morocco by air, travelling from the UK via a third country are also not allowed to enter Morocco.

British nationals who were planning to travel between the two countries should contact their airlines, ferry and/or tour operators for further information. Read on

Morocco tourism soared to a record high of $8Bn in 2019

Morocco has received its second batch of 500,000 doses of the Chinese-developed Sinopharm COVID-19 vaccines. The shipment brings the total number of Sinopharm vaccines secured by Morocco to one million, following a similar delivery of 500,000 doses in late January.

The total number of COVID-19 vaccines received by the country to date is 7 million, including 6 million doses of the UK-made AstraZeneca vaccine manufactured by India’s Serum Institute.

Morocco documented its first case of the new variant on January 19. The Moroccan Foreign Ministry has since banned travel from seven countries where the strain is prevalent, including South Africa and the United Kingdom.

As of now, Morocco continues to procure new doses of the AstraZeneca vaccine.

As of February 16, Morocco’s national vaccination campaign has vaccinated over 1.7 million people.