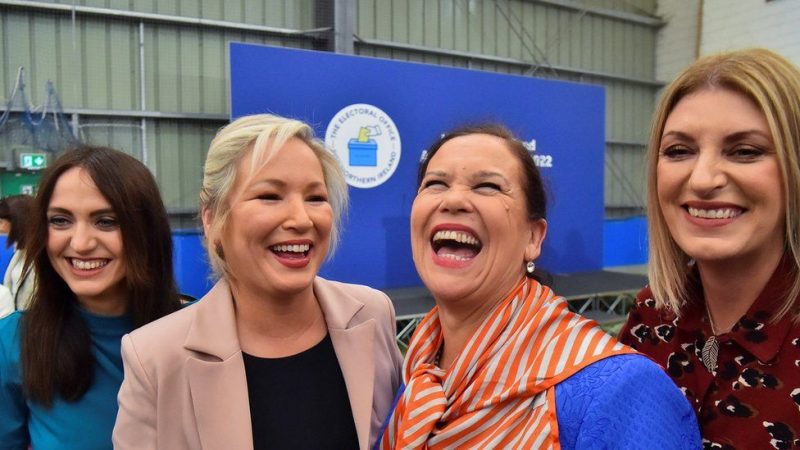 Sinn Fein’s victory in Northern Ireland’s Assembly elections features on many front pages of the Sunday papers.  Whilst inside the papers, a popular story is the preparations for Russia’s Victory Day parade tomorrow.

The paper captions a photograph of the party’s smiling vice-president Michelle O’Neill and president Mary Lou McDonald taking a selfie as they attended a votes count as “History makers.” 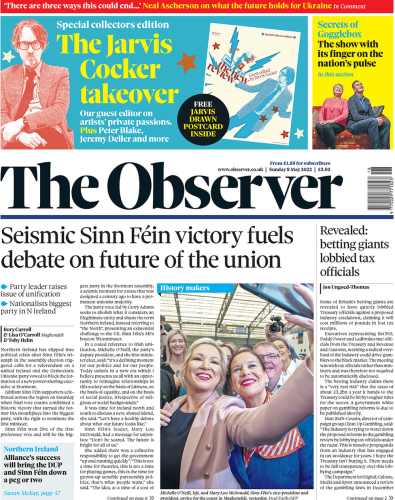 Ms Truss is said by the paper to be “deeply concerned” that EU’s unwillingness to change its negotiating position for the protocol could jeopardise the Good Friday agreement and spark protracted “political instability”. 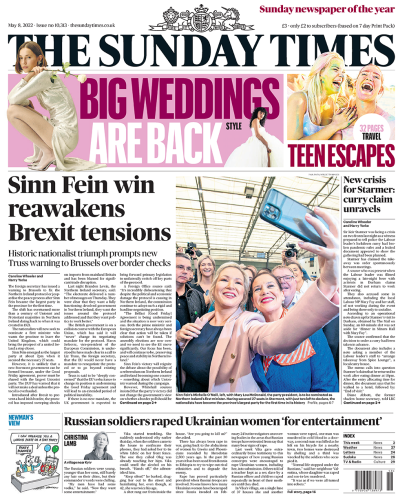 The Mail on Sunday reports it has obtained a secret Labour memo that appears to show Sir Keir Starmer’s lockdown beer and curry gathering with other activists in an MP’s office had been pre-planned.

The paper says a “bombshell” operational note drawn up for the Labour leader’s Durham visit appears to “shatter” his story relating to the so-called Beergate. Sir Keir has said he was confident he had not broken any rules. 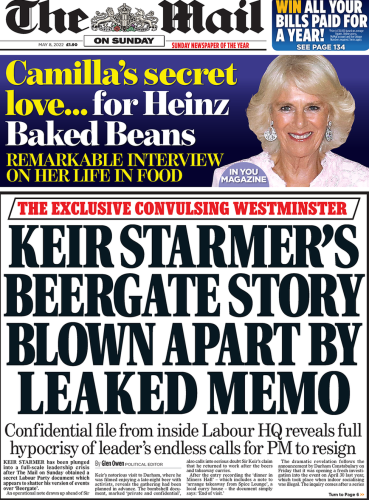 In an interview with the Sunday Telegraph, Housing Secretary Michael Gove blames falling rates of homeownership as the reason why some voters turned away from the Conservatives in the local elections. As Mr Gove suggests the Tories will have to learn lessons from its election losses, the paper highlights mounting fury among Tory MPs and activists towards Boris Johnson and quotes one backbencher who calls for a “discussion” over the prime minister’s future. 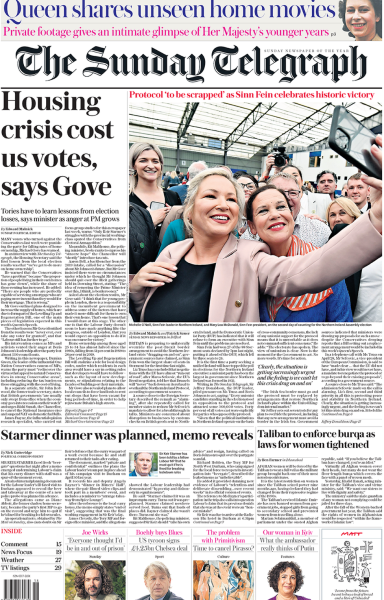 But the Sunday Express says the prime minister is trying to put the Tories’ “bruising” local election results behind him by promising a “Brexit bills bonanza” as part of this week’s Queen Speech – which the paper says will include laws to cut red tape, boost growth and rejuvenate high streets and local areas. 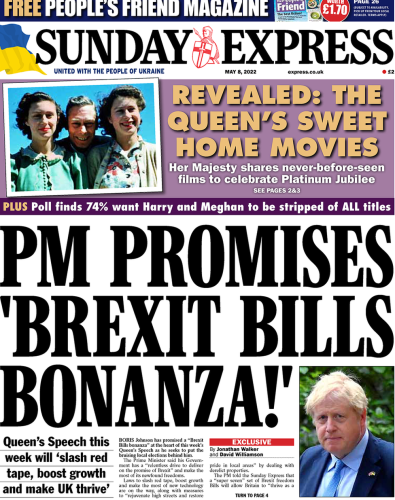 “Just William” is how the Sunday Mirror headlines its splash, which claims the Duke and Duchess of Cambridge are set to axe “stuffy” royal protocols – including bows and curtsies – and be addressed only by their first names when carrying out engagements.

The paper says the couple made the decision following their “disastrous” tour of the Caribbean, with a source adding that Catherine and William want to be more “approachable” and “less formal”. 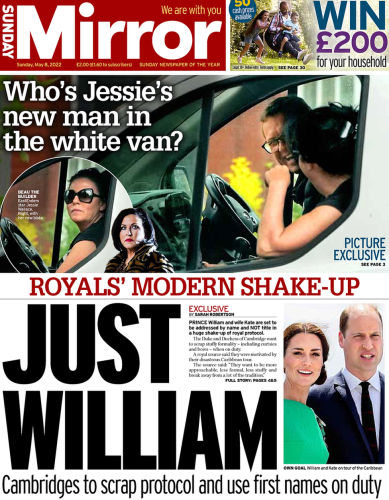 The Sunday Mirror is one of several papers to show the preparations for Russia’s Victory Day parade tomorrow – with pictures of huge nuclear missiles being pulled through Moscow’s Red Square.

But as the Sun notes, Ukraine’s “heroic” defenders have scotched President Putin’s hopes of having anything to celebrate.

The Observer agrees that Russia looks very far from any triumph, and adds that all Moscow’s options going forward are fraught with danger. It speculates that President Putin could use the opportunity to announce a mass mobilisation of reserves or officially declare war, which would allow him to call up more personnel and resources.

The Sunday Times shines a spotlight on the libel action brought by Rebekah Vardy against Coleen Rooney which comes before the Royal Courts of Justice this week.

The paper says those close to the case have described it as like a train heading towards a cliff edge with neither of the two passengers on board willing to disembark. With the legal fees said to be approaching £3m, the paper concludes there may be victory in the end for one of the women, but little glory.

The Mail on Sunday looks at the judge who will preside over what it calls the “war of the wags”. It says Mrs Justice Steyn has previously considered such weighty cases as Guantanamo prisoners and Saudi arms deals and describes her as “formidable”.