Despite only having eight games left of the Premier League season, Burnely have shockingly sacked their manager Sean Dyche. Despite only having eight games left of the Premier League season, Burnely have shockingly sacked their manager Sean Dyche.

The team have lost five of their last six games and are 18th in the table and only four points from safety. 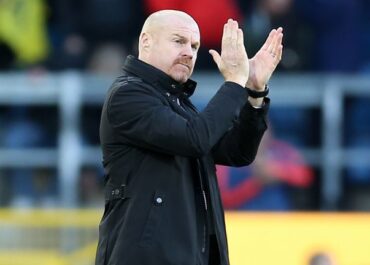 Dyche had been at Burnley for almost 10-years making him the Premier League’s longest-serving manager.

Burnley chairman Alan Pace said it was “an incredibly difficult decision” to part with Dyche, 50 but “we feel a change is needed.”

His last game in charge saw Burnley lose 2-0 to Norwich City – who are bottom of the Premier League table.

But Dyche isn’t the only one out of a job. Assistant manager Ian Woan, first-team coach Steve Stone and goalkeeping coach Billy Mercer have also left the club.

“Firstly, we would like to place on record our sincere thanks to Sean and his staff for their achievements at the club over the last decade,” said Pace.

“During his time at Turf Moor, Sean has been a credit both on and off the pitch, respected by players, staff, supporters, and the wider football community.

“However, results this season have been disappointing and, while this was an incredibly difficult decision, with eight crucial games of the campaign remaining, we feel a change is needed to give the squad the best possible chance of retaining its Premier League status.

“The process of replacing Sean has begun and further announcements will be made to supporters in due course.”

Only in September 2021 had Dyche signed a new four-year contract lasting until 2025.

Sean Dyche had guided the club to two promotions from the Championship and two top-half Premier League finishes.

He helped Burnley achieve their first European qualification in 51 years courtesy of leading them to a commendable seventh place in the Premier League in 2017-18.

But this season has been disastrous for the Clarets – they’ve won only four Premier League games this season, the worst win record in the league.

Sean Dyche will walk into the next Premier League job that becomes available. My bet would be Everton.

Just £21million net spend over a five year period, with two top half finishes and a Europa League run. Incredible.

What comes next for Sean Dyche and Burnley?

This is the sixth successive season for Burnley in the Premier League – their longest run since the 1960s.

Alan Pace is the owner and chairman of Burnley and still a relatively new owner who is doing his best to stop Burnley from being relegated.

There is hope the impact of Dyche’s sacking will be felt immediately and they’ll be a switch around in performance – they play West Ham on Sunday, then Southampton and then Wolves.

And for Sean Dyche, he’s highly employable and likely won’t struggle to find a new job. Dyche has been linked to several potential Premier League jobs over the years and he had always responded to those rumours by making it clear he was at Burnley.

Now he’s not we can’t imagine it’ll take long for him to be snapped up by a new club.