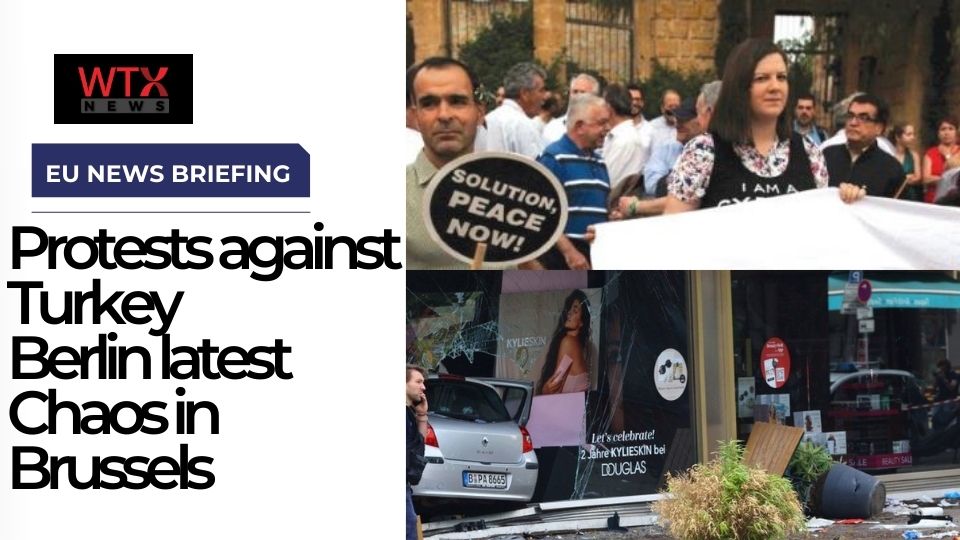 Today in the EU – A round-up of the latest updates from the attack in Berlin. How the protests against Turkey have intensified in Cyprus and Greece and the chaos from Brussels, at the European Parliament.

Today in the EU

When refugees began pouring out of Ukraine, neighbouring Poland was overwhelmingly supportive, opening its door and hearts to those fleeing war.

Volunteers from across the country mobilised to provide emergency shelter, helping ease overcrowding at border camps.

But more than three months since Russia’s invasion, strains are beginning to show. The housing market has literally collapsed. Poles, worried about a housing crash and desperate to avoid negative equity, are even trying to sell their homes in housing rental groups on Facebook

The latest from Berlin

One dead and nine injured after a vehicle hits pedestrians in Berlin.

Berlin’s top security official, Iris Spranger, said the woman killed was a teacher on a school trip with students from the central German state of Hesse.

The city’s mayor Franziska Giffey wrote on Twitter that she was “deeply shocked by this incident.”

Chaos at the European Parliament

Chaos erupts at the European Parliament as three essential climate laws are postponed.

The trouble began with a vote to reform the EU’s Emissions Trading System (ETS), a well-established scheme that sets a price for the greenhouse gas emissions released by the most energy-intensive industries.

Protest against Turkey intensify in Cyprus

Cyprus and Turkey are at loggerheads over territorial integrity.

Cyprus will lodge a complaint with the United Nations over Turkey’s new financial assistance deal with breakaway Turkish Cypriots that demonstrates Ankara’s “complete control” over them, the president of the ethnically divided island nation.

A round-up of what happened today