Vladimir Putin’s popularity was soaring - will it survive the invasion of Ukraine? 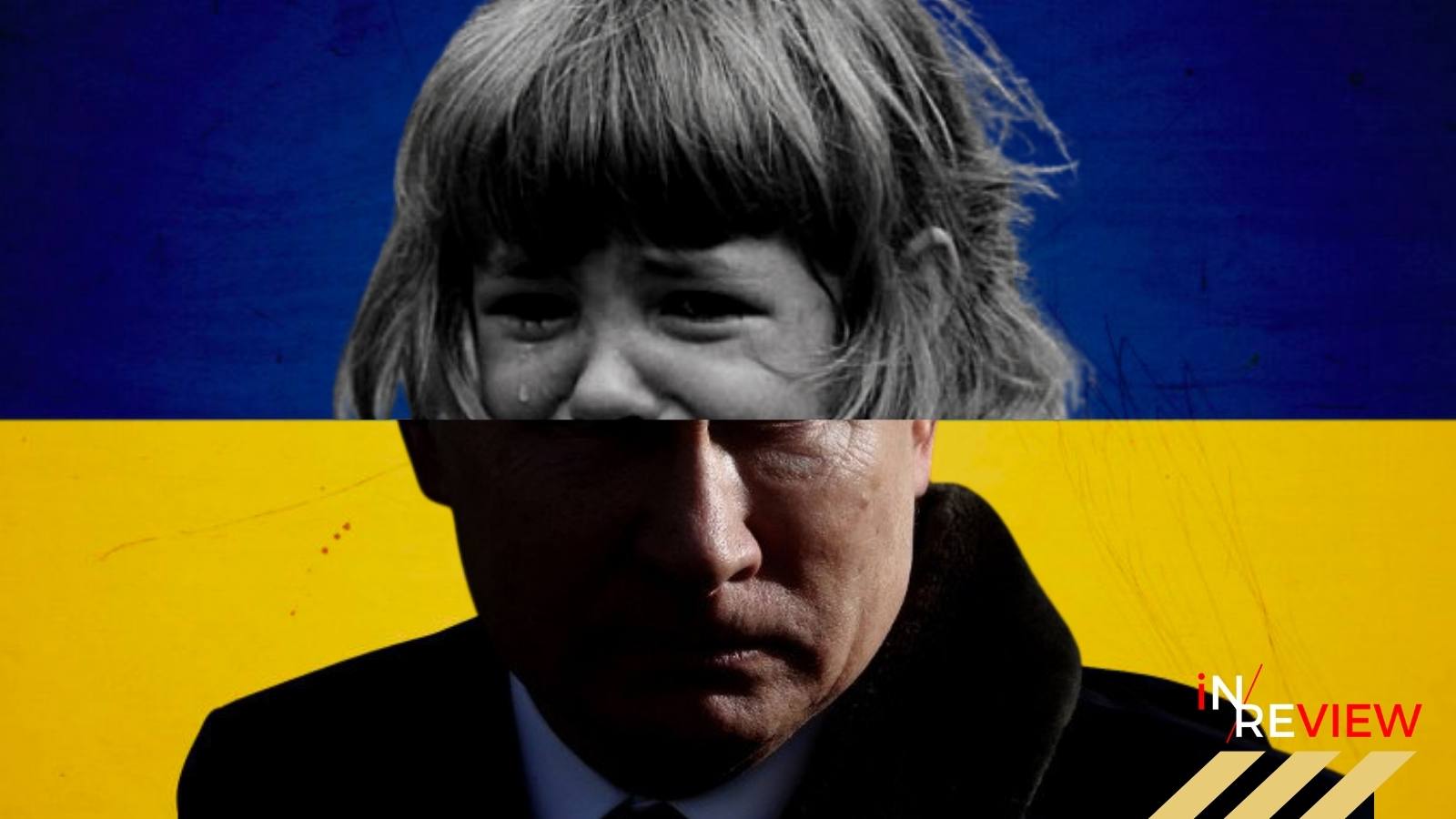 The Russian president Vladimir Putin has been in a position of political power for over 20 years – and his popularity amongst the Russian population has steadily grown over the past two decades. But with all the negative western reports on Putin, many on this side of the world might be asking why he is so popular in Russia. If western media is anything to go by, Putin is Europe’s next Hitler.

We’re looking through the glass to understand why the everyday Russian people are in support of the autocrat,  what is America’s role in the rejection of democracy in Russia and will the invasion of Ukraine end up being his biggest political gamble, one that might see his popularity dip to unprecedented levels.

Who gave him the green light to invade?

the homefront campaign has been successful for Putin - at least so far.

Why does Putin appeal to everyday Russians?

Several successful wars, a large-scale military and police reform, a carefully crafted image of a ‘strong’ leader who rejects Western ideals, Putin is who to look to if you’re sick of American hypocrisy. 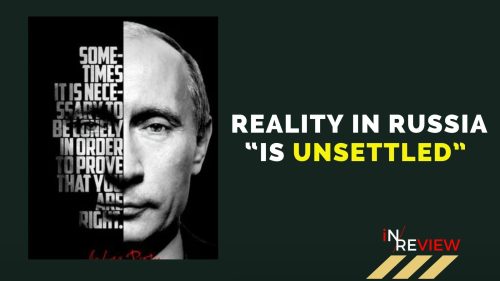 In an article from VOX, there is a suggestion that Putin’s ability to manufacture reality may have reached its limits in Ukraine.

To people outside of Russia, the invasion of Ukraine seems “unprovoked and unnecessary” and doesn’t make much strategic sense – it’ll be “bloody, protracted and ruinous to the Russian economy.”

Putin controls state TV and the Russian people are “bombarded with disinformation” and so reality in Russia “is unsettled” – but what do average citizens think of the invasion?

To Russians “the war may not look so unprovoked and unnecessary”. VOX says that the narrative Russian state TV is pushing is that Ukraine is attempting to “exterminate the Russian population in the east” and that Ukraine is run by Nazis and drug addicts. An average Russian may believe that Ukraine is “working clandestinely with America to develop nuclear weapons.” They may not believe any of it, they may believe all of it – or maybe they just don’t know what to believe.

Russia is known for its long-running strategy of using the internet and state TV to “flood society with propaganda, demonize the institutions charged with debunking that propaganda, and then exploit the confusion that results.”

The article says whilst the strategy isn’t airtight, the “homefront campaign has been successful for Putin” – at least so far. In February, despite the military buildup on the border, Putin still had a whopping 71 per cent approval rating among Russians.

Other observers will suggest Putin’s high approval ratings in Russia is due to the significant improvements in living standards and how Russia has come into its own on a public stage since Putin’s time in office.

‘Life in Russia has improved since Putin’

The general standard of living in Russia has greatly improved for the average Russian under Vladimir Putin. Over Putin’s terms as president and prime minister, there has been an economic boom, military expansion and “the re-establishment of Russia as a major power,” according to a BBC article. The article claimed that under Putin there has been a renewed sense of stability and national pride has emerged.

One of the biggest everyday-change for Russians is fewer people are poor, with a rise in disposable income, the Putin era has seen Russia’s consumer economy expand considerably.

More people have cars and microwaves, Ikea is a massive hit, champagne sales are high and the population is growing again. Russia’s military has had a huge injection of cash – with Putin spending more on the military than ever before. “A series of modernisation drives have seen spending as a 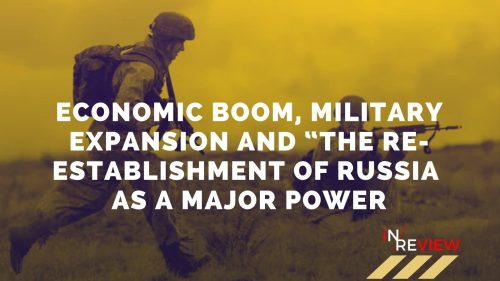 Normalise clashes between Russia and Ukraine

“I didn’t believe until the very end that a war was possible in the 21st century,” said Maria Zherdeva, a 23-year-old research assistant who lives in Moscow

There has been countless polls and reports conducted claiming that Putin’s popularity has continued to rise even during the Russian invasion of Ukraine. According to an op-ed in MarketWatch, they claim “the Russian public largely believes that the Kremlin is defending Russia by standing up to the West.

Despite the many reports of an impending war being issued from the west, few people in Moscow heard “the drumbeat of war until mid-February.” Most in Russia heard the constant denials from  Russian state media that denied the Kremlin was preparing for war with Ukraine and Russian talks show mocked Western predictions of a looming invasion as “hysteria” and “absurdity.”

“I didn’t believe until the very end that a war was possible in the 21st century,” said Maria Zherdeva, a 23-year-old research assistant who lives in Moscow. “I just couldn’t take in that was the new reality — that we’d talk about the beginning of a war while having drinks at a bar.”

“I just couldn’t take in that was the new reality — that we’d talk about the beginning of a war while having drinks at a bar.”

According to the report, the fake news around the invasion was intended to normalise clashes between Russia and Ukraine. In his February 2022 speech, Putin addressed the dangers of Ukrainian nationalism, it was a speech that was believed to be a “pretext for war” and was designed to “galvanise the Russian public to back Putin’s military aspirations.” 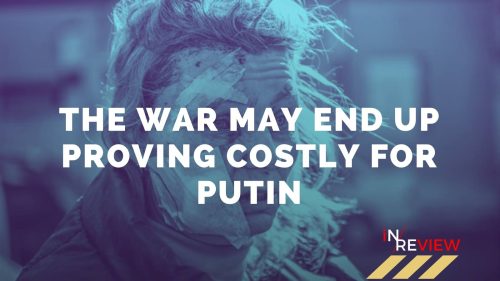 A popular narrative is that Russia is besieged fortress that is having to fight off constant attacks from the West.

Data shows that half of Russians blame the current crisis on the US and NATO and just 4 per cent believe it’s Russia’s fault.

Market Watch says Russians don’t have the same personal connection to Dombas that they had for Crimea and when they see countless body bags of Russian soldiers the war may end up proving costly for Putin and his popularity rates.

The article suggests that the invasion could force him to spend more on dealing with internal dissent.  The global sanctions are set to harm Russia’s economy and it’s an economy, according to the source, that’s already facing high inflation and low projected growth. It is expected that the sanctions will hit the pockets of everyday Russians and will further erode Putin’s support.

“The Russian economy is more fragile than people think, marked by decades of theft at all levels. Even the main airlines don’t own their planes, for they are almost all leased from foreign companies”

‘Putin is standing up to the West’

Russian and Western relations are at an all-time low, the US consistently tops Russian polls’ of the counties greatest enemies. There is a real anti-American sentiment in Russia and there hasn’t been much improvement since the Cold War. “The Decaying West” or “Rotting West” were popular terms used in the Soviet era to refer to the social order and moral norms in the United States and other Western countries – with Russians believing the West is corrupt and eroding. 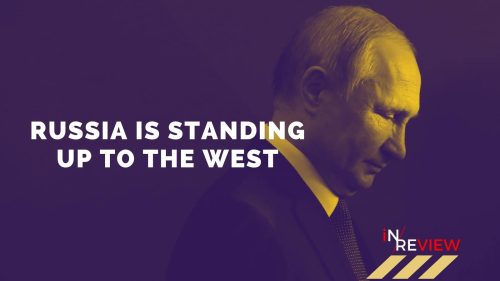 The puzzle of anti-American sentiment in Russia depends on what media you consume. In an article as recent as 2021, the Daily Beast says Russians have stopped buying Putin’s Anti-American propaganda” citing the pandemic Putin’s spending on conflicts with the West while ‘problems stack up at home’ as the reasons Russia ‘suddenly’ started to reject the narrative.

But in a recent post, the NYP says American companies such as McDonald’s are preparing for an anti-USA backlash in Russia.

‘Exposes the hypocrisy of the West’

Putin’s invasion of Ukraine has certainly exposed the hypocrisy of the west. In an op-ed for RT News, writer Robert Bridge asks why America and Nato have never been sanctioned for starting wars. 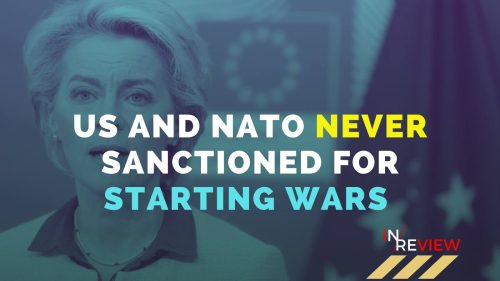 Putin and Russia have been portrayed ‘in nearly every mainstream media publication’ as the next Nazi Germany for their actions in Ukraine, writes Bridge. A doctored image of Putin as Hitler on Time Magazine’s cover circulated social media, perhaps best summing up the west’s view on Putin.

NATO-bloc countries “have been tearing a path of wanton destruction around the globe since 2001 without serious consequences” and the Russian leader’s concerns were met with disregard, according to RT. Bridge asks the reader to “image Washington’s reaction if Moscow were building a continuously expanding military bloc in South America.”

The real cause for alarm was when the US and NATO “began flooding” Ukraine with a “dazzling array of sophisticated weaponry amid calls for a membership in the military bloc.” It led Moscow to believe there was a genuine threat from Ukraine.

Bridge says by December Moscow ‘was nearing the end of its patience’ and delivered drafter treaties demanding the US and NATO stop further military expansion – it was “ met with arrogance and indifference by Western leader”.

With this said, it shouldn’t be surprising to anyone that Russia invaded Ukraine – and though you may not agree with it, but there is an argument that Russia feared for its safety. But the same can not be said for the US and NATO ‘with regards to their belligerent behaviour over the course of the last two decades.’

“ … the 2003 invasion of Iraq. This disastrous war, which the Western media hacks have chalked up as an unfortunate ‘intelligence failure’, represents one of the most egregious acts of unprovoked aggression in recent memory.”

Follow here to find out all the latest news on the ongoing invasion of Ukraine by Russian forces as Russian President Putin vows the worst is yet to come.

Who is Ukraine at war with?

Who is Ukraine at war with?

The Russo-Ukrainian War is an ongoing war primarily involving Russia, pro-Russian forces, and Belarus on one side, and Ukraine and its international supporters on the other.

What nuclear plant did Russia bomb?

What nuclear plant did Russia bomb?

The Russian military has also seized control of the Chernobyl nuclear plant, the site of the worst nuclear disaster in history

What city did Russia take from Ukraine?

What city did Russia take from Ukraine?

Russia formally incorporated Crimea as two Russian federal subjects—the Republic of Crimea and the federal city of Sevastopol on 18 March 2014.