The Trial of the century: Elizabeth Holmes and Theranos

It’s billed as ‘the trial of the century, Elizabeth Holmes, the founder of the now-defunct Theranos, is facing up to 20 years in prison on charges of defrauding investors and patients.  But what can be learnt from the rise and fall of Elizabeth Holmes and her company Theranos? And what does it expose about Silicon Valley? 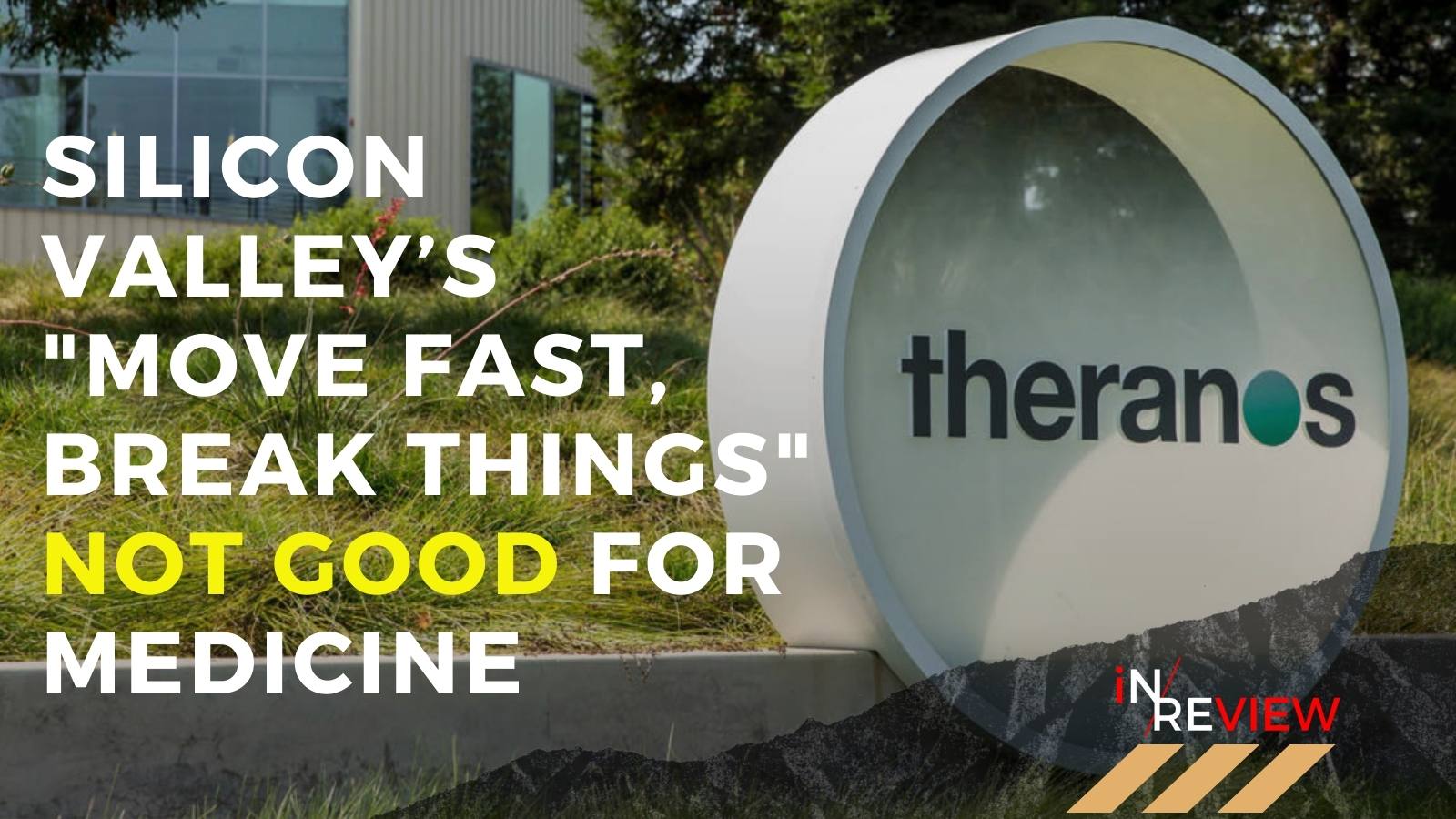 grandiose promises are table stakes in the tech industry

Silicon Valley badly wanted Theranos’ blood-test tech to be the next big thing. But “move fast, break things” might not be the best approach to medicine.

It’s hardly unusual for a startup to over-hype its potential in its early days. These grandiose promises are table stakes in the tech industry, a requirement for luring both investors and early users. And typically, they’re harmless.

But Theranos is a cautionary tale of what happens when that mentality creeps into sectors other than software, such as medicine. As one Theranos patient quoted by the Journal put it, “trial and error on people, that’s not OK.” It’s not that any of this is done maliciously. It’s just that the tech industry wants its heroes. It wants to find the next Steve Jobs. It wants to be responsible for discovering not just the next big chat app, but the next big idea that will change the world. Once the industry finds a protagonist who seems to fit that narrative, the story can take on a life of its own, separate from the more mundane reality. 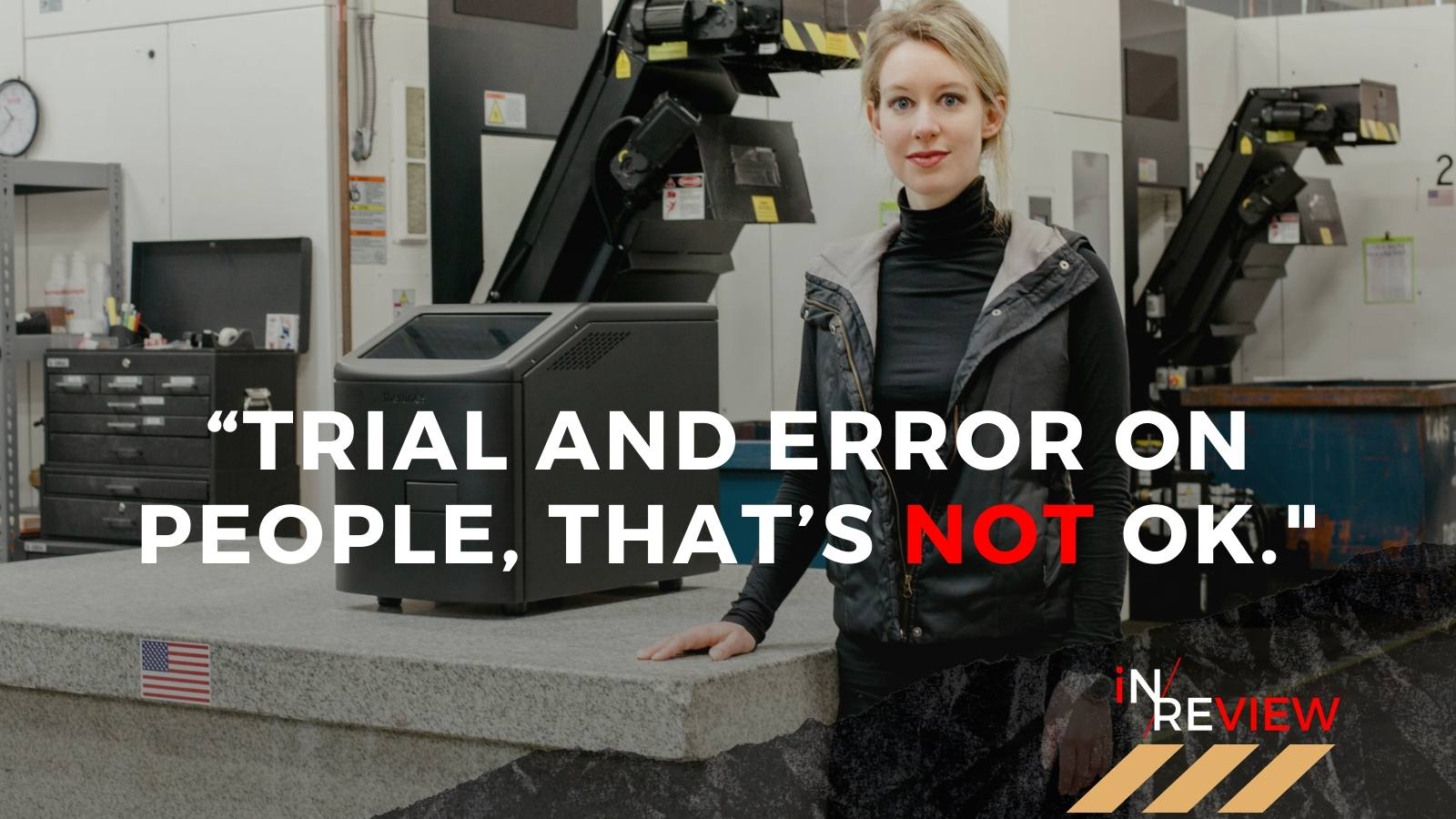 The article says ‘fast growth and overexposure can be tricky for any young company to navigate.’ But Theranos and medical startups can be downright dangerous. It’s because of this, medical tech and biotech companies are so hard to start. “Instead of raising the money to prove the concept, as so often happens in the frothy tech industry, inventors of medical technology are tasked with proving their worth first.”

The process isn’t perfect, it means breakthrough treatments can take far too long to reach the mainstream and big pharmaceutical companies with a lot of money are the one’s to dictate which technologies are worth the investment.

“That the tech world would want to apply the “move fast and break things” motto to medicine as well as software makes sense. But there’s an equal and opposite argument to be made: not every industry can or should move fast.”

‘Selling a promise’: what Silicon Valley learned from the fall of Theranos

The company’s collapse has changed the startup environment, but some say the industry still hasn’t faced a ‘true reckoning’

The Guardian says charismatic young leader, billions of dollars in valuations and a technology that promised to change the world but failed to deliver: the meteoric rise and fantastic fall of the medical tech startup Theranos has been seen by many as an indictment of the hype-train attitude of Silicon Valley.

Nearly 20 years after Theranos’s launch, its CEO, Elizabeth Holmes, is headed to trial, charged with defrauding clients and investors. Silicon Valley is facing a public that’s wary of its methods and intentions – but the verdict is still out on whether startup culture has fundamentally changed.

“People are more sensitive to scams now – in some ways, there is a pre-Theranos Silicon Valley era and post-Theranos era,” said John Carreyrou, a journalist who has been covering Theranos for six years and now hosts a podcast on the trial. “But in many ways the boom has continued unabated. I’m not convinced there has been a true reckoning, yet.”

“The rise and fall of Theranos reflected a very particular moment in Silicon Valley history,” said Margaret O’Mara, a historian of the region.

At the time, the Silicon Valley tech bubble was obsessed with young founders, celebrating the success of startups with “humble beginnings” that managed to take over the world – Mark Zuckerberg from his dorm room, Jeff Bezos from his garage.

At the same time, some investors were increasingly frustrated that the valley’s output was concentrated on social platforms, seen by some as frivolous. As the investor Peter Thiel memorably said in 2013: “We wanted flying cars. Instead we got 140 characters.”

“Then we have Theranos, which was not making an app but selling a promise to transform healthcare,” O’Mara said. “Holmes was targeting an experience – blood testing – that is very familiar and not very pleasant. That was appealing to a lot of people.”

There was another draw to Holmes. As big names like Bezos, Zuckerberg and Bill Gates dominated the scene, women were largely left out of the narrative.

In other words, the time was ripe for a young, female tech leader to take center stage. “Here was a photogenic, telegenic young woman posing as the female Steve Jobs,” O’Mara said. “It was an incredibly alluring narrative that everyone wanted to believe.”

Read the full story, ‘Selling a promise’: what Silicon Valley learned from the fall of Theranos, by Kari Paul on the Guardian. 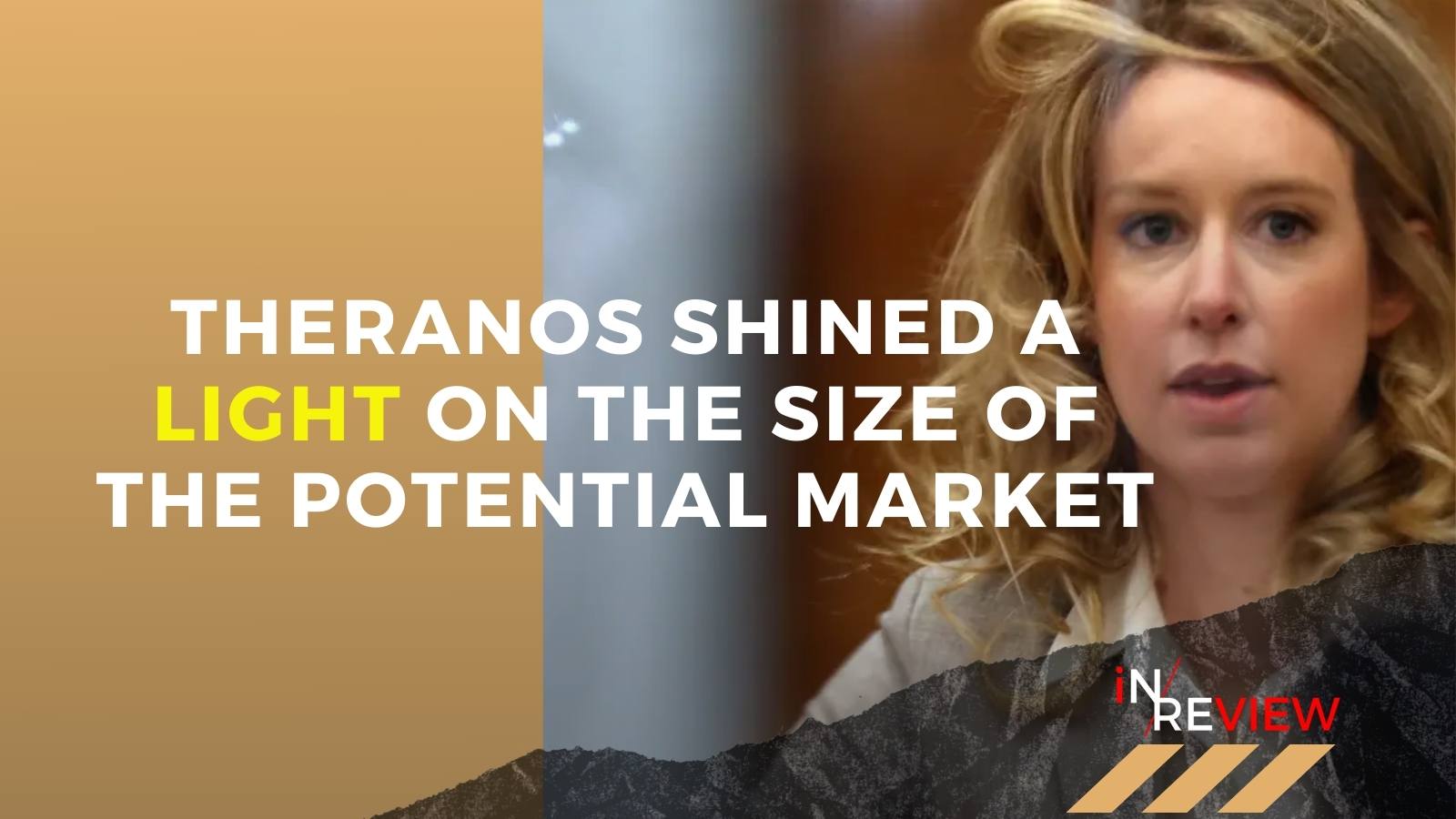 the Theranos scandal has not harmed the rapidly growing market for medical diagnostics.

FT News says Silicon Valley still believes it can build a computer that can diagnose medical problems from drops of blood, even as the founder of failed start-up Theranos appeared in court this week on charges of defrauding investors with such a vision.

In the past 12 months alone, investors have poured more than $200m into three start-ups that are trying to build small blood-testing devices, in a sign that the Theranos scandal has not harmed the rapidly growing market for medical diagnostics. 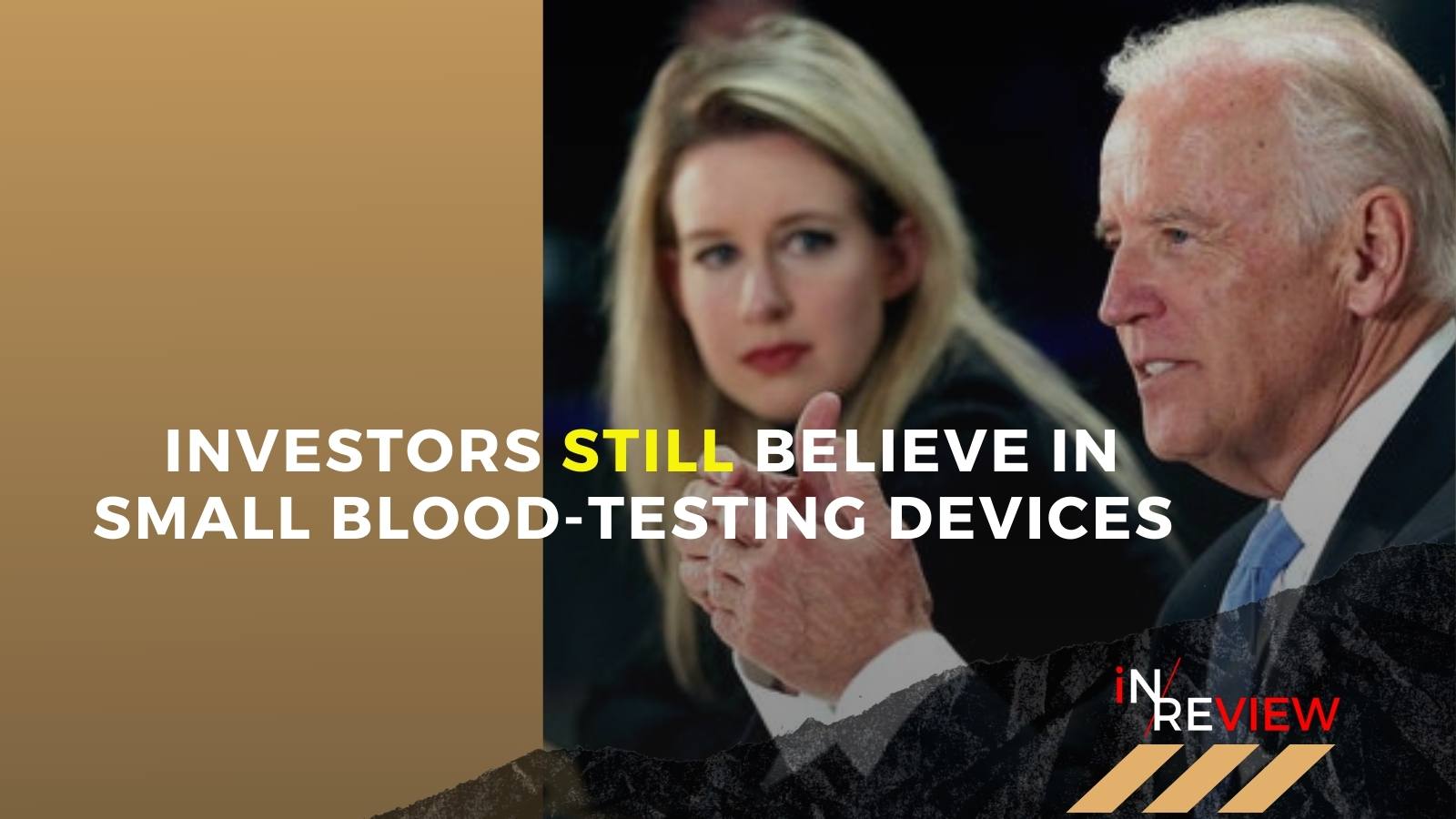 Start-ups said the rise and spectacular fall of Theranos, whose founder Elizabeth Holmes is currently on trial in California for fraud, has forced them to work harder to overcome sceptical investors, but has also helped to shine a light on the size of the potential market. The coronavirus pandemic also accelerated demand, they said.

While many of the start-ups hope to install their products at retail chains, similar to how Theranos partnered with Walgreens, some doctors still doubt how much testing can be brought directly to patients.

“Some pharmacy-based testing may be complementary to clinical laboratory testing, but not disruptive,” said Edward Ashwood, professor and vice chair for clinical pathology at the University of Colorado School of Medicine.

Many of the start-ups still lack peer-reviewed results for a wide range of the tests they are developing, an issue that drew the attention of early critics of Theranos.

Elizabeth Holmes’ lawyers say Theranos was a failure, not a fraud as trial open

Who is Elizabeth Holmes?

Who is Elizabeth Holmes?

Elizabeth Holmes is a former American businesswoman and the owner of the now-defunct biotech firm Theranos.

Holmes founded Theranos in 2003 as a 19-year-old Stanford dropout. She raised $700 million from investors and was crowned the world’s youngest billionaire, but has been accused of lying about how well Theranos’s technology worked. She has pleaded not guilty.

Theranos was an American privately held corporation which was touted as a breakthrough health technology company, with claims of having devised blood tests that required only very small amounts of blood and could be performed very rapidly using small automated devices the company had developed.

Why did Theranos fail?

Why did Theranos fail?

One of the big problems that never was solved for Theranos was the equipment needed a specific volume, and since Holmes was set on using a blood prick they would have to dilute the blood, which would skew the data on analysis.
How did Theranos raise so much money?

How did Theranos raise so much money?

Founded in 2003 by 19-year-old Elizabeth Holmes, Theranos raised more than US$700 million from venture capitalists and private investors, resulting in a $10 billion valuation at its peak in 2013 and 2014.