Grime artist Wiley has been dropped by his management after he went on a 10-hour anti-Semitic rant on his social media accounts.

The social media giants are facing calls to close his accounts.

The Met Police are looking at “relevant material” due to accusations the artist was inciting racial hatred.

Metropolitan Police officers in Tower Hamlets said in a statement: “We have received a number of reports relating to alleged anti-Semitic tweets posted on social media. The Met takes all reports of anti-Semitism extremely seriously. The relevant material is being assessed.”

Wiley, 41, commonly referred to as the “godfather of grime” could face losing his MBE which was appointed for services to music. It comes after he shared conspiracy theories and insulted Jewish people on his Instagram and Twitter accounts, which together have more than 940,000 followers. 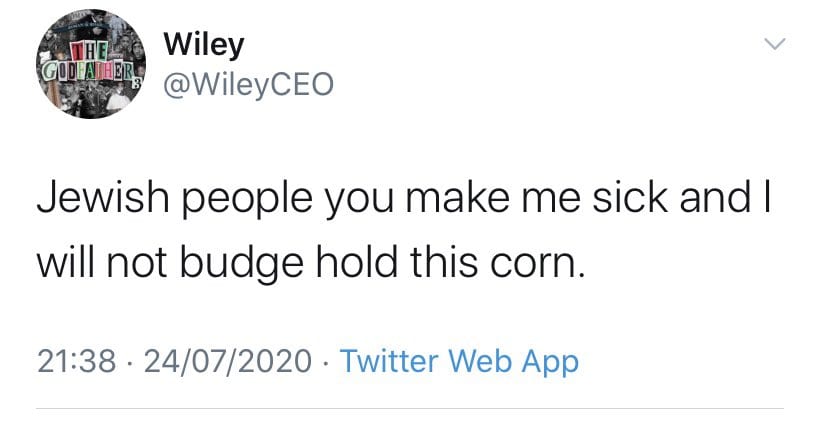 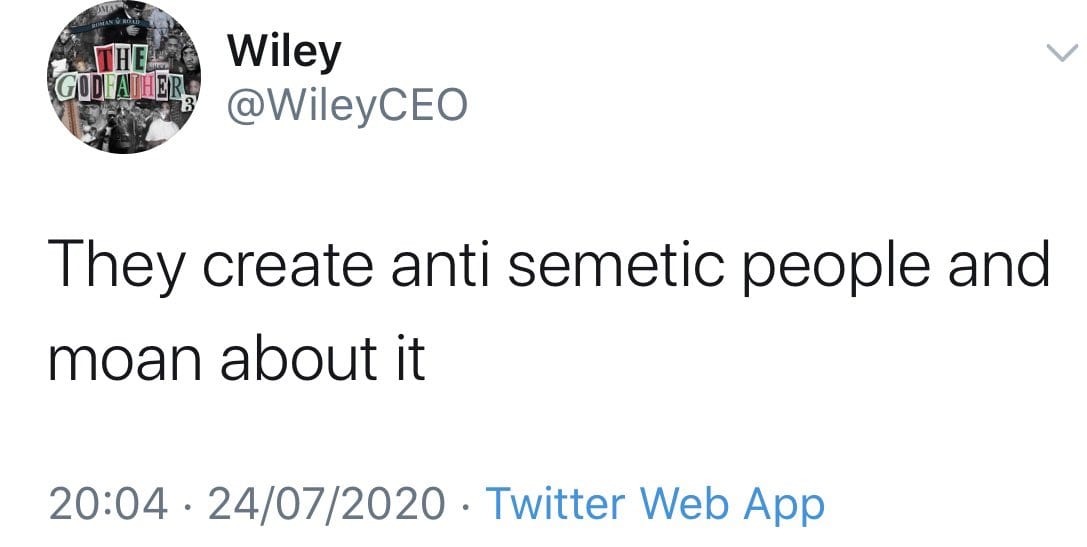 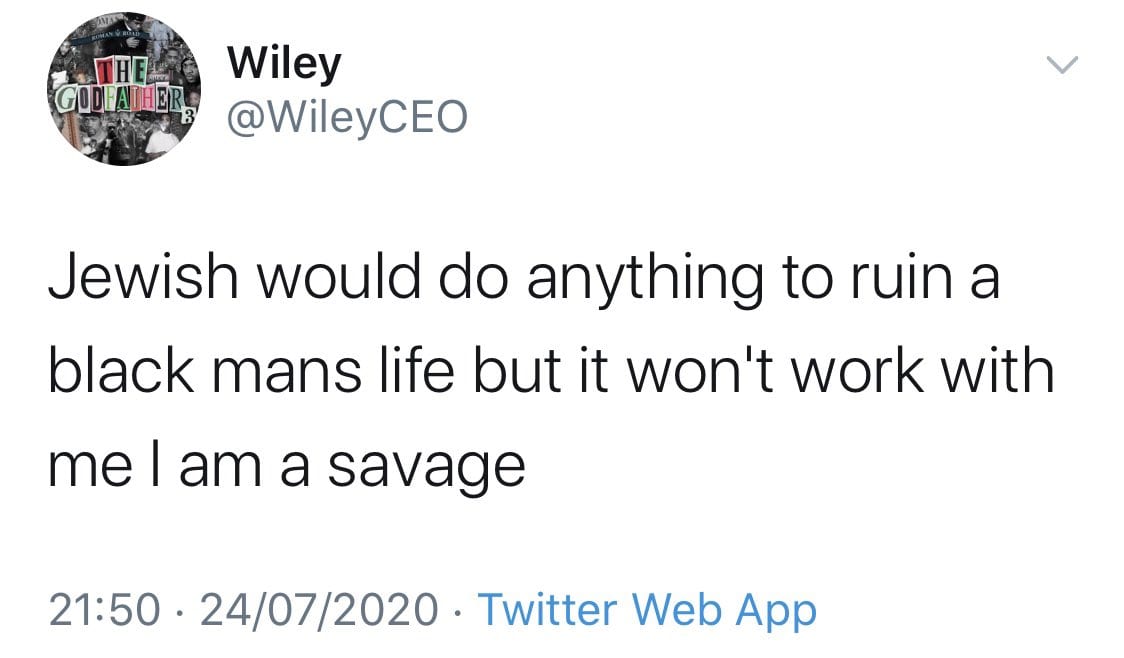 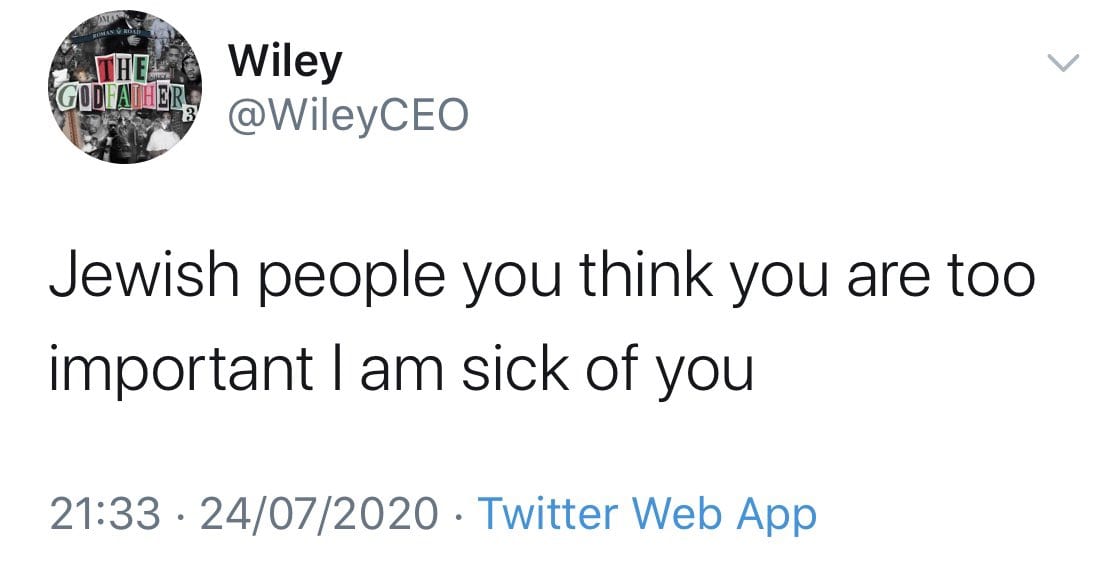 In one tweet he said: “I don’t care about Hitler, I care about black people,” and compared the Jewish community to the KKK.

On Instagram, videos of himself were interspersed with posts of screenshots – now-deleted – including one suggesting Twitter had suspended him from tweeting for a week.

On Twitter, some of his tweets have been removed, with a note saying they violated its rules.

In a tweet on Friday evening, Mr Woolf said he was “talking to him privately.” And said he knows “he does not truly feel this way.”

But on Twitter on Saturday morning he tweeted: “Following Wiley’s antisemitic tweets today we at @A_ListMGMT have cut ties with him. There is no place in society for antisemitism.”

In another statement, Mr Woolf said: “To be clear here. I do not support or condone what Wiley has said today online in any way shape or form.

“I am a proud Jewish man and I am deeply shocked and saddened (by) what he has chosen to say.

“I am speaking to key figures in my community in light if today’s tweets. This behaviour and hateful speech is not acceptable to me.”

Wiley later claimed he had “cut ties” with Mr Woolf – not the other way around.

There has been growing outrage over the social media giants’ responses.

The Campaign Against Antisemitism said it had reported Wiley to the Met Police and asked Twitter and Facebook, which owns Instagram, to close his accounts to “prevent further outpouring of anti-Jewish venom.”

“We consider that Wiley has committed the offence of incitement to racial hatred, which can carry a substantial prison sentence,” a statement read.

It added that it would contact the Cabinet Office to ask for his MBE be forfeited.

Lord Mann, an adviser to the government on anti-Semitism, called on Twitter and Instagram to remove his accounts.

He said some of the content glorifies a violent attack on a rabbi in London, adding: “That breaches all their standards, it’s not even marginal.”

“If we identify accounts that violate any of these rules, we’ll take enforcement action.”