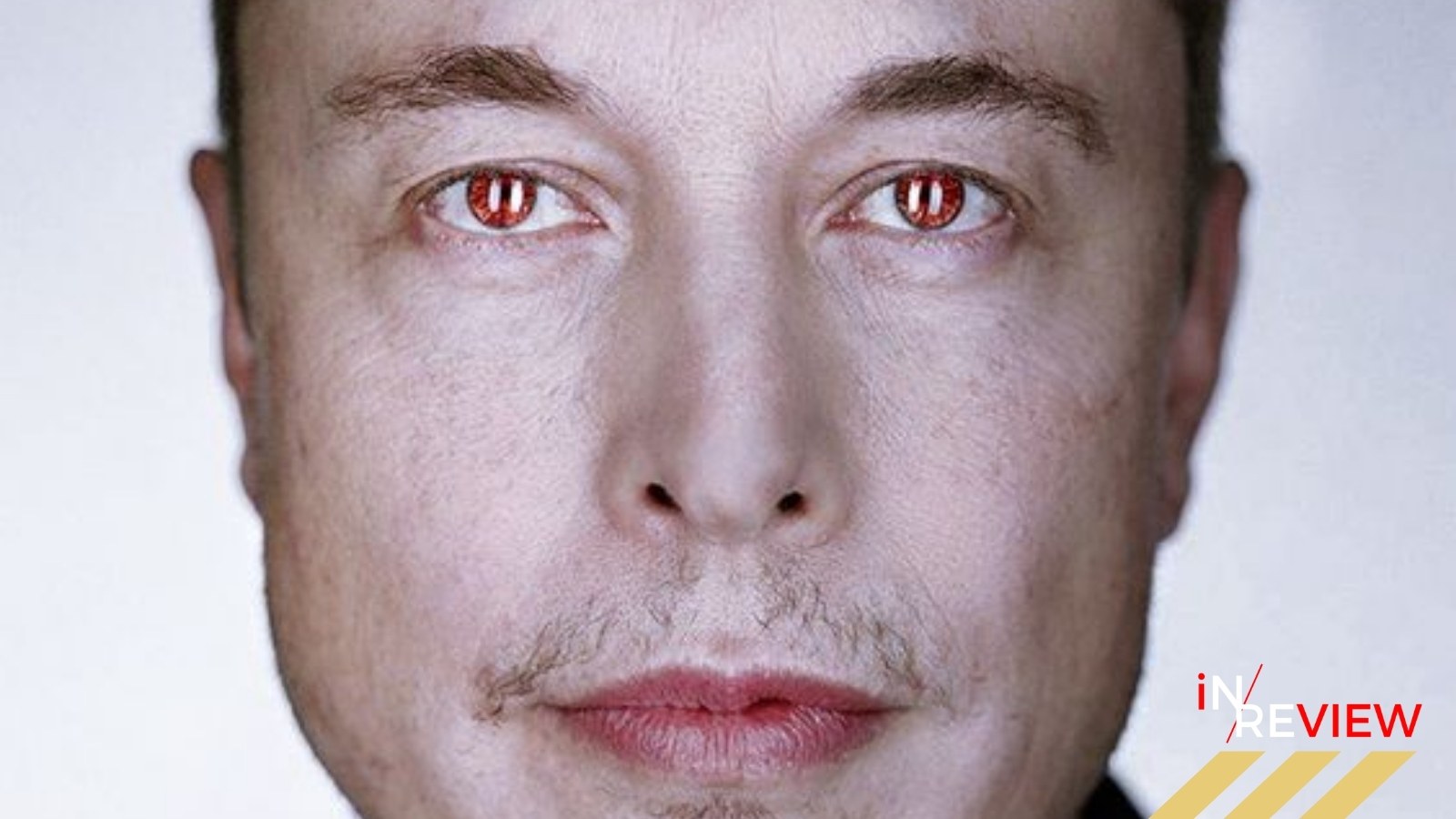 Elon Musk, the world’s richest man, has struck a deal to buy social networking site Twitter. Musk, the owner of Space X and Tesla, has reportedly paid a whopping $44 billion for the site that has hundreds of millions of users.

Musk has promised there will be changes with his takeover, including reducing censorship on the platform, which has led to concerns that a lack of moderation could lead to a rise in hate speech.

Twitter has reacted wildly to the news, with people joking, cheering and issuing dire warnings, some have even quit the site.

We’re diving into Elon Musk’s Twitter takeover, why he wanted the site and is it bad for democracy or a win for free speech?

"Silicon Valley’s tech lords have decided they want to be arbiters of speech on political topics like climate change and the origins of Covid.”

If you ask Elon Musk he will tell you he wants Twitter so he can create a haven of ‘free speech’. The world’s richest man also happens to be Twitter’s eighth most popular user – and it’s reported he plans to make the platform fully private in order to restore its commitment to what he calls “free speech.”

For Musk, he believes Twitter isn’t living up to its full potential of being a platform for free speech – Twitter like other social media sites suspends accounts that violate its standards (including on violence, hate speech or harmful misinformation).

He says that he isn’t interested in making money from Twitter and that his motivation is from realising that “having a public platform that is maximally trusted and broadly inclusive is extremely important to the future of civilisation”.

Musk has said he hopes his biggest critics remain on Twitter as that is the whole point of ‘free speech’, he describes himself as a “free speech absolutist” – but he regularly blocks Twitter users who question or disagree with him.

The Twitter takeover is a gamble for Musk, if he “strikes a more satisfying balance on content moderation, he might be right about Twitter’s hidden value.” According to the Journal, the financing proposal he announced last week includes $21 billion in personal equity (about 10 per cent of his net worth). As collateral on debt, Musk would also pledge a third of his Tesla stake. 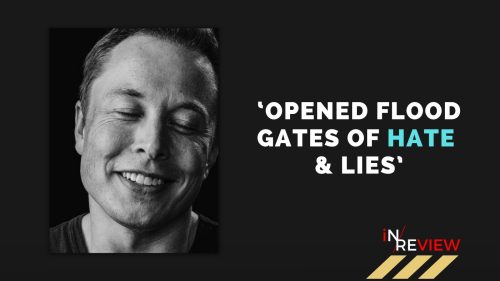 “Current management is correct that most regular social-media users don’t want a daily bath of Russian bots, jihadist propaganda, noxious harassment and so forth. Ditto for advertisers, who represent about 90% of the company’s revenue. Yet Silicon Valley’s tech lords have decided they want to be arbiters of speech on political topics like climate change and the origins of Covid.”

As expected, the plan to dial back moderation has not been well received by progressives, who believe Musk is opening up the door to hate speech and misinformation.

'Did the Chinese government just gain a bit of leverage?'

The reaction to Elon Musk’s Twitter takeover has been mixed. Fellow billionaire and spaceman Jeff Bezos has questioned whether Elon Musk’s takeover of Twitter would bring the company under Chinese influence.

Bezos questioned whether Musk could be making Twitter vulnerable to pressure from China due to Musk’s extensive business liabilities in the Asian nation.

‘Interesting question, he said. ‘Did the Chinese government just gain a bit of leverage over the town square?’

His comment was atop a retweet from a New York Times journalist who noted that Tesla was extremely exposed to China – which is the car company’s second-largest market and their manufacturers supply battery parts for his company.

Bezos backtracked on his comment only hours later. ‘My own answer to this question is probably not. The more likely outcome in this regard is complexity in China for Tesla, rather than censorship at Twitter,’ he tweeted.

“We shouldn't be surprised to see modern-day similarities to the late 19th century era of outsized business personalities — because we really are living in a second Gilded Age.”

Billionaires and the media

When Bezos bought The Washington Post in 2013 he said it was to protect free speech and support journalism. It’s not uncommon for billionaires to own the news, Rupert Murdoch, Jeff Bezos and several other billionaires own print papers. And whilst print may slowly be dying, some of their online versions have a large and growing readership, though they might still lose money. 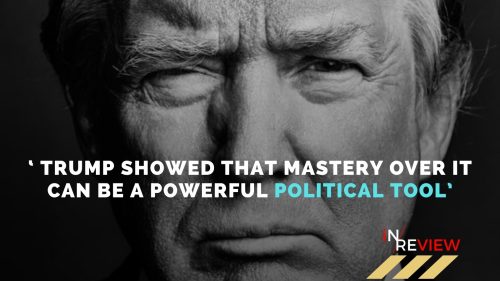 Musk’s Twitter takeover has drawn comparisons to the notorious Gilded Age financier Jay Gould – who for over a decade starting in 1881 single-handedly controlled America’s telegraph wires. In an article from Axios they say the similarities between Musk and Gould are “eerie.”

The article notes that Twitter and the telegraph “are and were politically influential”, pointing to former US President Donald Trump’s use of the site in modern American politics. “President Trump showed that mastery over it can be a powerful political tool” and adds that Musk is one of the sites most-followed which has some concerns because his bid to own it outright could be seen as too much power for one man to have in a democracy.

“I think both Gould and Musk have a vision of money not just being money, but of being power,” Ed Renehan, author of “Dark Genius of Wall Street,” a Gould biography, told Axios.

“We shouldn’t be surprised to see modern-day similarities to the late 19th-century era of outsized business personalities — because we really are living in a second Gilded Age.” 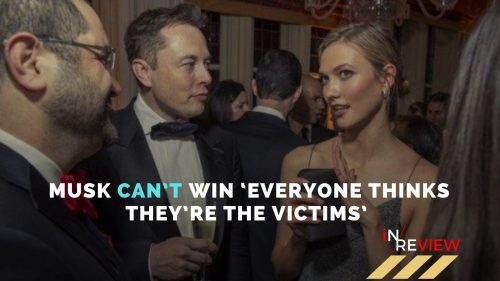 We all know the dangers of Twitter, how it warps your perspective and how it can radicalise people and ruin mental health. But the article argues that it’s also a place where ideas and campaigns are shared and where elites hang out. Hundal says the issue is you have to be “good at making the distinction. And the problem is we are all bad at making that distinction.”

“The problems [of censorship at social networks] are NOT about politics or topics of discussion. They are about all the ways that humans misbehave when there are no immediately visible consequences, when talking to (essentially) strangers, and the endless ingenuity they display trying to get around rules.”

'Cesspit of Nazis and killjoys'

"Musk is a rich man who has put great amounts of time and energy in confecting his own image.”

‘Just another desperate attempt at celebrity’

Is this the most cursed timeline? According to the Guardian – YES! In an opinion piece from Sian Cain, the article says this is just Elon Musk’s latest attempt at reinventing himself as a celebrity.

Musk isn’t a celebrity, he’s “a rich man who has put great amounts of time and energy in confecting his own image.” And yet he repeatedly inveigled his way into pop culture, turning up in everything from South Park to Iron Man 2.

“Elon, you’re a billionaire! We’ll always be fascinated by your various planes and thoughts about pyramids. Just stop turning up in our shows and films. Be free! Free from the disdain people have for someone who, say, spends $44bn on a social media platform and not on, I don’t know, anything else.”

Arwa Mahdawi questions the future of Twitter in Musk’s hands, noting that being a Twitter user for more than a decade she has seen it go from “a joyful place populated by brilliant, witty people to being an awful cesspit full of Nazis and killjoys.” She condemns both the right and left-wing for their bullying tactics on Twitter and says the rightwing “seem to believe a billionaire buying a social network is a win for free speech and a rebuke to big tech.”

And despite former president Donald Trump insisting he has no plans to rejoin Twitter (he’s perhaps the most famous person to be kicked off), it’s likely Trump will return now Musk has control. The article states “if Trump has any hope of making a political comeback, then Musk is his best bet” noting since he was kicked off Twitter his relevance has plummeted and his own social network site – Truth Social has been a failure. 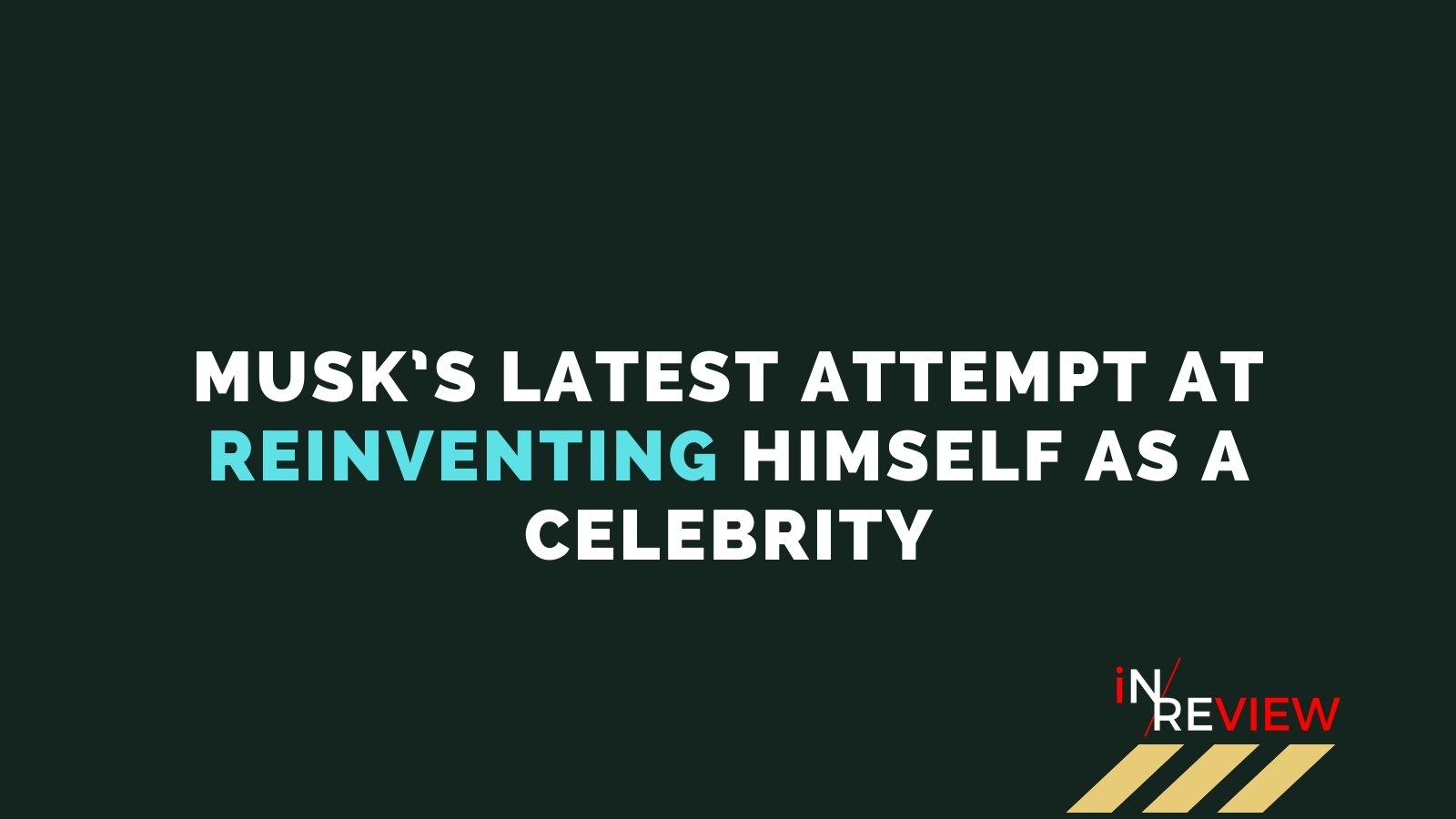 Elon Musk calls himself a “free speech absolutist.” But if you dip into his history it paints a different picture. He likes to say what he wants but when others say things that go against his views he “bristles”, writes the Atlantic.

“He will grace his fans with engagement, but he has little interest in critics”

He’s not always shown himself as someone who welcomes people speaking their minds, especially if they’re speaking against his companies. “Musk’s version of free speech, in practice, seems to be one in which only powerful people can say what they please and escape any negative consequences.”

The Atlantic says Musk’s Tesla does not have a culture of speaking freely, it’s been reported that employees have been fired for disagreeing with him, including disagreements over the company’s ambitious productions goals being unrealistic according to the Wall Street Journal reporter Tim Higgins.

There have been allegations of racial harassment and discrimination at work that the company has reportedly ignored or tried to silence them. 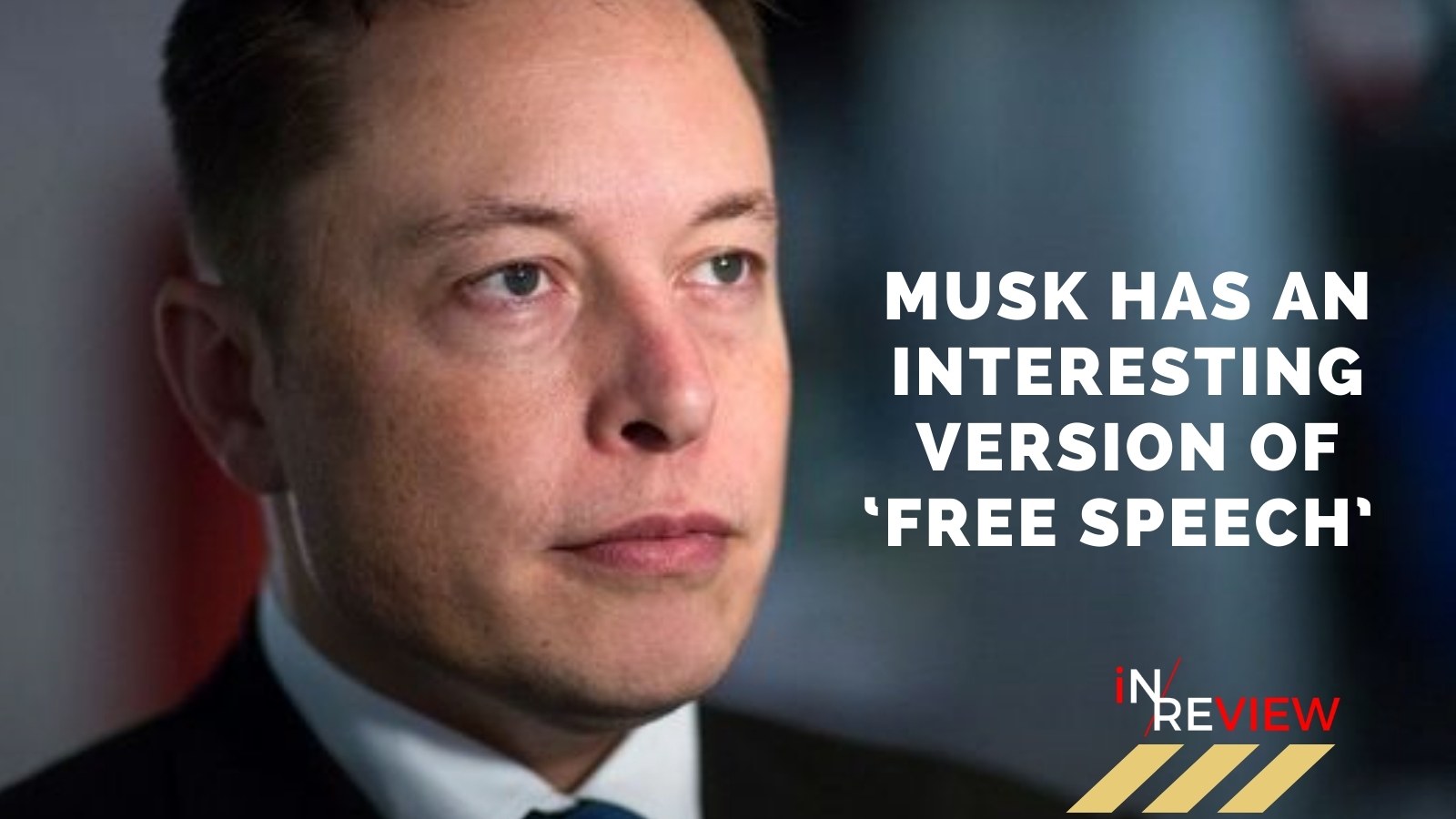 Elon Musk buys Twitter: How will the platform change?

Elon Musk and the ghost of Jay Gould

How did musk make his money?

How did musk make his money?

Elon Musk has made billions from various business ventures – from founding PayPal and SpaceX to becoming the CEO of Tesla. His net worth is also based on his shares in Tesla, as he owns around 24%.

Musk and Twitter agreed to an acquisition deal after weeks of back-and-forth between the company and the world’s richest person. Musk first agreed to join Twitter’s board, then backed out of the position.

Why is Elon Musk famous?

Why is Elon Musk famous?

How did Elon Musk become famous?

How old is Elon Musk now?

How old is Elon Musk now?