Quick Summary
No judges have yet been confirmed to return to BGT. 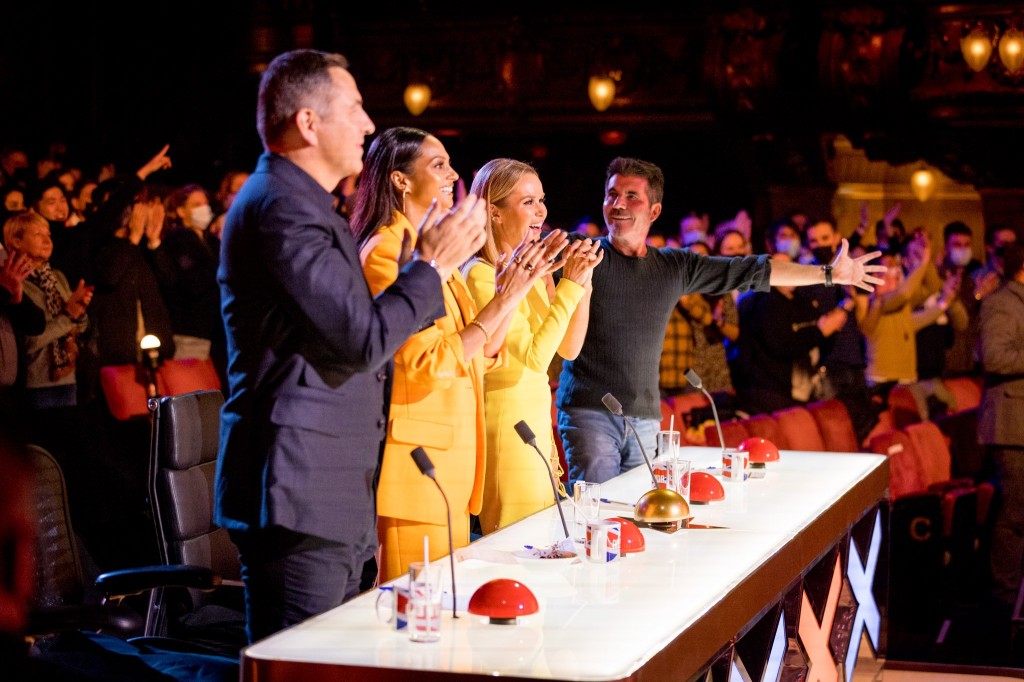 Simon Cowell has avoided answering if David Walliams will be returning to the Britain’s Got Talent judging panel after the leaked recording scandal.

The best-selling children’s author and Little Britain TV comedy star called one elderly performer the C-word three times after he walked off stage, according to a transcript leaked to a newspaper.

And he said of a woman hopeful: ‘She’s like the slightly boring girl you meet in the pub that thinks you want to f*** them but you don’t.’

His slurs were picked up by a mic used to record chats between him and fellow judges Cowell, Amanda Holden and Alesha Dixon at the London Palladium in January 2020.

Walliams, who joined BGT in 2012, said in a statement: ‘I would like to apologise to the people I made disrespectful comments about during breaks in filming for Britain’s Got Talent in 2020.

‘These were private conversations and – like most conversations with friends – were never intended to be shared. Nevertheless, I am sorry.’

In a new interview, Cowell has avoided confirming whether Walliams will return to the talent show as a judge, telling a reporter ‘Ask me in a few weeks.’

He added to The Daily Star, when asked about Walliams’ behaviour: ‘Can we not go there? If you don’t mind.’

Metro.co.uk understands that no decisions regarding the BGT judging panel have been made and no judges are signed up for next year yet.

Simon dodged the question of whether Walliams would return (Picture: David Fisher/Shutterstock)

This comes after reports that Walliams could be cut from the panel, with an insider previously telling The Daily Mail: ‘This could not have come at a worse time in terms of his return to BGT, the discussions are going on right now so David’s remarks have now become a huge part of the conversation.

‘He hasn’t signed any deal yet which has come as a relief because now there are options. It is a family show and this isn’t just a negative thing to happen, it is offensive to people.

No judges have yet been confirmed (Picture: PA)

‘It has left David in a very precarious position. There are some people involved in the show who point blank don’t want him back, there is a danger of this incident becoming part of the BGT narrative and nobody wants that.’

In the leaked transcript, the 51-year-old star said of the woman: ‘She’s like the slightly boring girl you meet in the pub that thinks you want to f*** them but you don’t.’

Yet more rail strikes planned for December and January

In the exchange with the elderly performer, it’s said they swapped banter from the stage and the contestant had left before Walliams called him the C-word.


MORE : David Walliams ‘could be axed from Britain’s Got Talent’ after vile remarks to contestants

No judges have yet been confirmed to return to BGT.