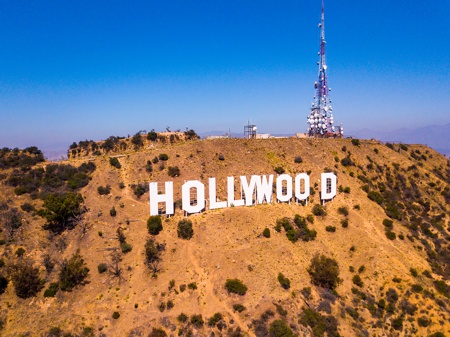 We look at the 10 sexist vegan men out there in Hollywood, find out what led them to veganism and watch some vegan cooking tips and recipes on the latest episode of Insta Talk.

Apparently, he stopped eating animal products after he learned about the mistreatment of animals. He was also influenced by Hunger Games co-star, Woody Harrelson, who has been vegan for years.

He told Men’s Fitness that he found “no negatives to eating like this. I feel nothing but positive, mentally and physically.”

Actor Casey Affleck has been a vegan for years, but his love for animals runs deep. He believes that ‘meat is murder’ and did a public service announcement for PETA that exposed the beef and pork industry’s abuse of animals.

In the PSA, Casey says he went vegan because: “When people ask me why I don’t eat meat of any other animal products, I say, ‘Because they are unhealthy and they are the product of a violent and inhumane industry.’”

“Chickens, cows, and pigs in factory farms spend their whole lives in filthy, cramped conditions, only to die a prolonged and painful death.”

For those reasons, and because he thinks meat is ‘poison that contributes to heart disease and cancer”, Casey strongly urges his fans to avoid meat too.

The Black Eyed Peas frontman decided to go vegan later in life. And his reasons for doing so are quite interesting. He told the Belfast Telegraph:

“I thought about what I was eating – I was gnawing on flesh, dead animal. If you think about it, it’s kind of sick.”

“Imagine you’re hungry – almost starving. You have a bushel of broccoli and then a chicken walks by. Are you going to rush the chicken, no utensils, and just eat it? De-feather it – eat the skin and cartilage, no seasoning and salt? No, you’re going to dive into that bushel of fricking broccoli.”

The rapper/songwriter has been delighted to report that his new vegan diet caused his cholesterol and blood pressure to fall dramatically.

Our favourite – Joaquin Phoenix is perhaps the most famous vegan celebrity. Apparently, after he saw how fish suffered when his parents took him and his siblings on a fishing trip, all the Phoenix children became vegans.

His concern for animal welfare led him to narrate Earthlings – a film that many say ‘turned them vegan’. It’s definitely one of the most hardcore documentaries on animal exploitation out there!

Phoenix gets specifically tailored non-wool suits, his own vegan car and refuses to get into vehicles that have leather seats. He is a member of In Defense of Animals and PETA and has campaigned for both organisations.

Jared Leto’s perfect skin, lovely thick hair is all down to his vegan lifestyle. The actor is nearly 50 but veganism delays the ageing process. The actor always eats vegan, even when he gets all muscly for a role.

In 2008, he supported California Proposition 2 regarding the treatment of farm animals. In February 2015, Leto was named a global ambassador for World Wide Fund for Nature (WWF), supporting online fundraisers.

Jaden Smith likes to share vegan food. He launched his own mobile restaurant that provides free vegan dinners to the homeless.

But that’s not all. When he was just 12 years old he became a partner in a spring water company called Just Water, the company aims to create water filtration systems that are cheap and can be used in underdeveloped nations.

The star was crowned ‘the hottest vegan celebrity’ by peta2, the young division of the largest animal rights organisation, PETA. He joins the list of previous winners that include Ariana Grande.

The yoga-loving, compassion preaching, cat keeping actor/comedian has been a vegan for years – but that’s probably no surprise.

Russell became a vegetarian at the age of 14 and embraced the vegan lifestyle in 2011 after viewing the documentary Forks Over Knives, which focuses on the health benefits of a plant-based diet.

Zac Efron’s YouTube channel “Off the Grid” features him and his brother Dylan as they participate in outdoor activities and trips with zero electronic devices. Efron prefers to be in nature, focusing on the beauty of his surroundings, including wildlife.

Tobey – BFF’s with ecological celebrity Leonardo DiCaprio – was born a vegan. “I’ve never had any desire to eat meat. In fact, when I was a kid I would have a really difficult time eating meat at all. It had to be the perfect bite, with no fat or gristle or bone or anything like that. I don’t judge people who eat meat – that’s not for me to say – but the whole thing just sort of bums me out,” he said to Parade magazine.

Like Joaquin, he refuses to ride in cars with leather seats – but admits to a slip up every now and then and may have some milk chocolate, or may eat sweets that contain honey.

He was voted the World’s Sexist Vegetarian in 2002 by PETA.

Red Hot Chilli Peppers singer Anthony Kiedis has been a vegetarian since the 80s. But after his son was born in 2007 he became a vegan.

An animal lover and all-around compassionate guy – supporting Native American Rights, he raised his son vegan so he can pass on important values about caring for animals.

My Tweets
We use cookies to help identify your computer so we can tailor your user experience, track shopping basket contents and remember where you are in the order process. WTX News Our Cookie Policy
Britney loses bid to stop her father’s control, as 12-year ordeal continues – A look at the conservatorship timeline
VIDEO: Top 5 Celebrity Instagram Moments This Week –DIY Makeup tips, Vogue, Fresh Prince Trailer, New Music
To Top
Weekly