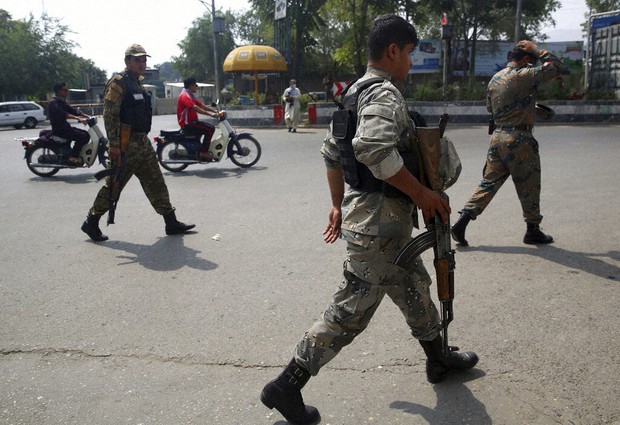 A car bomb attack in the northern province of Faryab has killed at least four Afghan policemen and injured at least 20 people – including eight civilians.

Governor Naqibulllah Faiq said the car bomb attack was carried out on Monday evening by the Taliban. The militants detonated “a Humvee loaded with explosives” near the police headguards of Almar district.

Houses and shops in the area were damaged in the attack, and a gunfight between attackers and police began after the explosion which continued until Tuesday morning, according to the governor. The district police chief was among the wounded, Faiq said.

Neither the Taliban nor any other group has claimed responsibility for the attack.

It’s the second car bomb attack in Afghanistan over the past two days, In the southern Kandahar province, a truck bomb detonated on Monday, killing 14 and injuring at least 49 others.

The bombing in Faryab came as the Taliban declared on Tuesday that they remain committed to the implementation of the peace agreement they signed with the US in February. The group said in a statement they expect the new US administration to withdraw all US forces from Afghanistan, and to stop interfering in the country’s affairs.

Despite Taliban commitments to reduce violence, a new report published by the US Special Inspector for Afghanistan Reconstruction (SIGAR) said that 876 civilians were killed and 1,685 were wounded from July 1 to September 30 this year. The casualties increased by 43 per cent compared to the previous quarter, amid “an ongoing peace process” in Afghanistan.