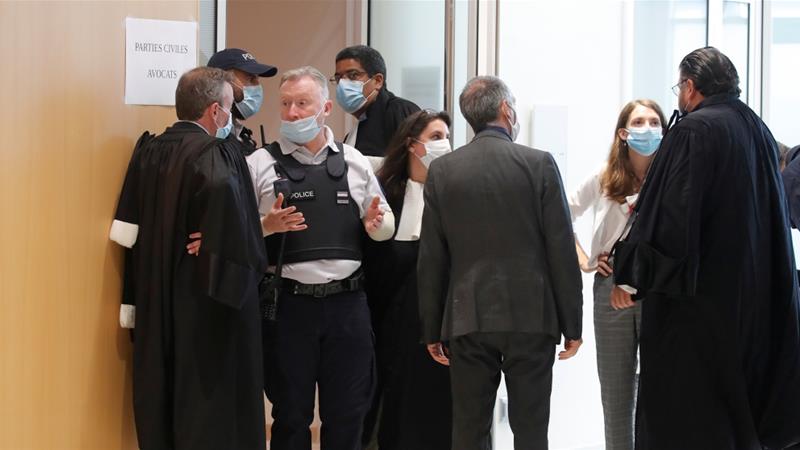 The main suspect in the 2015 Charlie Hebdo attack in France has tested positive for Covid-19 and his trial has been suspended, lawyers say.

Ali Reza Polat is accused of helping the militant Islamic attackers who killed 12 people at the satirical magazine four years ago.

All ten accused accomplices must be tested for the virus before the trial can resume, said the presiding judge.

It’s likely the suspension will delay the trial’s conclusion later this month. The judge suspended the court for several days after Ali Reza Plolat, 35, was sick and seen by a doctor.

Speaking of the 10 other suspects, the judge said the “resumption of the trial will depend on the results of these tests and the development of the health of the people concerned.

The defence lawyers were due to give their final submissions in the coming days, and verdicts were expected in two weeks’ time.

Fourteen people in total are on trial over the attack at the magazine headquarters, as well as related attacks on a policewoman and Jewish supermarket that left 17 people dead in total over three days. Three of the 14 are being tried in absentia.  The three gunmen in the two attacks were shot dead by police.

Ali Reza Polat is believed to be the main link between the attacks and is believed to have had a key role in obtaining the weapons used. He subsequently attempted to flee to Dubai, Lebanon and Syria but without success.

The trial had already faced a delay of four months because of the coronavirus pandemic.

France returned to strict lockdown on Friday after a spike in Covid-19 cases in recent days.

My Tweets
We use cookies to help identify your computer so we can tailor your user experience, track shopping basket contents and remember where you are in the order process. WTX News Our Cookie Policy
Sunday Papers: 4-week national lockdown, why did it take so long Mr Prime Minister?
Prince William ‘tested positive for Covid-19 in April’
To Top
Weekly