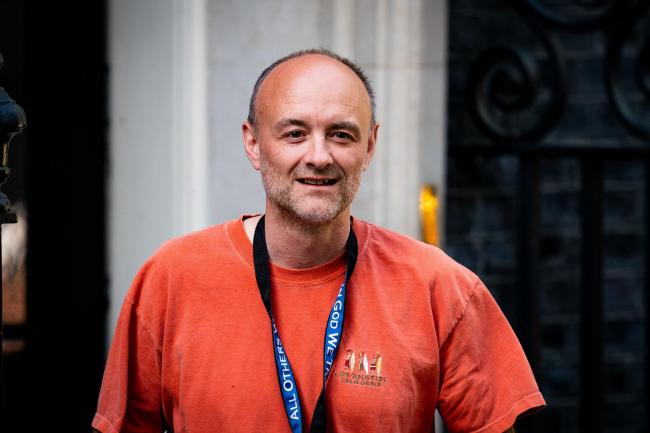 Nazir Afzal, a top UK prosecutor has called for further action to be taken against Dominic Cummings for his severe and continued breach of lockdown rules implemented in the UK.

The in-depth dossier has now been submitted to the Crown Prosecution Service (CPS) for consideration. Azal wants the CPS to pursue prosecution of Cummings for his flagrant disregard for the law during his 260-mile trip to Durham in March and April this year.

The paper demonstrates a range of evidence including eye witness reports that show Cummings in breach of lockdown rules multiple times.

Dominic Cummings, a figure who is both revered and loathed in the UK for his role in the Brexit referendum, is now at the centre of a political scandal over whether he flouted lockdown rules.

British Prime Minister Boris Johnson has refused to sack Cummings, a key advisor and ally, after it was revealed that he and his wife travelled 400 km from London to his native Durham, in northeast England, in late March despite both having COVID-19 symptoms.

This week sources close to the prime minister suggest he is considering a month-long lockdown across England in the hope that measures could be eased before Christmas. But questions about policing this are still being questioned, especially since Nazir’s team of solicitors have uncovered the shocking Dominic Cummins allegations.

A new “stay at home” order could be announced on Monday, with schools, colleges and universities exempt. At the height of the pandemic during the spring, deaths in the UK reached more than 1,000 a day and Dominic Cummins made 6 breaches during this period.

The in-depth dossier has now been submitted to the Crown Prosecution Service (CPS) for consideration. Azal wants the CPS to pursue prosecution of Cummings for his flagrant disregard for the law during his 260-mile trip to Durham in March and April this year.

Nazir Afzal is a top UK prosecutor who lost his brother to Covid-19 and also led the criminal investigation to the Rochdale grooming gang.

Cummings still denies his guilt and continues to state that he acted within the confines of the law.

Infection rates are currently soaring across much of Europe, prompting new forms of lockdown in Belgium, France and Germany.

My Tweets
We use cookies to help identify your computer so we can tailor your user experience, track shopping basket contents and remember where you are in the order process. WTX News Our Cookie Policy
Daily News Briefing: Nottinghamshire moves into tier 3 restrictions – with extra rules added!
Sean Connery: James Bond actor dies aged 90
To Top
Weekly