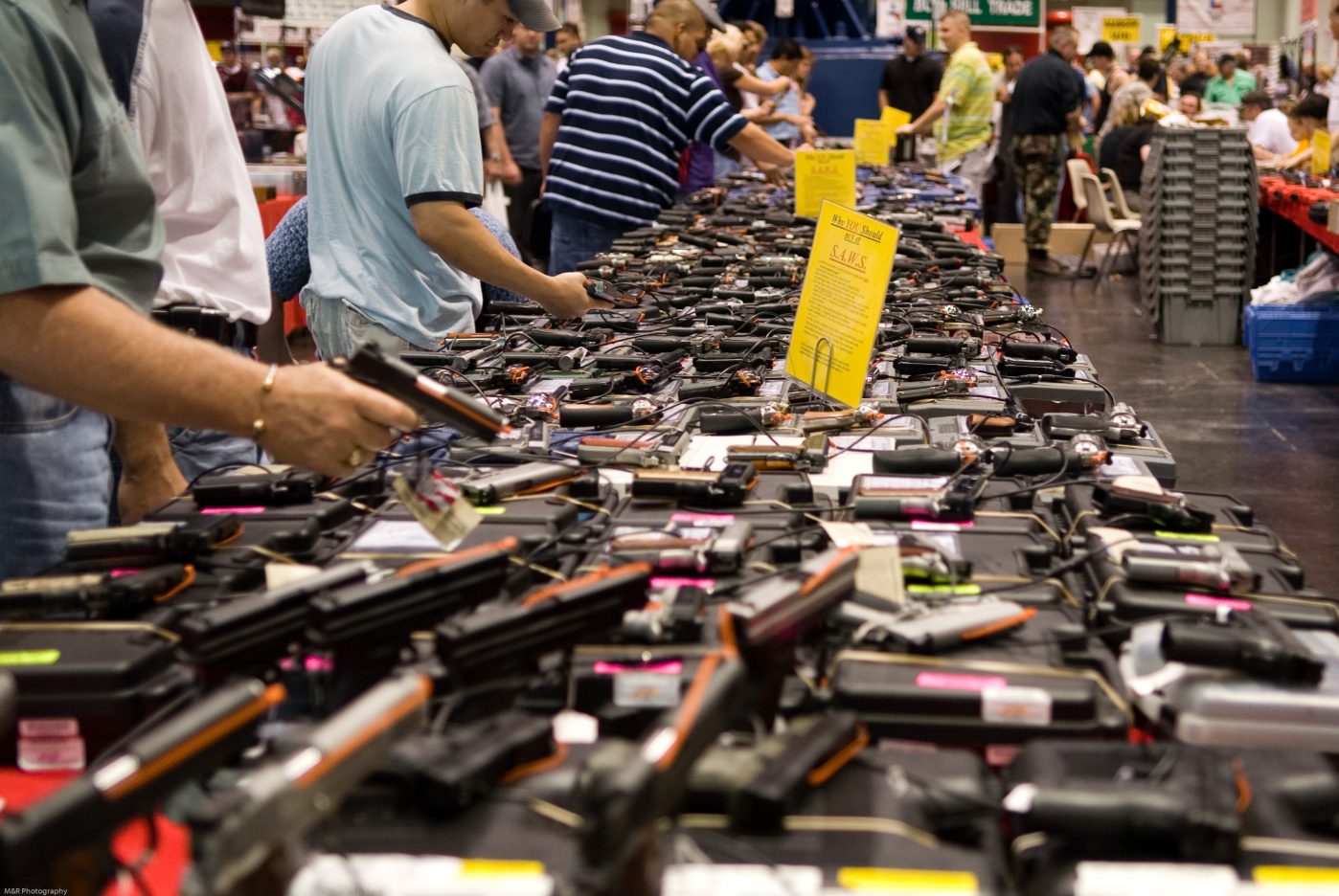 The latest polling average puts Biden ahead of Trump nationally.

While the national poll tracker is a poor indicator of how the crucial swing states will sway the election, a strong polling lead across the country can point to how the race will develop.

US elections poll tracker is keeping an eye on the rolling 14-day averages of the polls in eight key states that will be vital in the race for the White House.

It currently has Biden ahead in Florida, Pennsylvania, Michigan, North Carolina, Arizona, Wisconsin and Iowa. Trump retains a lead in Ohio. But, a big note of caution here – at a lot of those Biden leads are well within the polling margins of error.

Trump Jr Covid comments get him suspended from Twitter

Donald Trump Jr. falsely claimed Thursday that Covid-19 infection numbers have dwindled to “almost nothing,” despite there being around 1,000 deaths reported in the U.S. the same day.

In an interview on Fox News’ “The Ingraham Angle,” the president’s son said that medical experts who have been talking about a surge in cases are “truly morons.”

“I went through the CDC data, because I kept hearing about new infections, but I was like, ‘Well why aren’t they talking about this?’” Trump Jr. said. “Oh, oh, because the number is almost nothing. Because we’ve gotten control of this thing, we understand how it works. They have the therapeutics to be able to deal with this.”

“It’s gone to almost nothing,” he repeated.

According to Johns Hopkins university coronavirus tracking numbers, the US yesterday recorded 91 deaths, and the highest ever level of new daily cases at 88,521.

A nation divided, but agree on one thing

Americans have bought nearly 17m guns so far in 2020, more than in any other single year, according to estimates from a firearms analytics company.

Gun sales jumped across the US in spring, driven by pandemic fears, and spiked even higher in the summer, during mass protesting against racial injustice – prompted by the killing of George Floyd and other black Americans.

“By August, we had exceeded last year’s total. By September, we exceeded the highest total ever,” said Jurgen Brauer, the chief economist of Small Arms Analytics, which produces widely-cited estimates of US gun sales.

The estimated number of guns sold in the US through the end of September 2020 is “not only more than last year, it’s more than any full year in the last 20 years we have records for”, Brauer said.

The previous record for firearms sold was in 2016 when Hillary Clinton ran against Donald Trump for the presidency. Clinton endorsed a strong gun-control platform.

The rise in gun sales comes amid rising tension and intense political polarisation. Walmart – because on “the current unrest” – have removed gund and ammunition from display in stores this week as a “precaution” against theft if stores are robbed, according to the Wall Street Journal.

US unions have begun discussions of a general strike if Donald Trump refuses to accept an election result that shows Joe Biden has won.

Such a move would be unprecedented in the modern era. There hasn’t been a general strike in the US since 1946 – and that was restricted to Oakland, California.

The local labour federation in Rocester, New York, was the first union group to officially support the idea. Union federations in Seattle and in western Massachusetts have followed suit, approving resolutions saying a general strike should be considered if Trump seeks to subvert the election outcome.

Dan Maloney, president of the Rochester-Genesee Valley Area Labor Federation, said his 100,000-member group adopted the resolution to get people discussing the idea – from local unions to the AFL-CIO, the nation’s main labour federation which represents more than 12.5 million people.

On 8 October, the Rochester federation voted to support preparing for and holding “a general strike of all working people, if necessary, to ensure a constitutionally mandated peaceful transition of power as a result of the 2020 presidential elections.”. The union leaders voted to stand “firmly in opposition to any effort to subvert, distort, misrepresent or disregard the final outcome” of the election.

Despite how close we are to Election Day, there are still states where people are bickering over how to conduct the election.

Officials have urged local election offices to begin counting mail-in ballots on Election Day, after several Republican-led counties in the battleground state said they would not start counting the votes until a day later.

Ealier in the week, Trump said that an extended period of counting mail-in ballots would be “totally inappropritate” and an overall winner should be declared on Tuesday night after the polls close.

At least three Republican-run counties in Pennsylvania have said they will not begin counting votes until next Wednesday, in part because of lack of staff. Talks between the state’s Democrats and Republicans to allow more time to handle the sharp increase in mail-in balloting this year were unsuccessful.

The US supreme court ruled on Wednesday that Pennsylvania could count mail-in ballots that are postmarked by Election Day and received up to three days later, rejecting a Republican effort to have late ballots thrown out.

Hurricane Zeta has wreaked havoc across southern states of the US, killing at least six people and leaving 2.6 million without power. Zeta brought damaging winds of 100mph across states including Louisiana, Mississippi, Alabama and Georgia, while flooding also occurred.

And as bad as the 2020 hurricane season has been, it isn’t over. Forecasters said disturbed air off the northern coast of South America could become a tropical depression and head toward Nicaragua by early next week.

With just a few days until the election, there are concerns about whether the storm would impact voters’ ability to get to the polls.

Far fewer early voters showed up after the storm in Pascagoula, Mississippi, a court clerk told the Associated Press, and power failures in two Georgia counties disrupted voting. In Louisiana, getting power back to polling centres was a priority as was letting voters know quickly if there were any changes to locations come Tuesday.

Will Democrats flip the Senate?

There’s more at stake this election than just electing a president. There’s a possibility that the Democrats might entrench their position in the House of Representative and flip the Senate.

Democrats aren’t just playing in red states and districts; they’re seriously competitive in many of them. Inside Elections now projects Democrats to pick up a net gain of 14 to 20 seats in the House, building on their historic 2018 midterm gains to grow their House majority, and a net gain of four to six seats in the Senate, which would be enough to flip the chamber.

Inside Elections has shifted three Senate races in Democrats’ favor: Alaska and the two Georgia races. Both are red states that Trump carried in 2016. But in Georgia particularly, Trump is struggling to match his margin from four years ago, with some public polls showing him trailing Biden, who visited the Peach State this week.

The question in many traditionally red districts this year, with Trump on the ballot, was whether voters would take their anger out on Trump, and only Trump, continuing to vote Republican down the rest of the ticket.

But given how closely most down-ballot Republicans have stood with Trump over the past four years and how nationalized House races have become, more of them are now at risk of going down with the President.

Read the full story on CNN:  The Senate and House races have become more competitive for Democrats in the final sprint to Election Day.

The president went on another late-night Twitter spree but it looks like he may have finally gone to bed.  Trump hasn’t tweeted since around 3 am. Here were his last couple of messages for the American people.

If Sleepy Joe Biden is actually elected President, the 4 Justices (plus1) that helped make such a ridiculous win possible would be relegated to sitting on not only a heavily PACKED COURT, but probably a REVOLVING COURT as well. At least the many new Justices will be Radical Left!

“Donald Trump has waved the white flag, abandoned our families, and surrendered to this virus.”

My Tweets
We use cookies to help identify your computer so we can tailor your user experience, track shopping basket contents and remember where you are in the order process. WTX News Our Cookie Policy
VIDEO: Trump and Biden feud over presidential debate topics
US Election 2020: Trump WON’T accept defeat – could drag out until 2021
To Top
Weekly