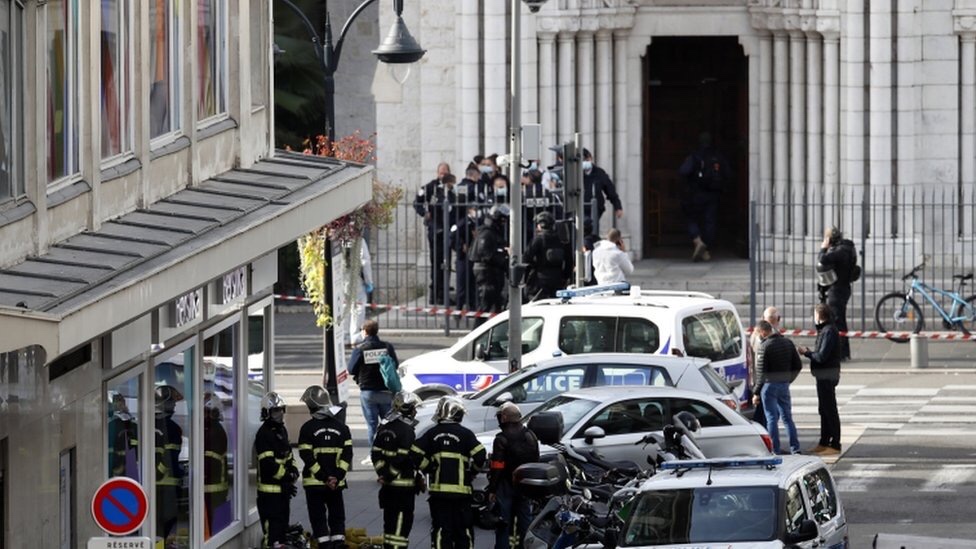 Three people have been killed in a knife attack in the French city of Nice, police say.

Nice Mayor Christian Estrosi said there had been a “terrorist attack at the heart of the Notre-Dame basilica”.

One elderly victim who had come to pray was “virtually beheaded”. A suspect was shot and detained shortly afterwards.

Mr Estrosi spoke of “Islamo-fascism” and that the suspect had “repeated religious words that sounded Islamic to Mr Estrosi.

France’s national anti-terror prosecutors have opened a murder inquiry. Mr Estrosi compared the attack to the recent murder of teacher Samuel Paty, who was beheaded close to his school outside Paris earlier this month.

Two further attacks took place on Thursday morning, one in France and one in Saudi Arabia.

My Tweets
We use cookies to help identify your computer so we can tailor your user experience, track shopping basket contents and remember where you are in the order process. WTX News Our Cookie Policy
Daily News Briefing: Nearly 100,000 catching Covid-19 in England every day
Happy Halloween! How did it start? The differences between UK and US celebrations and how it’ll be celebrated this year!
To Top
Weekly