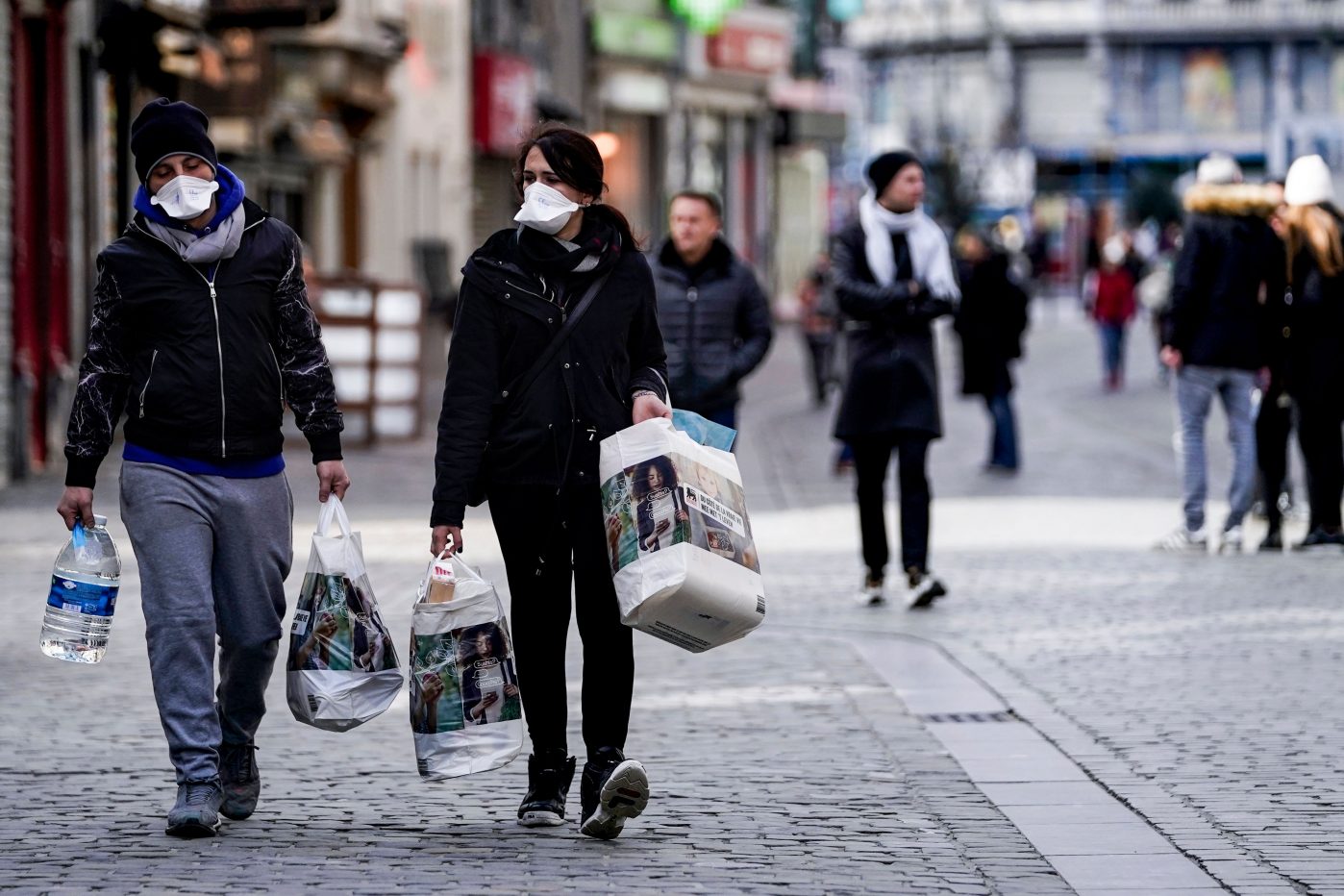 Brussels partial return to lockdown has failed to stem a dramatic new wave of Covid-19 infections, so on Monday bars and restaurants across Belgium were closed for a month.

From midnight, the shutdown will also be reinforced with an overnight curfew to discourage merry-makers from thronging the streets as the epidemic rages on.

But it is Belgium’s second major lockdown, hospitalisations are up 100 per cent week-on-week and restaurant owners are close to breaking point as they face a grim winter.

“We don’t feel like anyone cares. It breaks my heart,” said Angelo Bussi, eatery owner.

“Managers, chefs, dish-washers, everyone is suffering,” he told AFP, before shrugging, waving and walking off into the night, declaring: “Ah, well there we are, see you in a month.”

Some of the businesses can convert to offering take-away food, like the cafes and sandwich joints around the EU headquarters which were open and doing trade on Monday.

Prime Minister Alexander de Croo, facing his first emergency since he cobbled together a ruling coalition more than a year after elections, warned of an “exponential” virus surge.

Belgium has a population of only 11.5 million but is already one of the highest per-capita rates of infection in the world.

“The situation is serious and much worse that it was on March 18 when we ordered almost complete confinement,” he said Friday, referring to the number receiving intensive care in Belgian hospitals.

He called on Belgians to do the maximum to limit their social and professional contacts to a bare minimum, to keep infections down and give health workers space to work.

“The health situation in (the French-speaking region of) Wallonia and Brussels is the worst and therefore the most dangerous in the whole of Europe,” Health Minister Frank Vandenbroucke told RTL TV on Sunday.

On Monday, Belgium announced it had registered 222,253 coronavirus cases — a figure that has doubled in the past month, and 10,413 deaths.

Schools have reopened, but from Monday university campuses will be limited to a fifth of normal student numbers.

Working from home has also been advised, and many major employers — such as the EU headquarters in Brussels — are running with limited numbers of staff in the offices.

The EU is debating whether to hold more summits and talks virtually, after two foreign ministers who met last week tested positive and several leaders abandoned a face-to-face summit to self-isolate.

My Tweets
We use cookies to help identify your computer so we can tailor your user experience, track shopping basket contents and remember where you are in the order process. WTX News Our Cookie Policy
Violent rallies in Chile raise fears over referendum vote
Suspects behind beheading called for teacher Sam’s death
To Top
Weekly