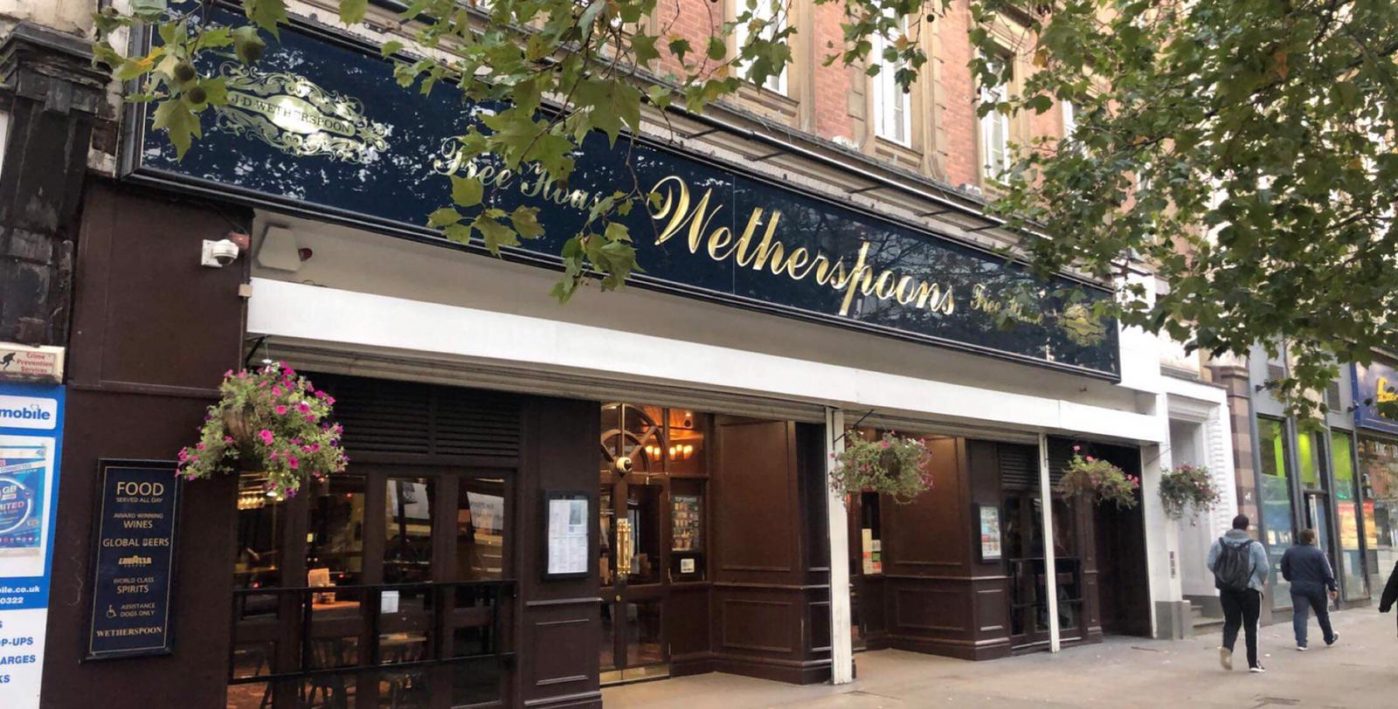 JD Wetherspoons have reported their first annual pre-tax loss since 1984 as it laid bare the impact of the coronavirus restrictions on the pubs industry.

The chain’s chairman Tim Martin railed against changes in rules to stop the spread of the virus, which he said were “confusing.”

From Saturday, households in London will not be allowed to mix indoors, including in pubs and restaurants.

London and Essex will come under Tier 2 restrictions while Liverpool has already been placed under tougher Tier 3 rules.

Mr Martin said: “There’s a massive confusion in the UK now because you’ve got the ‘rule of six’, Tier 2, Tier 3 – everyone’s confused.”

“I think you should concentrate on the basics which is social distancing. If you don’t get too close to someone you won’t get infected, that works better.”

The loss after exceptional items is a sharp reversal from the £95.4m pre-tax profit reported in the previous year.

Wetherspoon’s full-year results – which cover the first weeks after pubs were allowed to reopen on 4 July – also revealed that sales dropped by 30.6% to £1.2bn.

The hospitality industry has been one of the hardest-hit sectors

The company said that since reopening, like-for-like sales at its pubs were 15% lower compared to last year: “With strong sales in the first few weeks, followed by a marked slowdown since the introduction of a curfew and other regulations.”

Mr Martin said the safety measures that were introduced to allow pubs to safely reopen were tough on pubs “because it reduced capacity dramatically” but added the industry was “gradually getting used to it.”

“Trade was improving and social distancing was working and infections were low,” he said. “But what’s happened under emergency powers, the government is making a lot of changes which we think in the industry are arbitrary [and] don’t work, like the curfew and that’s making life almost impossible.”

UK Hospitality has warned that the new Tier 2 restrictions due to come into force in London and Essex could lead to 250,000 people losing thor jobs unless firms are given more financial support.

The hospitality industry has been hit hard by the pandemic. Earlier this week, Marston’s the pubs and brewery group said up to 2,150 furloughed staff were at risk of losing their jobs.

Wetherspoon said recently that up to 450 of its staff who work at pubs in airports were facing cuts as “sales are generally much lower and where a higher percentage is closed.”

The company confirmed on Friday that 108 head office staff have been made redundant.