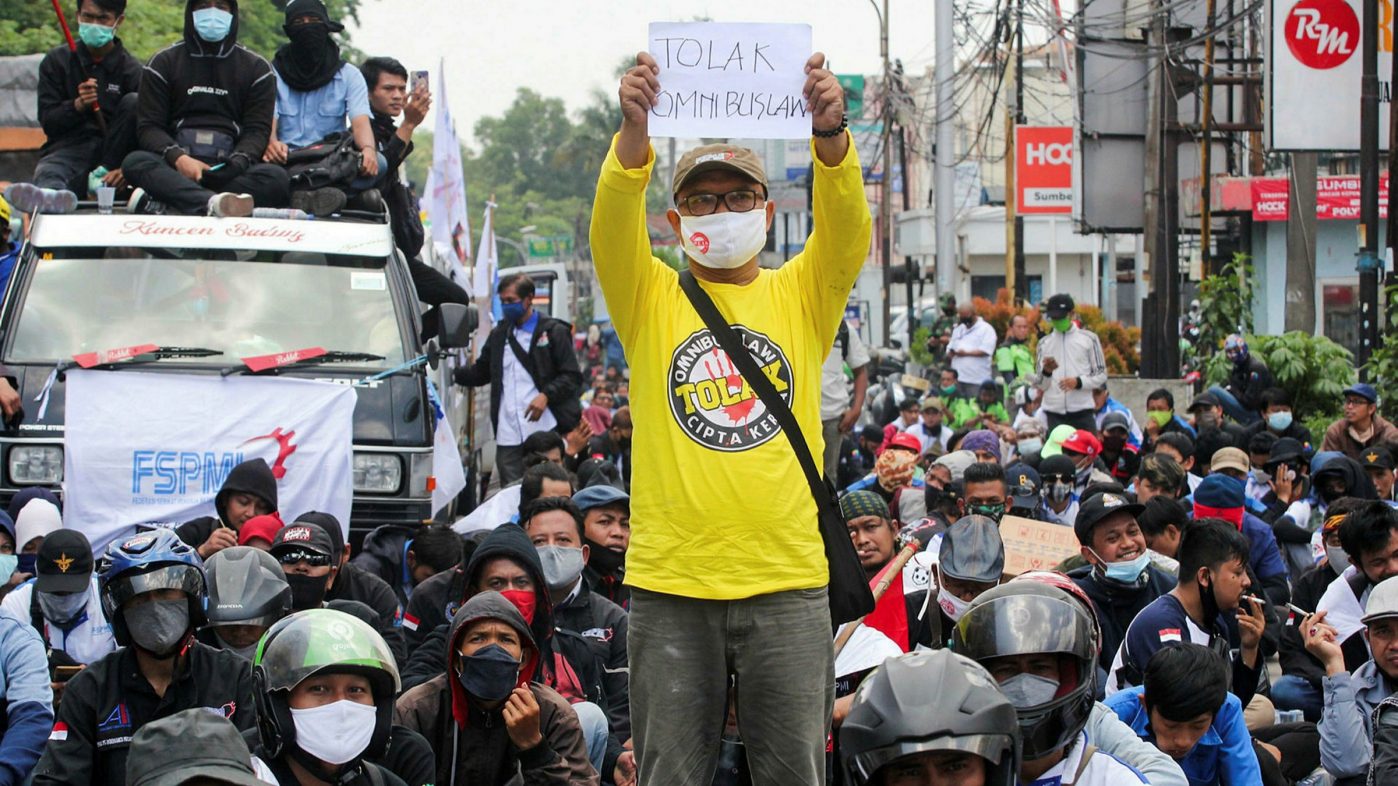 Indonesia workers have turned out for protests in several cities to oppose the passage of a controversial new jobs law that the government says is vital to attract investment but critics view as too pro-business.

Parliament voted on the bill earlier than expected and ahead of a national strike due to start Tuesday that unions expect to involve two million workers.

“The law will definitely affect the status of our employment,” Anwar Sanusi, a member of the FSPMI trade union in the city of Tangerang west of Jakarta, said by telephone.

He said the bill would mean outsourced workers and contracted workers remain in place for life, adding 400 workers on the morning shift had stopped working.

The new law removes the three-year maximum duration of contracts and cuts benefits, provisions the government said were intended to promote formal hiring.

“The Indonesian parliament made a ruinous false choice between environmental sustainability and economic growth by effectively legitimising uncontrolled deforestation as an engine for a so-called pro-investment job creation policy,” Phelim Kine, senior campaigns director with Mighty Earth said in a statement sent to Al Jazeera.

Nining Elitos, chairwoman of labour group KASBI, said by text message that “tens of thousands of people had stood in front of factories in many places”.

Her claim could not be verified and it’s unclear if workers would be able to protest in front of parliament buildings in Jakarta as planned, as police sought to block protesters using coronavirus as the reason.

. Usman Hamid of Amnesty International Indonesia said this “catastrophic law … will harm workers’ wallets, job security and their human rights as a whole.”

But Trimegah Securities economist Fakhrul Fulvian said the passage of the bill helped local markets with Jakarta’s main stock index up as much as 1.31 per cent and the rupiah by as much as 1.28 per cent against the US dollar.

He said banks and export-oriented industries should benefit, while consumer and retail sectors may be pressured as workers may increase savings to compensate for changes in labour rules.