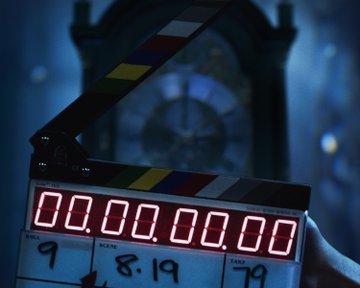 Stranger Things Season 4 – everything you need to know!

Fans of Netflix’s Stranger Things are eagerly awaiting a release date. We’ve gathered up all the information we know to shed some light on what’ll be going down in Stranger Things in season 4 and how long we have to wait!

Netflix renewed Stranger Things for a fourth series in September 2019, about three months after the season 3 release date, with a teaser trailer.

The cast and crew started filming Stranger Things season 4 in early 2020. According to a report from TV Line, production was supposed to last through August with three main locations, Lithuania, Atlanta and New Mexico.

If production would have stayed on schedule, the release date would have been in early 2021, according to star David Harbour.

But Stranger Things season 4 was shut down in March 2020 because of the coronavirus pandemic. Netflix confirmed the restart of production on October 1.

If there are no major production delays from here on out, a late 2021 release date is likely. If not, we’re looking at waiting until 2022 until we see the new season.

Currently, its most likely Stranger Things season 4 will be released in fall 2021. It gives enough time to film and promote the season as much as they need to before its release.

David Harbour will also be back, his character – Hopper – is alive and returning to season 4 as we found out in a teaser trailer released on Valentine’s Day.

Maya Hawke will also return as Robin in season 4. We also learned that Brett Gelman and Priah Ferguson have been upped to series regulars for the new season.

We also learned that Game of Thrones actor Tom Wlaschiha has been cast in the new season. He appears to play a Russian guard where Hopper is located.

Based on some rumours and reports online, we also saw there are going to be more than a few new characters in the new season.

Maybe she’s for Will Byers 🤔 pic.twitter.com/QckCF2L2WR

There’s probably a good chance we could see some characters who died in flashbacks, including Billy, Bob, Bard, and others. That means the show could bring back Dacre Montgomery, Sean Astin, and Shannon Purser. We don’t know for sure, but it would make sense, and the show has done things like that in the past.

And, the Demogorgon, played by Mark Steger, is officially back for season 4!

There’s no season 4 official trailer just yet. It likely won’t be released until we’re a few months away from the release of the new season. At this point, we may see the first trailer later this year or possibly 2021.

We have been given a sneak peek of season 4 though!

On Valentine’s Day, Netflix shared the first look at the new season. The trailer revealed Hopper was still alive, but he’s in a tough spot. He’s stuck in a Russian prison/work camp. We saw Hopper and the rest of the prisoners building a railway line in the frozen middle of nowhere.

Obviously, this was great news for fans of the series. Hopper was thought to be dead immediately after the machine under the Starcourt Mall exploded. In the final scene of the season, it looked like Hopper was actually alive in a Russian prison. As it turns out, he was!

Check out the teaser trailer below

What’s going to happen in season 4?

Netflix hasn’t revealed the official synopsis for Stranger Things season 4 just yet. We can expect to see that synopsis as we get closer to the release date.

But the Duffer brothers made a statement to The Hollywood Reporter after it was revealed that Hopper was, indeed, still alive, and it’s pretty chilling.

“We’re excited to officially confirm that production on Stranger Things 4 is now underway — and  even more excited to announce the return of Hopper,” brothers Matt and Ross Duffer revealed in a message written to fans “from Russia with love.”

“It’s not all good news for our ‘American,’” they continue. “He is imprisoned far from home in the snowy wasteland of Kamchatka, where he will face dangers both human … and other. Meanwhile, back in the states, a new horror is beginning to surface, something long buried, something that connects everything …

“Season four is shaping up to be the biggest and most frightening season yet, and we cannot wait for everyone to see more. In the meantime — pray for the American.”

There’s a lot to break down in that statement!

In Russia, Hopper is really up against it! We know how horrible they treated Steve and Robin when they were captured, and that was just to get information out of them. Think how bad they will be treating Hopper, one of the reasons their mission to open the gate to the Upside Down failed.

He’ll also be facing, likely, the Demogorgon and other creatures from the Upside Down. Based on the Demogorgon’s presence at the end of the season, I’m guessing there might be a gate open over there. Hopefully, the Mind Flayer doesn’t find it

Stateside, there are more problems on the way, as well. That “new horror” and “something long buried” does not sound very good! The Hawkins Heroes might be called upon again to save the day.

I’m glad to see the emphasis on connecting everything in the new season. I think we’ll learn a lot about how the Upside Down was opened and why. There’s still so much we don’t know about Eleven’s powers, the program Brenner was running, and if there are other places like Hawkins and people like Eleven in the United States.

We recently learned that the new season will likely be set during basketball season, based on an image from the Stranger Things season 4 set. That means the season will likely take place between November 1985 (one month after season 3) and March/April 1986.