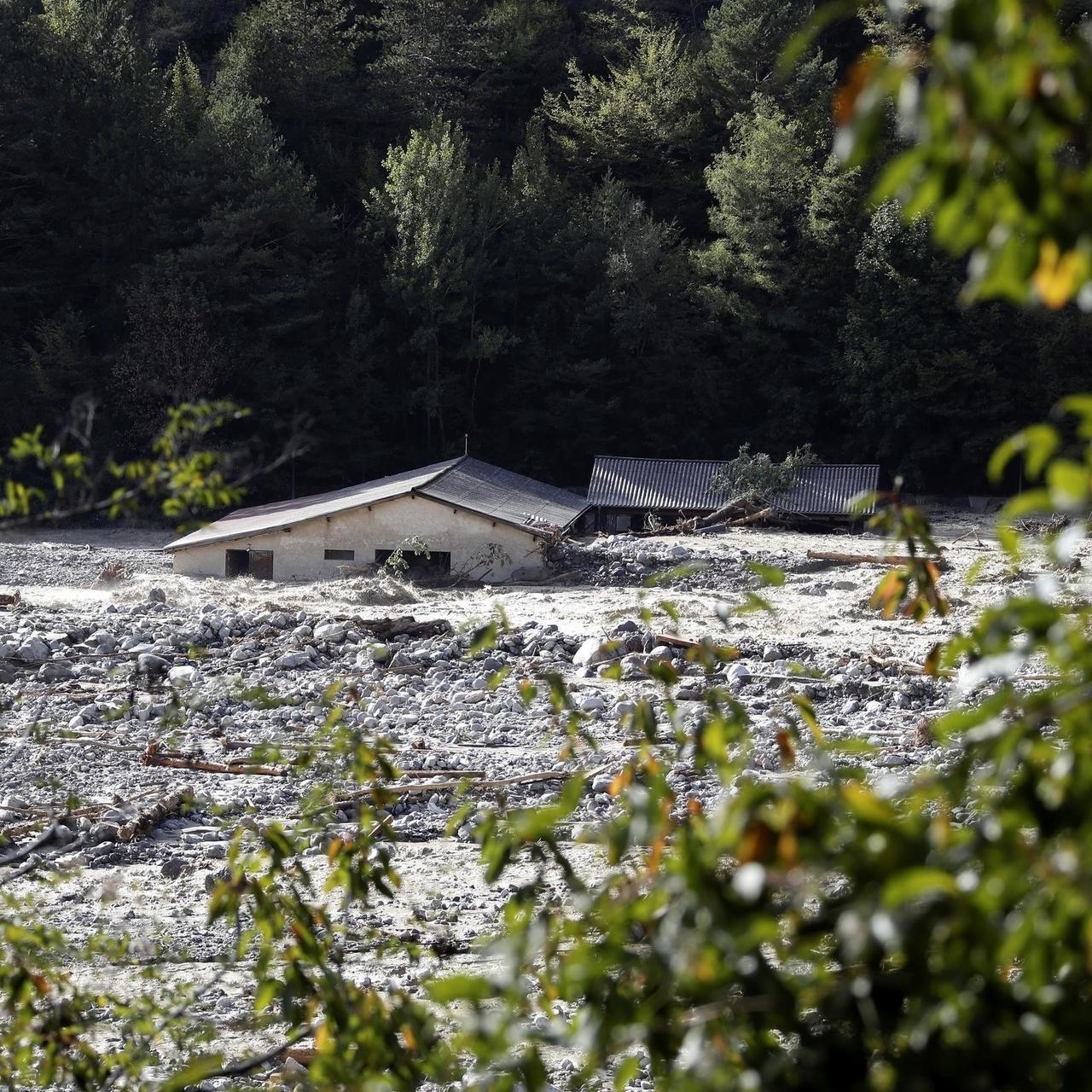 On the French side of the border, others remain unaccounted for. The torrential rain and flash floods battered the area, washing away roads and houses and triggering landslips.

Emergency services recovered four bodies on Sunday on the Mediterranean coast of Liguria, Italy, according to Italian media. Italian and French teams are working together to identify them.

In Breil-sur-Roya, a French village close to the Italian border, houses were buried in mud and turned-over cars were stuck in the riverbed.

In Roya valley – where rescue efforts were concentrated – there were roughly 1,000 firefighters as well as helicopters and the army searching for survivors and helping those whose homes were destroyed.

Storm Alex barrelled into France’s west coast on Thursday, bringing strong winds and rain across the country before moving into northern Italy.

“What we are going through is extraordinary,” said Bernard Gonzalez, prefect of the Alpes-Maritimes region.

A volunteer firefighter on a rescue operation and a man whose car was washed away were confirmed to have died Saturday by Italian officials.

France also announced they suffered two fatalities. The first found was a shepherd whose body was pulled from a river near the border. Firefighters later announced a man had been found dead in his car in the southeastern village of Saint-Martin-Vesubie.

France has declared the region a natural disaster zone.

Saint-Martin-Vesubie, a village home to 1,400 north of Nice, was completely cut off by the storm.

Tourists and residents gathered in the village square to be airlifted to safety, an AFPTV journalist said.

“My three-storey house, it’s in the river,” said villager Sandra Dzidt, 62, who had to flee the floods dressed only in her nightgown. “All I have left is a tiny piece of wall and a door.”

Emergency crews have been handing out food and airlifting thousands of bottles of water into remote villages cut off by the storms.

French PM Jean Castex inspected the damage on Saturday, saying he feared the number of people missing could rise after dozens of cars and several homes were swept away.

Many phone services were disrupted, with some villages using satellite phones to communicate with rescue services.

The presidents of Italy’s Piedmont and Liguria regions signed a letter calling on the government to declare a state of emergency with several villages cut off.

“The situation is very serious. It is like it was in 1994,” when 70 died after the Po and Tarano rivers flooded, Piedmont’s president, Alberto Cirio, told La Stampa newspaper.

“The difference being 630 mm of water fell in 24 hours — unprecedented in such a small timeframe since 1954.”

Cirio added Italy was already struggling to cope with the effects of the coronavirus which has left some 36,000 dead and shattered the economy over the past six months.

“We are already in an extraordinary situation. Because of the pandemic, the region will this year receive 200 million euros less in tax receipts. If the state does not intervene (with rescue funding) we shall not recover.”