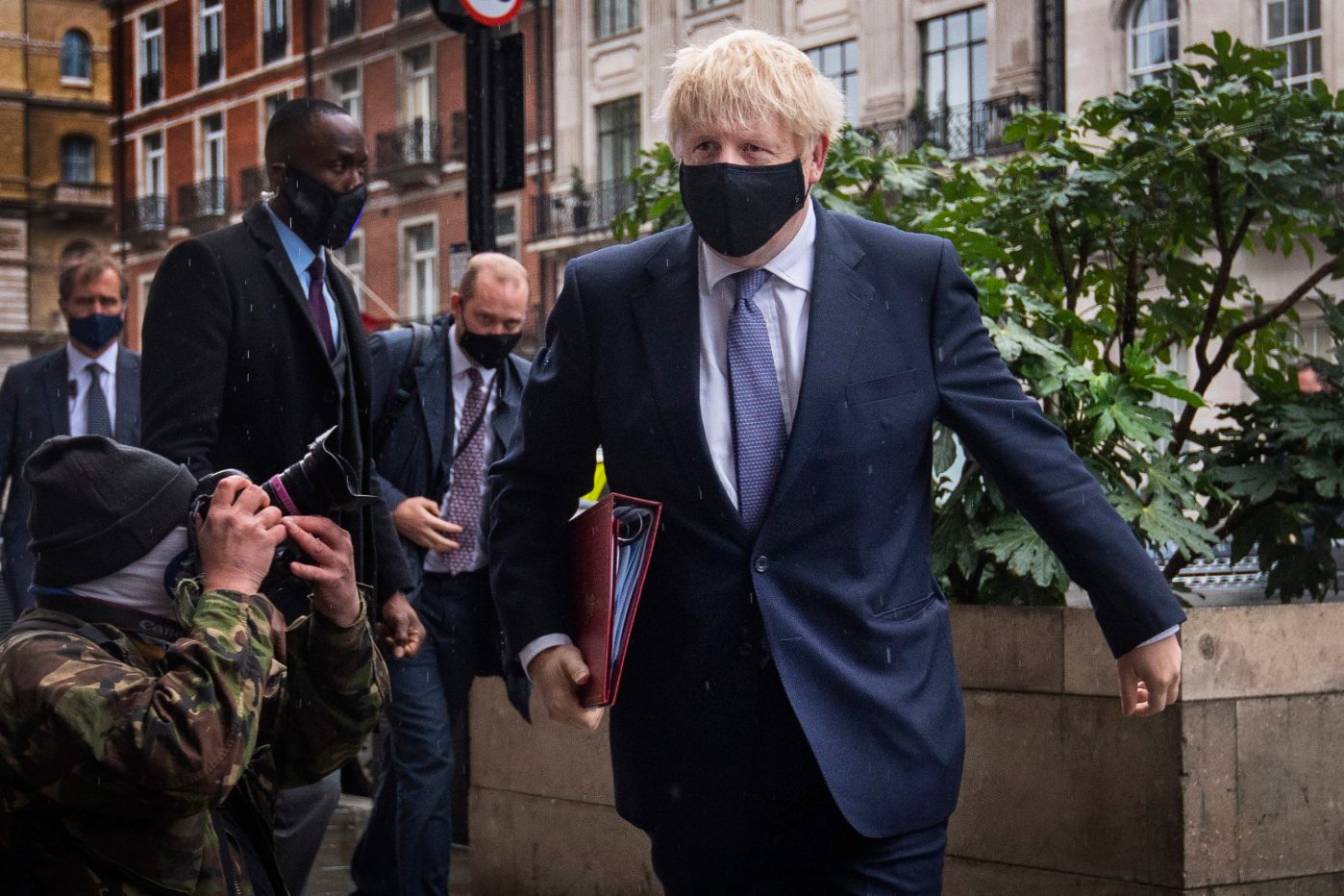 Prime Minister Boris Johnson has warned it may be “bumpy through to Christmas” and beyond as the UK deals with coronavirus.

The PM told BBC’s Andrew Marr, there was “hope” in beating Covid-19 but called on the public to “act fearlessly but with common sense.”

He said the government was taking a “balanced” approach between saving lives and protecting the economy.

His comments come as the UK hits 10,000 new cases for the first time since mass testing started.

The PM said: “The best thing we can do now for all those who have suffered in the course of this pandemic is bring it to an end in the speediest possible way.”

Labour’s shadow health minister criticised the interview as a “wasted opportunity” to set out a “serious strategy to improve public confidence in the government’s handling of this crisis”.

He said: “Instead [the PM] waffled and ducked every question. His serial incompetence is holding Britain back.”

Boris said he took “full responsibility for everything that has happened since the pandemic began”, admitting the Test and Trace system was “not perfect”.

But he said scientific advisers had told him that by spring “things will be radically different and we will be in a different world”.

When asked about how effective the latest local lockdowns were, the PM said it was “too early to say.”

The prime minister said he understood the “frustrations” of people living in the affected areas, but defended the action, saying: “I’m a freedom-loving Tory. I don’t want to have to impose measures like this, are you crazy?

“This is the last thing we want to do. But I also have to save life. And that’s our priority.”

“And I also think, by the way, that’s the priority of the British people and I think they will want to see their government continue to work, continuing to fight the virus and that’s what we’re doing.”

Labour’s Jon Ashworth earlier called for the government to publish guidelines on what criteria they used to impose local lockdowns and to involve local council leaders and health officials.

He said there were questions as to why current areas have extra restrictions, while the constituencies of cabinet ministers with higher case numbers remained unchanged.

“Because there are no clear guidelines as to why an area goes into restrictions, and how an area comes out of restrictions, then there is a suspicion that there is political interference,” he told Andrew Marr.

“I hope there isn’t. But until the government publish clear guidelines, that suspicion will always linger.”