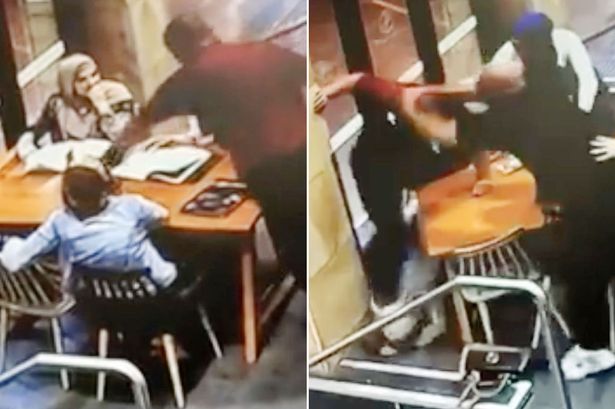 Stipe Lozina – an Australian man- has been jailed for three years for punching and stopping on a pregnant Muslim woman.

Rana Elasmar, a mother of four, was sitting in a Sydney Cafe, wearing a hijab, when Lozina approached her table. At the time of the attack in November, she was 38 weeks pregnant.

After briefly speaking to her, Lozina punched Elasmar several times and stomped on her head when she fell to the ground. Elasmar’s friends and other patrons leapt from their seats to restrain him.

He allegedly made a racist remark before the unprovoked attack, according to Nine News. Elasmar told Nine News she had been forced on protecting her baby.

She suffered minor injuries in the attack and her son was unharmed.

“If you feel the right to physically or verbally abuse somebody who looks a bit different than you, then Australia’s not the right country for you,” she told reporters outside court last month.

Elasmar was experiencing the physical and psychological effect for months after the attack, her sister told Seven News in June.

Lozina pleaded guilty to assault, but he claimed it was not an Islamophobic or racist attack. “I don’t hate them, but I don’t get along with them. I’ve got no business with them,” Lozina said in court, according to Nine News.

On Thursday, he was sentenced to a maximum of three years in jail, with a non-parole period of two years.