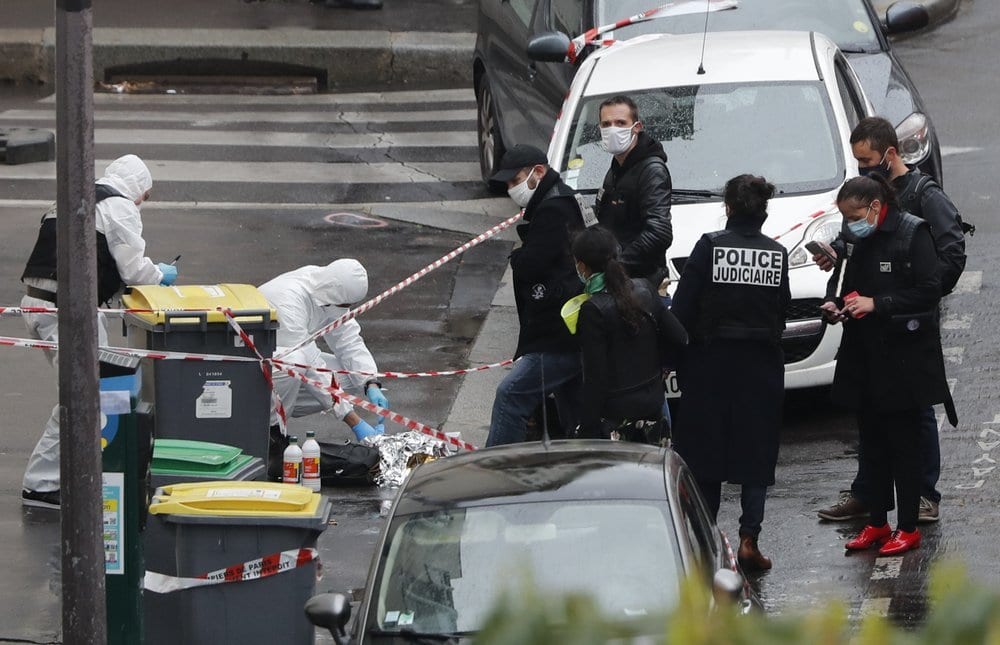 Police in France are studying a video in which the man suspected of attacking people with a meat cleaver on Friday says he will commit an act of “resistance” after the republication of cartoons mocking the Prophet Muhammad in a satirical magazine.

The suspect – who is from Pakistan – was arrested soon after two people were wounded in front of the old offices of the Charlie Hedbo magazine. Officials said his clothes were splattered in blood.

According to French media, the video in question was found on the suspect’s phone. Reuters could not independently authenticate the video recording. A police source confirmed the video was being examined.

In the video, the suspect identifies himself as Zaheer Hassan Mehmood and says he came from Mandi Bahauddin in Punjab province. Starting to sob, he then recites poetry praising the Prophet Muhammad.

“If I’m sounding emotional, let me explain: here, in France, the caricatures of the Prophet Muhammad were made,” he says in Urdu. “I am going to do (an act of) resistance today, Sept. 25.”

The suspect’s father praised his son

“My heart is filled with happiness,” Arshad Mehmood told the online news site Naya Pakistan from the family home. “I can sacrifice all my five sons to protect the Prophet’s honour.”

“He called us … and said that God’s Prophet had chosen him, and assigned him to kill the blasphemers.”

The cartoons were first published by Charlie Hebdo in 2006 and in 2015 militants targetted the magazine’s office in an attack that killed 12 people and was claimed by Al-Qaeda.

The weekly magazine – which moved to a secret location after the attack – republished the cartoons earlier this month to mark the beginning of the trial of 14 people with alleged links to the Charlie Hebdo killers.

The suspect – wearing a long tunic – said he was spiritually guided by Ilyas Qadri – a Sunni cleric and the founder of Dawar-e-Islami, a non-violent organisation spread across the globe.

Qadri says a person who commits blasphemy should be handed in to police, but if another individual were driven by their emotions to kill the blasphemer, the law should not apply.