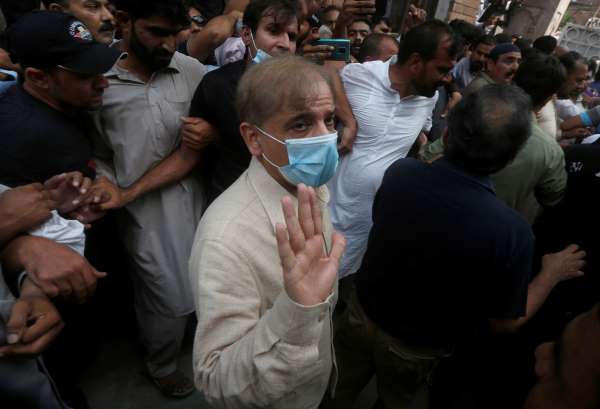 Pakistan’s anti-graft body arrested an opposition leader Monday over his alleged involvement in a money laundering case. A court rejected bail for him, a move coming just before planned protests next month by his party looking to force PM Imran Khan’s resignation.

Shahbaz Sharif of the Pakistan Muslim Leauge party was arrested at court after being denied bail, said Faisal Raza Bukhari, a lawyer for the National Accountability Bureau. The anti-graft body will now question Sharif at their jail, Bujharu said.

The Pakistan Muslim Leauge party criticised his arrest as being politically motivated. It comes a week after Shahbaz Sharif’s brother broke a nearly yearlong silence from exile in London, vowing to oust Khan from office through the protests. Sharif accused Khan of only reaching power with the military’s help.

Khan’s government has dismissed Sharif’s allegation, saying the opposition is only united because they fear ongoing corruption cases targeting them.

Pakistan’s military has ruled the country – directly or indirectly – for most of its history. Pakistanis went to the polls in 2008 after a military dictator stepped down and voted for the party of former President Asif Ali Ardaeri, who also was indicted Monday by another court in another corruption case.

He is currently on bail and attends regular court hearings against him.