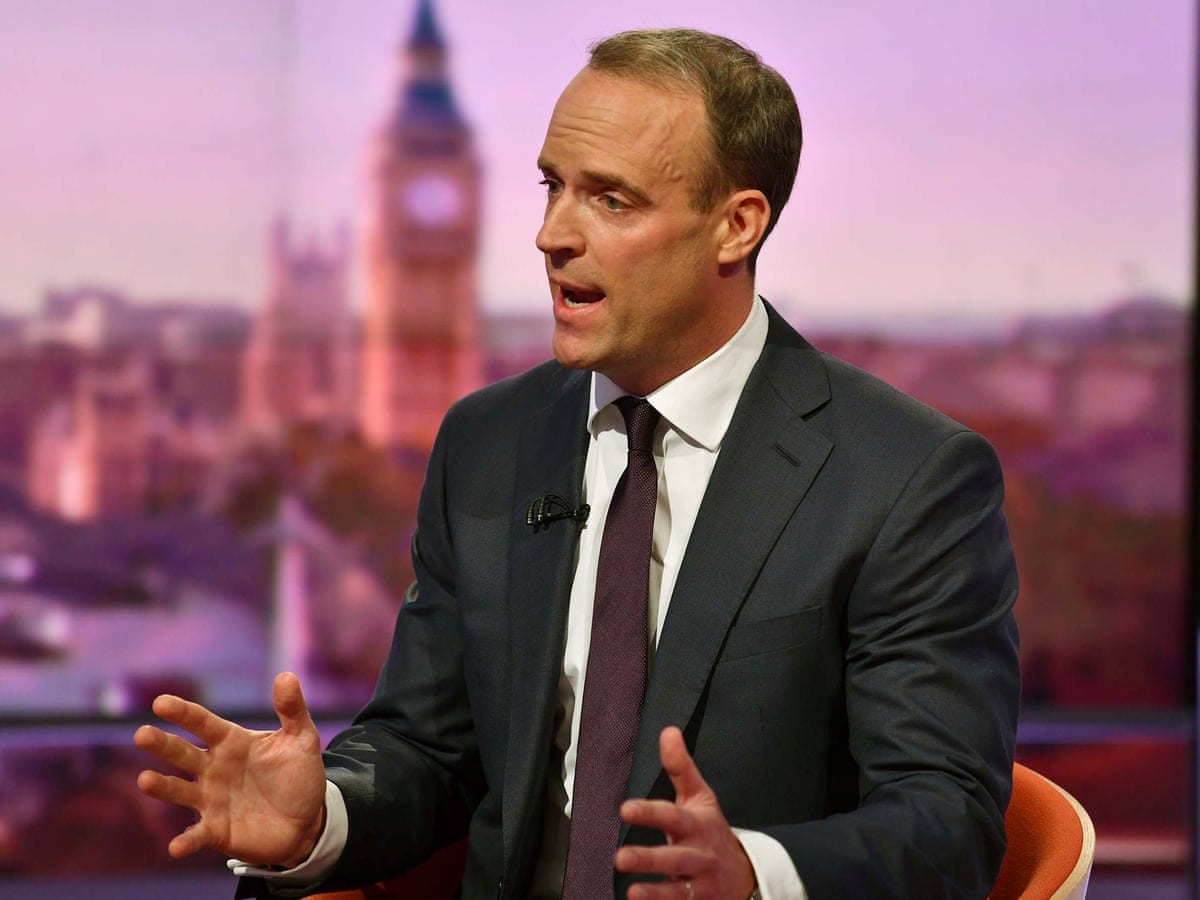 Foreign Secretary Dominic Raab has defended the “balanced, targeted and proportionate” new Covid-19 measures amid criticism from some scientists.

In England, people are once again being told to work from home if they can and rules on face coverings have been expanded.

Prof John Edmunds, who advises the government said they did not go “anywhere near far enough.” But other scientists say they are hoping for a shift towards a more coherent policy.

Tighter restrictions have been announced in all four UK nations. Other measures introduced in England include a 10 pm closing time for pubs and restaurants and the number of wedding guests has been halved. The fines for breaking the rules are set to increase to £200 on the first offence.

In Scotland and Wales, hospitality venues have to close early and in Scotland people have been banned from visiting other people’s homes from Wednesday. Northern Ireland has also banned households mixing indoors.

On Tuesday night, the prime minister said “we must reserve the right to fo further” if cases continue to rise.

Boris Johnson added  he was “spiritually reluctant” to infringe on people’s freedoms, “but unless we take action, the risk is that we will have to go for tougher measures later when the deaths have already mounted.”

Prof Edmunds said the lockdown in March – which saw the closure of schools, hospitality venues and businesses – had involved a combination of measures which brought the R number down from 2.7 to 0.7.

To stop the epidemic from growing, a large range of measures was needed and he said he doubts the R number will be below 1 before Christmas. “I suspect not. There’s a chance, of course, there’s a chance,” Prof Edmunds said.

“To slow the epidemic down will mean putting the brakes on very hard. I suspect we will see very stringent measures coming in through the UK but it will be too late,” he said.

The British Medical Association echoed Prof Edmund’s warning that the measures do not go far enough and criticised ministers for rushing workers back to offices as infection rates were rising.

It said the PM had missed the opportunity to revise the rule of six in England in light of data suggesting the spread between households was the biggest driver of infection.

Prof Carl Heneghan wrote to the government on Monday saying there should be more targeted measures to protect the vulnerable because suppression of the virus was increasingly unfeasible.

Speaking to BBC’s Today, he said the measures seemed to show the emphasis of public policy was moving to personal responsibility.

“There’s a clearer aim that’s happening,” he said. “We’re starting to understand that we’re trying to control the spread of infection as opposed to suppress it.”

He made clear, we need to give these measures time to work and maintain a clear and consistent public message and not to panic.

Prof Chris Whitty is understood to believe it is inevitable England will have to follow Scotland’s latest move, according to the Times.