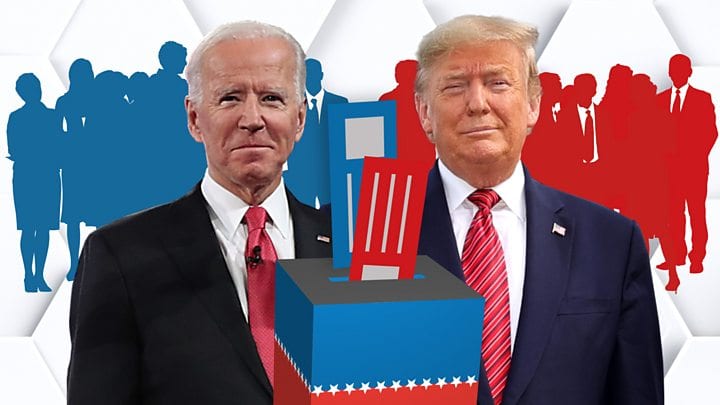 Trump releases nearly $13 billion in aid to Puerto Rico, in what the Democrats call a clear political move.

Ruth Bader Ginsberg’s death reshaping election as Trump says he’ll move quickly to replace Ginsberg a move that could tip the court further to the right.

Biden to scale back US reliance on nuclear weapons if elected.

Biden slams Trump on the economy, saying the president has done little to control the pandemic and has given up pretending to do his job.

Early in-person voting starts in several states including swing state Minnesota – ahead of campaigns from Trump and Biden.

WHEN IS THE ELECTION?

HOW WILL THE WINNER BE DECIDED?

WHO ELSE ARE WE VOTING FOR?

WHEN DO WE FIND OUT THE RESULTS?

WHEN DOES THE NEW PRESIDENCY START?