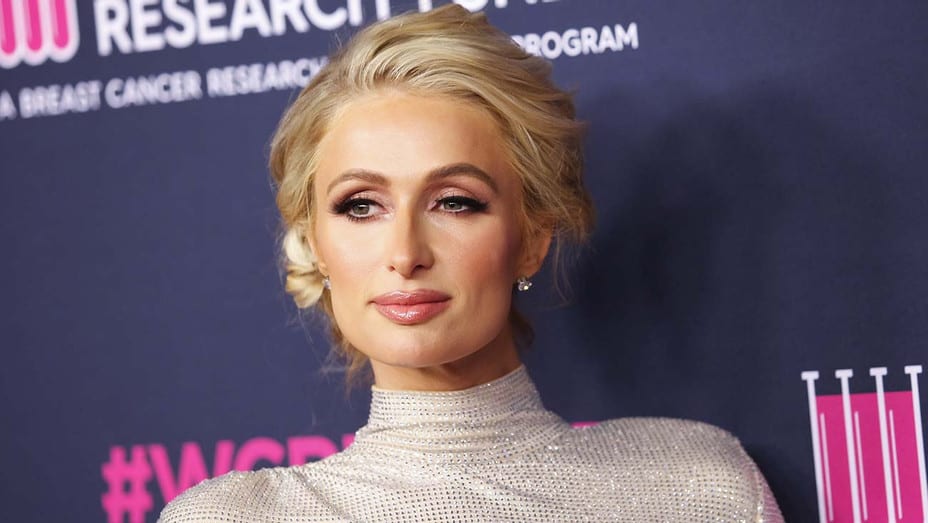 This Is Paris gives rare insight into the real Paris Hilton as she opens up about alleged abuse, fame and her $1bn goal.

Paris Hilton has released a new documentary – This Is Paris – to show the world the woman behind the famous “character” she created. The new documentary details deeply personal allegations of abuse at a residential behavioural school she was sent to as a teenager.

Speaking to Sky News – in her only UK interview to promote the doc – Paris discusses the real her, her goal to make $1bn and why a “weight has been lifted” now she is finally ready to speak.

Speaking to Sky News via a Zoom call, Paris says when the film started it was to clear up the many misconceptions she feels are attached to her name, a film designed to show she’s a lot smarter than what we saw in The Simple Life.

“I’m very proud of all my accomplishments and I feel that there’s just been so many misconceptions about me,” Hilton says. “I wanted to show people who I really was.”

The documentary starts with Hilton mimicking her famous baby voice, her real voice is actually much deeper. It shows her treatment in the media and modern pop culture as “an irresistible punchline.”

Paris goes on to talk about the cartoon caricature of Paris Hilton that she is “stuck” with. “Her brand is a lot more glamorous than she is,” says sister, Nicky Hilton Rothschild.

Later in the documentary, Paris is seen trying to reconcile feelings of intense loneliness and despondency – “I don’t even know who I am sometimes” – with the attention she says she loves, and her goal of becoming a billionaire; her sister calls her “greedy” and says she “won’t turn down a cheque.”

‘Staff ‘got off’ on torturing kids’

Whilst filming the documentary, Paris was travelling for work for around two-thirds of the year. As the cameras followed her during a press tour in Korea, exhausted and sad, she opened up about the alleged abuse she went through as a teenager.

Paris says as a teen she would sneak out and go clubbing in New York. Her parents eventually sent her to an “outdoor wilderness programme” and later a residential behaviour school in Utah.

Speaking on the alleged abuse she says she feels staff “got off” on “torturing children and seeing them naked” and humiliated. At Provo Canyon in Utah, Paris claims, is where she was physically and mentally abused; beaten, forced to spend time in solitary confinement and given prescription drugs.

“I definitely feel like a weight is lifted off my shoulders,” she tells me, now that she has told her story publicly. “At first I was very nervous and when I was even in the editing room [for the documentary], I was like, we need to cut this out, I don’t want anyone hearing about this.”

But she changed her mind.

“I’m getting just an outpouring of emails and people contacting me, survivors who have been at the same school, parents who, because they saw the trailer, have pulled their children out of there,” she says.

“People saying thank you so much for being so brave. I haven’t ever told anyone this either because I was just so traumatised and didn’t want to talk about it. Just the fact that it’s helping make a change makes it all worth it to me that I said my story and that I even went through this.”

When Sky News asked her what she would say to those staff now, she said “I would say, how can you treat children like this? What’s wrong with you? How do you live with yourself?” She pauses for a second. “You are a terrible person and you deserve to be in jail.”

In the second half of the documentary, Paris meets with other students who were there at the same time as she was.

“Just talking with them about how I was before I went there and hearing their stories, and then also just not feeling alone… I just felt that no one ever understood me [before] because no one knew the story. So to be able to speak to people and be free and… it was just a very special experience for me.”

This Is Paris also sees the star discussing her experiences with anxiety after he time at the school and her struggles with trust issues.

‘They made me the villain’

Paris Hilton and Nicole Richie in The Simple Life

She talks about the infamous sex tape that was leaked without her consent in the early noughties, just as her reality show The Simple Life was taking off, saying the leaking of the tape was like being “electronically raped.”

The tape was made when Hilton was 19 and released by her then-boyfriend Rick Salomon, was in his early 30s. She agreed to be filmed but never thought anyone else would see it.

“It would be a completely different story” if something like that were to happen to a young woman today, says Hilton, “Back then, they made me like I was the villain.” People thinking she “did it on purpose”, that it was released to increase her fame, hurt just as much.

Hilton says she is grateful to movements like #MeToo as the balance has now shifted.

“Now women are getting the respect they deserve because I wasn’t… you know, obviously, lucky in that situation,” she says. “But today, at least, there’s change. So… I’m happy for the future of women that they wouldn’t have to go through something like that because it’s one of my biggest regrets of my life and something that will traumatise me for the rest of my life.”

Hilton, now in a relationship with Carter Reum, says she’s never been happier.

“Even when I watch the film, I’m like, oh my God, I don’t recognise that person at all. I was so lost and just sad and lonely. Having to travel 250 days out of the year by myself, in foreign countries, with strangers everywhere… it was obviously a very lonely life so to now be just with the most perfect man and feel so safe and finally have opened my heart for the first time, that is just the best feeling in the world.”

The film also shows the not-so-glamorous side to her life including interactions with screaming fans and paparazzi.

“It can get very frightening at times, just when [photographers] are getting so aggressive and trying to fight for a shot or chasing me in a car,” she says. “I’ve been in a lot of situations where it’s been really scary, especially when there’s just so many of them jumping on top of each other. It just gets crazy. It’s very weird, but I’m used to it.”

Did she create a monster?

As a woman written off as “famous for being famous” and an influencer before we had influencers, she talks about feeling like she has “created a monster”.

“The positive is anyone with a phone could build a business or a brand just by showing their talents or what they love to do, their passion. And I think that’s an amazing thing with technology.

“But see, the bad side is just… I can’t imagine being a teenage girl and having to deal with the pressures of society and perfection and caring about followers and likes and, you know, people coming on your page, writing mean comments. I can’t even imagine how hard that is and just… I don’t think it’s good for a young girl to have to go through that.”

‘I don’t have a perfect life’

Paris Hilton in her new documentary This Is Paris

The real Paris and the character appear to be very different and the star seems to have a love-hate relationship with the character she built her empire on. Sky News asked Paris if she was addicted to the character.

“I think because I had been through such traumatic experiences in life, I feel that all I wanted to do was focus on my business and my success,” she says. “And it was probably in a way which I didn’t even realise till watching my film. I think I was doing it as a distraction to not think about what I went through. And that [making $1bn] was my goal because all I cared about was business, but now I’m putting my personal life first.

“So, of course, I’m going to continue working but… money doesn’t buy happiness. And that’s not my goal anymore, my goal is just to have an amazing future and family and just focus on what matters most.”

“I’m excited for people to see that there is so much more to me than I’ve ever shown,” she says. “To see that I’m a human being, just like everyone else, with feelings.

“I’ve been through things, I don’t have the perfect life. And I told my story, open book. So this is like reading my diary.”

This Is Paris is available on YouTube Originals now

My Tweets
We use cookies to help identify your computer so we can tailor your user experience, track shopping basket contents and remember where you are in the order process. WTX News Our Cookie Policy
Kevin Spacey sued over alleged abuse of two men in 1980 – when they were 14
Netflix’s new documentary ‘Challenger’ is a gripping look at the doomed flight and NASA in danger
To Top
%d bloggers like this: